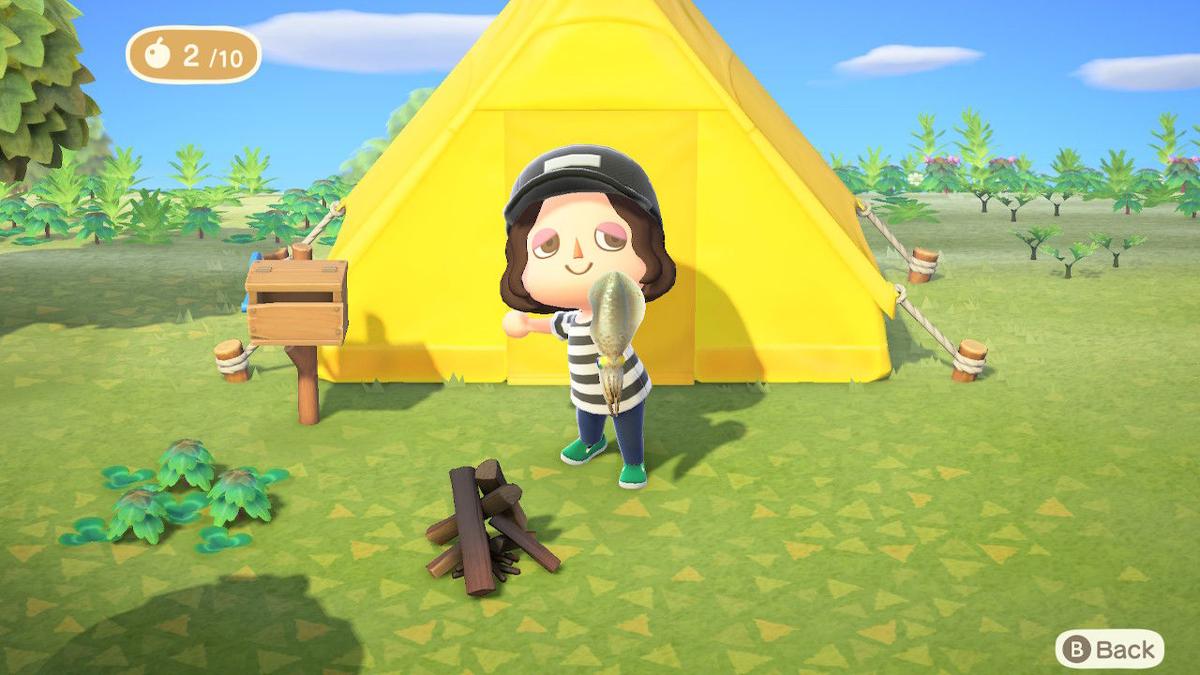 Players begin life on their deserted island living in a tent. 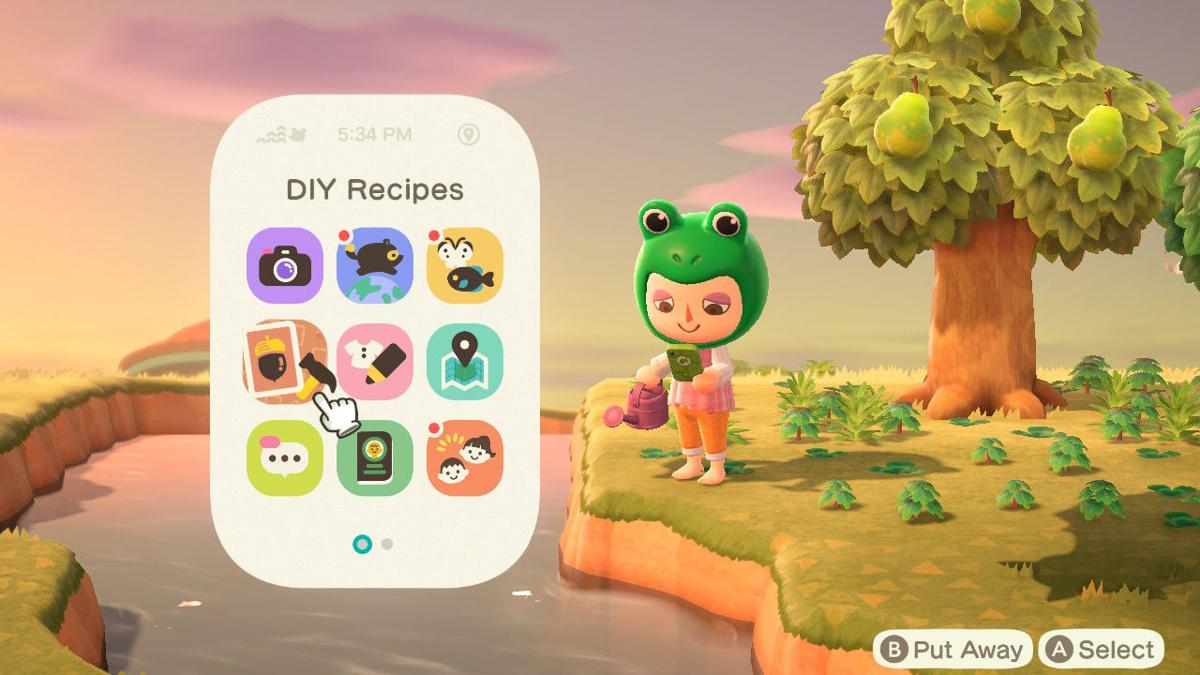 Players are given a Nook Phone by Tom Nook, the CEO of Nook Inc — the company running the Deserted Island Getaway Package. 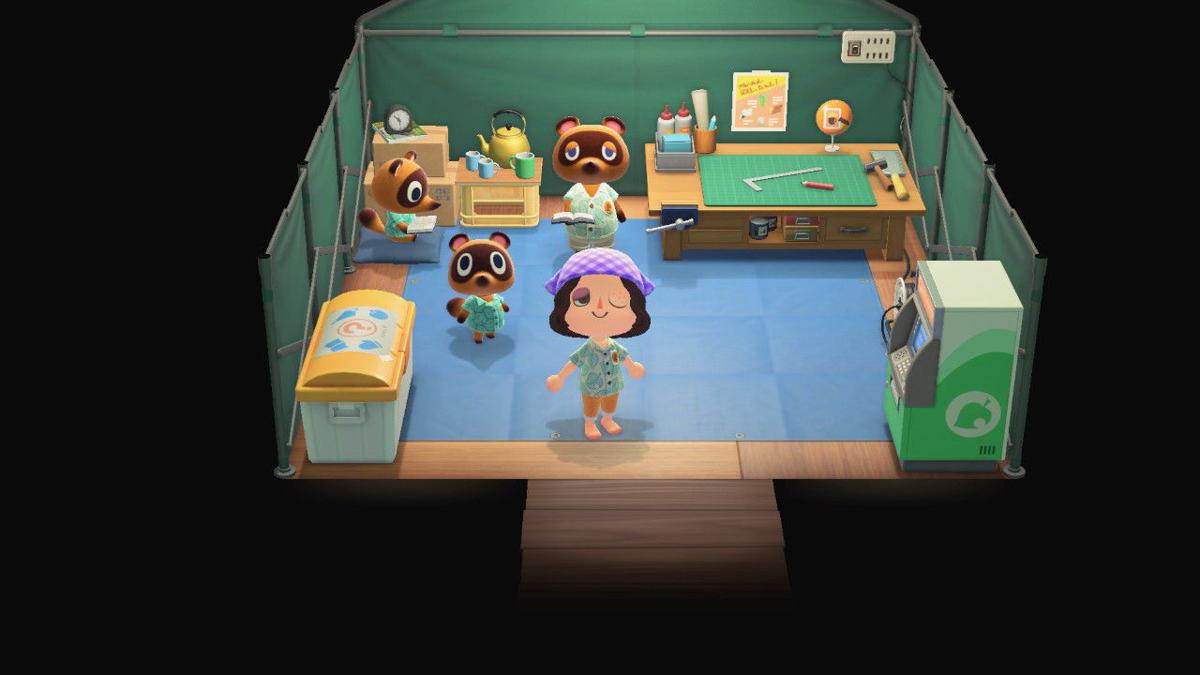 In the beginning stages of the game, Tom Nook works out of the Resident Services tent and provides a crafting table for villagers.

This life-simulation game is perfect for people who are currently self-isolating due to the Coronavirus pandemic. When you begin the game, you are in the first stages of purchasing the Deserted Island Getaway Package, a deal that the game’s famous landlord raccoon, Tom Nook, sells to villagers. Tom Nook’s nephews, Timmy and Tommy, introduce themselves and let players pick which island layout they wish to have — assuring that all of the islands are around the same size.

Tom Nook’s Deserted Island Getaway Package places you and two beginning villagers on, well, a real deserted island. Players begin with nothing but a tent, a cot, a lamp and a radio in the game, and work their way up to craft various tools using tree branches, and Tom Nook’s crafting table, located in the Resident Center in the island’s plaza. Players, along with their villagers spend the first night celebrating new life on their deserted island with a bonfire.

Life on the deserted island includes many new features, such as the Nook Phone. Every player is given a Nook Phone, which has multiple apps, including:

The DIY feature of the game is perhaps what makes the game so much different from the past Animal Crossing main games. A feature that was pulled from the spin-off game, Animal Crossing: Pocket Camp, DIY allows players to craft tools, furniture, decorations and more after learning or being given the recipes. With this new addition, the old-school Animal Crossing games have definitely gotten a Minecraft-style makeover.

Another Minecraft-style feature new to New Horizons is the terrain modification feature. This feature can be seen in gameplay screen recordings in the Nintendo Direct for Animal Crossing: New Horizons released on Feb. 20. This feature, however, comes later in the game after a few loan repayments and house upgrades.

As time has worked in previous Animal Crossing games, it follows real-time. Timmy and Tommy also allow players to choose if they want the seasons to change as they do in the Northern or Southern Hemisphere — allowing for both the time and seasons to pass at the same speed as real life.

With time lapsing at the same speed as real life, comes the need for patience. Many of the projects and building renovations Tom Nook provides or has villagers work on must allow for overnight construction. It was agonizing to have to wait for your tent to become a brand-new home on the deserted island, but players who are used to the way time works in past Animal Crossing games knew it was coming. Some players give in and change the time on their Nintendo Switch console to accelerate the speed at which they can play the game. But most island-dwellers — like myself — are using their time in self-isolating to relax, catch a few fish and bugs and take Animal Crossing: New Horizons one day at a time.

Animal Crossing: New Horizons has exceeded the expectations of fans who have waited well over a year for the release. One critique of the game is that only one island is allowed per Switch console — with up to four extra residents per island. This feature allows for multiplayer, with one player becoming the leader and the rest following. Various players have complained about this new feature, saying the one island limit is too limiting because it allows all of the players access to the same amount of resources.

That being said, island-dwellers with their own console who want to visit others can go to the airport on their island, using Dodo Airlines to fly to friends’ islands. Players can also spend Nook Miles, gained by getting experience, to purchase a Nook Miles Ticket and fly to mysterious islands. Do be warned, the dodos will make sure you don’t leave anything behind because it is impossible to make it back to the same island!

This long-awaited game takes the best features of the last two released Animal Crossing games, and combines them into one, perfect console game.

Mobile games to keep you entertained in a more interactive way