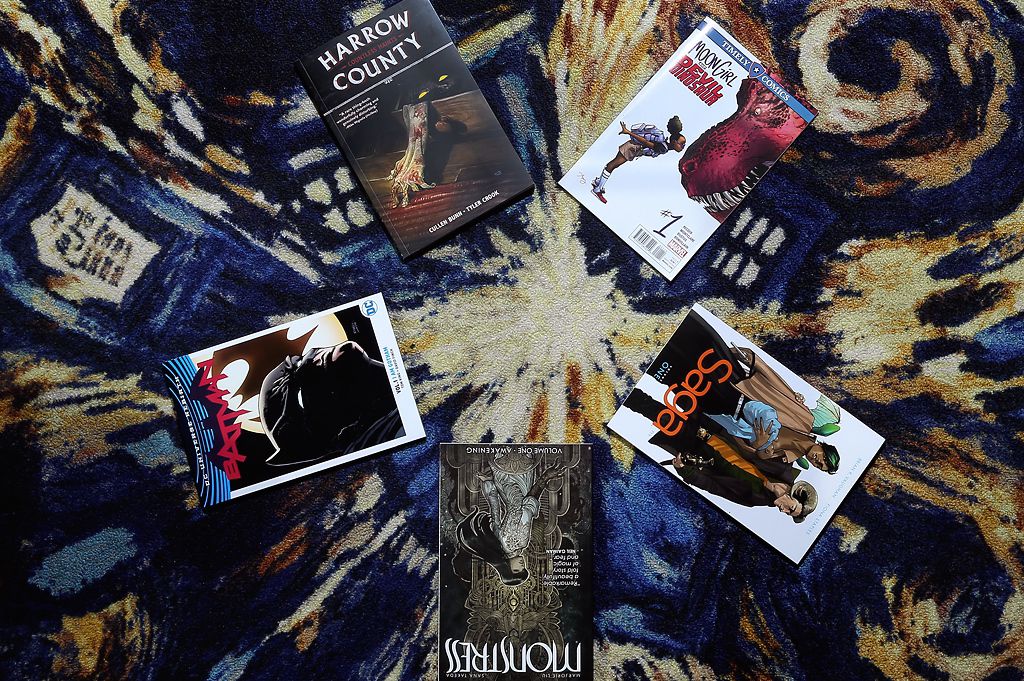 To satisfy your comic needs or get accustomed to the genre, these five comics will get you started on the right track. 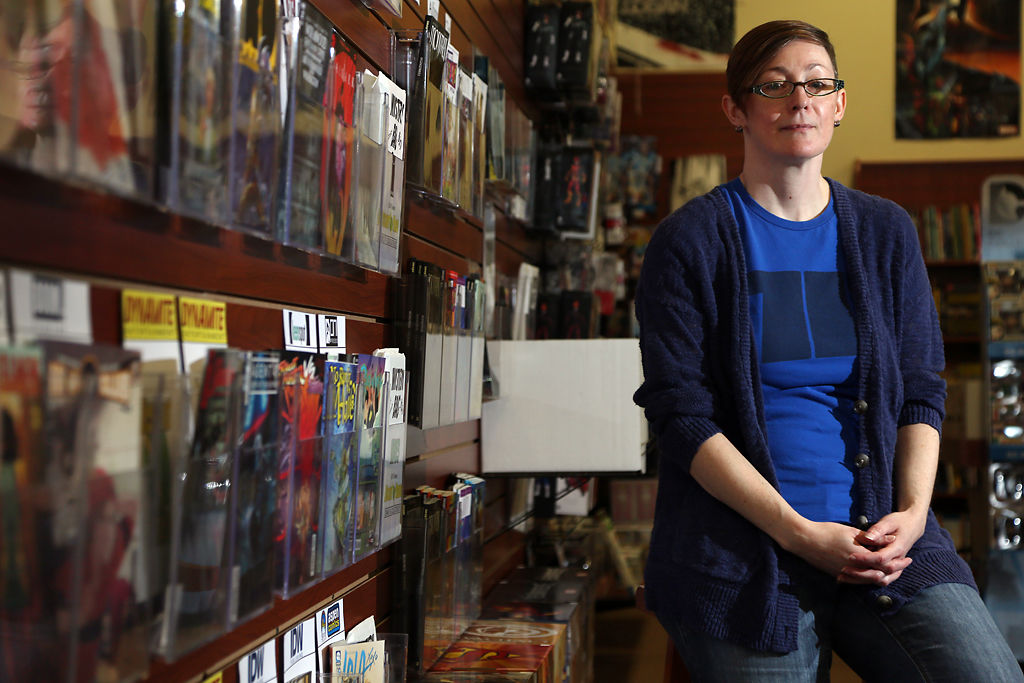 Managing co-owner of Distant Planet Comics & Collectibles Brandy Cross recommends 'Saga'; 'Monstress'; 'Moon Girl and Double Dinosaur'; 'Batman' and 'Harrow County' as great starter-comics. She says they suit the needs of a variety of people, depending on where their interests lie.

Looking to spice up your reading list? Dive into the world of comics to celebrate Local Comic Shop Day Nov. 18. If you’re unfamiliar with this genre or want some fun, quick, action-packed reads, check out these starter-comics as you peruse comic stores in Columbia.

“Comic culture is everywhere now,” says Drew Stuart, owner of CoMo Comic Books. “You can’t watch TV or movies without seeing something that is based on a comic book.” Brandy Cross, managing owner of Distant Planet Comics & Collectibles, suggests these five comics for different types of readers.

Saga by Brian K. Vaughan with art by Fiona Staples

Enter the exciting world created by award-winning comic book writer Brian K. Vaughan, whom you might recognize as one of the writers of the popular sci-fi television series Lost. The comic is a fantasy space opera about a family trying to raise a child during intergalactic war. “It’s a really easy transition into the world of comics,” Cross says.

The captivating storyline is matched with equally fascinating artwork from artist Fiona Staples that shows the capacity of the genre. Stefan Sheffield, sales associate at Slackers, says it’s the best comic book he has ever read.

For art lovers and feminists

Monstress by Marjorie Liu with art by Sana Takeda

This award-nominated comic features a leading female character who tackles intricate themes of race, exploring one’s inner self, slavery and war. The impressiveness of the artwork brings life to the complexity of the story.

“It’s beautiful,” Stuart says. “It’s the kind of thing you want to put on your wall and just look at.”

The artwork goes hand-in-hand with the feminist angle of the story. “The detail of art is amazing,” Cross says. “It’s written by a woman who incorporates feminist ideas in her writing without being over the top, and it stars a very strong female character.”

Throughout history, it is common to see comic books with leading characters who are straight white males. Marvel created this series to incorporate diversity that more accurately represents the world. The reboot of Moon Boy and Devil Dinosaur reimagines Moon Boy as a young black girl, which carries out Marvel’s method of diversity. The original Moon Boy comics focused on a white boy and his adventures and battles against evil.

“This is an excellent one for people to get into with Marvel,” Cross says. “It’s a really important comic because the main character is the smartest person in the Marvel universe.”

Do you enjoy classic heroes with tights and capes? If so, Captain America and Marvel come together for a fun and quick read. Stuart says it’s a captivating story that grabs the reader from the get-go. “I think it’s the best 25-issue run in the last 25 years,” he says. This issue shows flashbacks to the war era and focuses on the reinvention of Captain America’s dead partner, Bucky.

The Unwritten by Mike Carey with art by Peter Gross

If you like Harry Potter but want another perspective of wizards, check out The Unwritten series. Mike Carey tells the tale of the young wizard Tom Taylor, who is portrayed as arrogant in conjunction with his celebrity status. Tom claims that his only skill is his knowledge of literary classics, and his adventures revolve around stories such as Frankenstein and Moby Dick.

“This one hit me like a pile of bricks,“ Stuart says. “I couldn’t put it down.”

Four books by local authors that hit the bestseller lists

How to start your own vinyl collection

The five best superhero movies of all time

Taking it in stride