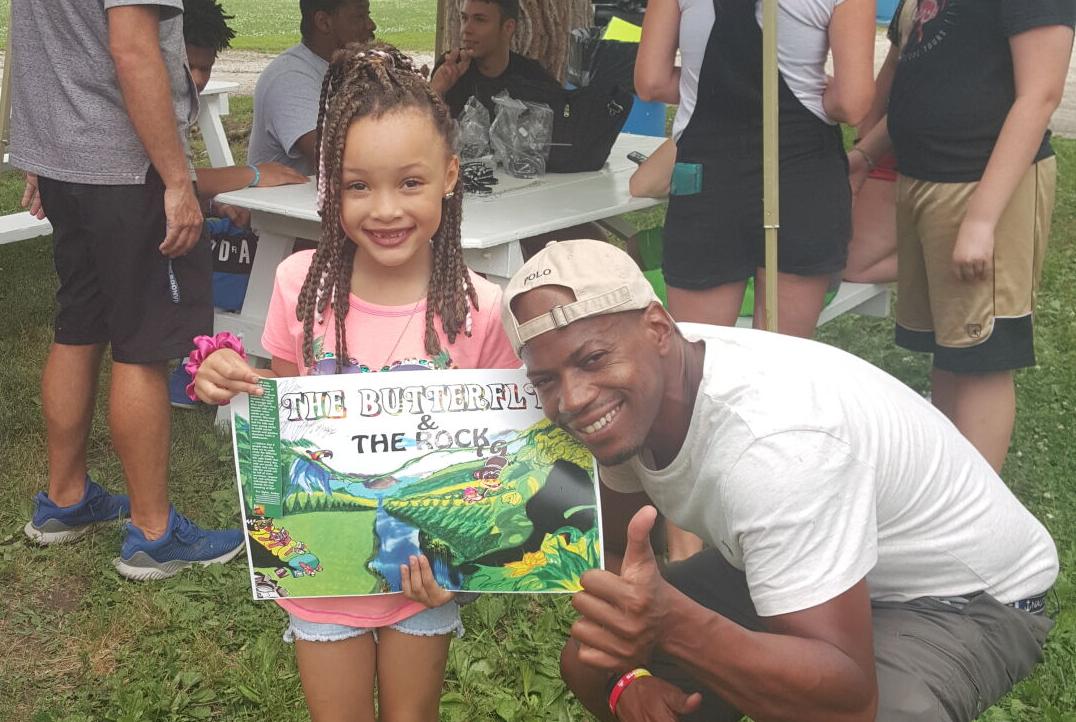 Children's author PJ Myles promoted his books at the Boonville Juneteenth celebration last month. He's been seeking donations to help with publishing his work and developing an interactive cartoon. 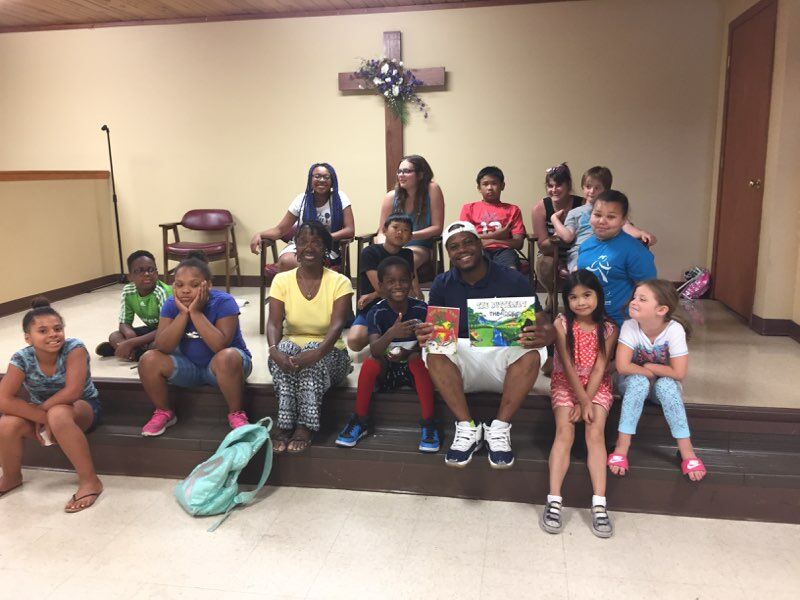 Myles after a reading his book The Butterfly and the Rock to kids at Second Missionary Baptist Church's summer program.

Typically, it's only a matter of time before a celebrity decides they need to write a children's book just to say they did, but for Peter "PJ" Myles, making children's stories has been a long-time pursuit. The hard work paid off in 2015, when Myles had his first book reading of The Butterfly and The Rock at Nora Stewart Early Learning Center.

The story, Myles's first, was inspired by one of his childhood experiences. He says it is meant to help children with effective communication and relationships. Now, with the book being accepted in Columbia Public Schools’ curriculum, Myles’ stories can inspire kids all over Columbia.

Myles’s creativity and inspiration both come from his own childhood. Without any siblings and with a case of asthma that often kept him inside, Myles says he had to use his imagination to occupy himself. He liked to draw.

“That kept my mind off of what other kids were experiencing: love and family. I didn't really have that.” Myles says, adding that the love from his family didn’t involve as much interaction and communication. “I had to rely on what God gave me, which was my creative mindset.”

He started going to St. Louis Community College – Forest Park for journalism, but eventually left. He got into some trouble afterwards and was jailed. His cell became the birthplace for some of his stories; he just couldn’t let the ideas sit.

“I got a million books in my head,” Myles says.

In 2013, when Myles was released from jail, he decided to move to Columbia for a change of pace. He wanted to break his cycle of being on the streets and being in jail and says that he saw Columbia as God’s way out for him.

He tried to get his own business license so that he could start a photography and videography business, but says it took him three years to get the license from Columbia because his parole officer hindered the process. Finding a job was difficult, and his frustrations led him back to the streets and made him angry with God.

When he later re-committed himself to his faith, he began making the stories in his head a reality. He wanted to create stories for children that tackled social and emotional issues not often talked about at a young age.

So, in 2015, Myles published his first book: The Butterfly and The Rock. In 2016, he launched his media business, called Picture That Media. He’s also published Tit for Tat, a story to help kids not be “petty.”

Myles says he is the first Black man to have a children’s book (The Butterfly and The Rock) accepted into the Columbia Public Schools curriculum.

“I didn't know that the thought that God gave me 13 years ago would be so important,” Myles says. “It’s one thing to create a children's book, sell it, or educate on something, or make someone laugh or giggle or teach a life lesson. But for you to get your book into a curriculum ... that's a whole different ball game.”

Myles says he is grateful that he has been able to use his difficult experiences for something good.

“I had the mentality and hustle (from) when I was selling dope and doing stuff like that,” Myles says. “Same skill sets and principles, but all I did was understand that what I'm doing now, this is legit. God gave me this talent, and I’m gonna flip this.”

Myles is currently working on more projects, including an interactive cartoon based on The Butterfly and the Rock. He is illustrating more of his stories and is looking forward to a book-selling event in Fulton on July 25.