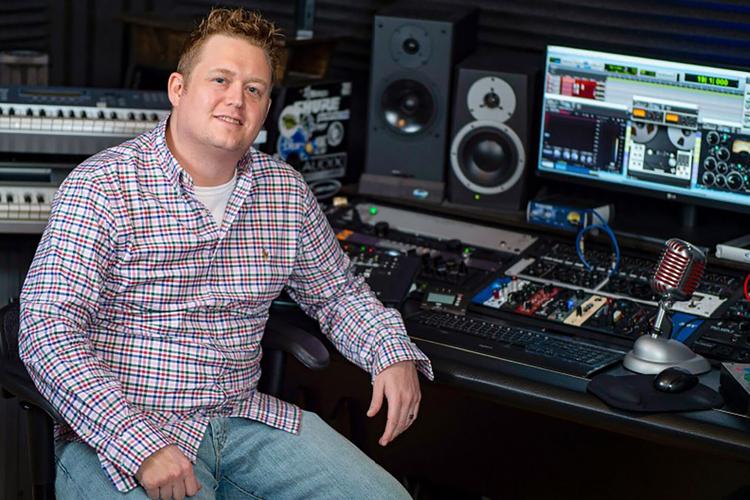 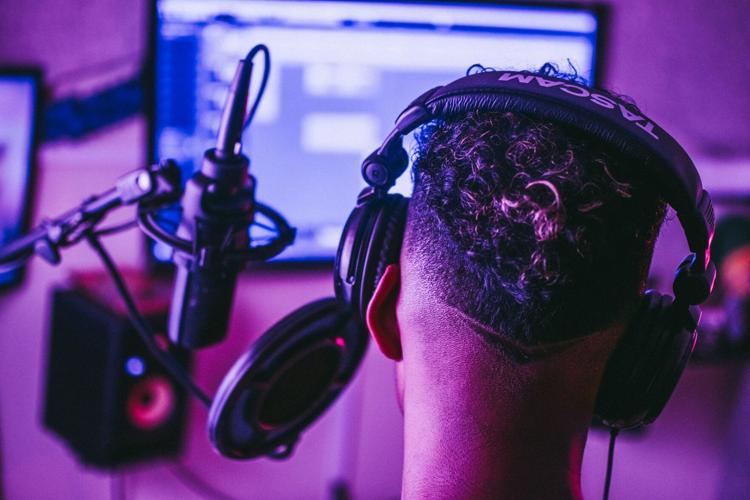 Columbia music producer Tim Hanson recommends that amateur artists try initially recording their ideas at home with whatever equipment they have available.

In an industry as competitive as music production, many musicians might reach a point in their careers when they feel like they’ve hit a wall. If you feel stuck in your musical journey, there are many steps you can take to push forward in Columbia. Here’s some advice Vox gathered from North Village Recording owner Tim Hanson and his client Blake Gardner, Columbia musician and vocalist and guitarist of Blake Gardner & The Farmers.

Check out a local recording studio

Hanson says working with a studio can give your music higher-quality sound, as well as hands-on coaching from producers.

Hanson says he works with many college bands and younger artists who come to his studio before they truly understand what they want to convey through their music. Hanson and the staff at North Village Recording use these opportunities to give critiques to aspiring artists.

“The most important thing in my role is to listen and understand and figure out the best way to be constructively critical,” Hanson says. “Helping people find their sound is a part of that.”

If you can’t make it to the studio, then try sharing your tracks with others online. For instance, the messaging app Discord is a great starting point to upload your tracks and get some quick feedback. The app has many servers catered to swapping tracks and ideas with others.

Journal and record every idea

Even if you don’t have access to a studio, Hanson recommends writing down every idea for a lyric or song.

“Early on, just focus on getting whatever’s in your head out,” he says. “Work with whatever you have. Don’t ever let a lack of access to something, like a studio or equipment or something like that, hinder you from wanting to have a creative process.”

When he began producing music, Hanson only owned a cheap microphone, but he recorded everything at his home. Similarly, he believes others who start out producing their music with in-home equipment might have an edge over others.

“Some of the clients that I think are the best prepared when they come to me are the ones who have a mic at their house and just a little interface, and they’ve recorded their song once on their own,” Hanson says. “Even if their gear is crappy, they’ve acquired a better sense of the song because they’ve listened to a version of it already.”

For those looking to emulate a specific record or band, Hanson says it's worthwhile to find out what equipment their favorite players use.

“Back in the day, you couldn’t find out what gear they used," he says. "Now, everybody’s on social media while they’re making their record."

For production software, Hanson says most professional studios use Pro Tools. Beyond that, FL Studios offers multiple price points for its software, making it a good choice for beginner musicians. But besides paid applications, those new to using audio workstations should also consider free alternatives such as GarageBand, which can be accessed with Apple products.

When it comes to microphones, Hanson says it’s important to research how they are manufactured—especially ones priced under $1,000—to ensure they are decent products. Handmade mics are generally good quality. Also, if they are made in the U.S., it will be easier to ship them back to the manufacturer for repairs, if necessary.

Performing at open mics is a great way to get involved in the local scene and be discovered by venues. Gardner says open mics are a great way to meet individuals who book musicians at venues in Columbia.

But if you really want to make a reputation for yourself, then just attending shows and connecting with Columbia's musical talent is the right step to take.

Back to his roots: Wes Wingate's return to music

Jesse Slade finds his groove with a new record store