At a certain point, you know it’s time to go. Whether the bridge burned or just fell apart, some relationships are bound to stop existing. The cruelest of these are the ones where you don’t have a choice in the matter, without a chance to even say goodbye.

It’s impossible to not form some kind of an emotional connection after spending hours with fictional characters. Entertainment and fiction narratives offer a whole world of escape for days or even weeks. Gamers have two forms of incomplete goodbyes: our franchises and our consoles.

And the credits roll on

It starts with the one without a number. Half-Life. Gears of War. The Force Unleashed. Titles that eventually gain numbers and subtitles as the franchise expands. Unfortunately, there’s a certain point in every franchise where the narrative from game one comes to an end; the characters are either killed off or relegated to cameos in the eventual reboot. The worst is when a franchise fails due to financial constraints or sales numbers; it leaves us with a cold, interrupting reality where investors overwrite our investment in the series.

Funeral for a friend

Most recently, it happened with the Xbox 360. We watched it evolve and change, getting sleeker and quieter. It was beautiful, prices dropped and the console got seemingly infinitely better. Then the news broke: production halted. This was it. End of an era, and for those us that grew up with it, the end of our era. We’ve been around the entirety of the cycle: hype, creation, refinement, death.

Both of these kinds of losses sting in different ways. Sure, they’re losses of certain closure and entertainment. Deeper than that, they’re reflective of the passage of time: We lose the symbol of happiness we’ve clung to for so long. Fictional worlds we escaped into are collapsing, being replaced by bigger and better worlds. There’s one cliché we can hang onto though.

Don’t cry because it’s over. Smile because you can replay it. 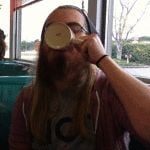