GreenHouse Theatre Project is bringing a play penned in the late 1800s, Hedda Gabler, to a 2019 audience.

The play, written by Henrik Ibsen, enters the world of Hedda, a recently married young woman who is now bored with her married life and seeking something more.

Elizabeth Braaten Palmieri, the artistic director and co-founder of GreenHouse Theatre Project, is starring as Hedda.

"It's so challenging emotionally, physically," Braaten Palmieri says. "It'll be challenging for the audience. This is not a play that they're going to come and sit back and be entertained. This is going to be the kind of piece that brings up a lot of feeling, and hopefully they'll be thinking about that when they leave."

Director Matt Trucano was selected by Braaten Palmieri to take on this show and is motivated by the play's complexity.

“I said to her, 'Liz, this play is impossible — and I only do impossible plays,” Trucano says. "Every day we get to be like, 'Okay those two lines, how are we going to do that?' There's something about being cradled by a great play."

Although the play was first performed in 1891, the GreenHouse production has been updated with contemporary music, modern technology and current fashion trends. Trucano and Braaten Palmieri agree that part of the beauty of the play is that its themes are still relevant to a contemporary audience.

“The play somehow transcends the time it was written,” Trucano says. "Even if we are showing honeymoon photos on an iPad rather than photographs that have been developed, it's more about putting the behaviors of us into these characters in the 1890s, so the audience can say 'Oh, that's kind of like me.'"

GreenHouse is known in Columbia for hosting theater in unconventional spaces. Hedda Gabbler is the first play produced by GreenHouse that will be hosted in an actual theater, Missouri Theatre. This announcement was surprising to the company’s fans, Braaten Palmieri says.

Although the play will be in a theater, Braaten Palmieri says the space will be used in an unconventional way, in true GreenHouse fashion. Rather than sitting in chairs and looking up at actors on the stage, the audience will be seated on the stage as well. The audience will enter Missouri Theatre through the stage doors, and they will walk across the stage to be seated.

“The space plays a character in the piece,” says Braaten Palmieri. "That space is kind of this metaphor of this vast, empty, dark space, which is these 1,100 empty chairs staring back at us on the stage."

Overall, Trucano and Braaten Palmieri want the audience to take time to reflect and understand themselves.

"It's going to be a difficult piece for some people to see because it's not going to be pretty," Braaten Palmieri says. "They're going to see the uglier sides of themselves in some of these characters, and they're going to see the beautiful sides of themselves in these characters, too. That's the beauty of this piece and this story. It's a reflection of human nature."

GreenHouse Theatre crosses the line between actors and audience 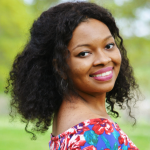