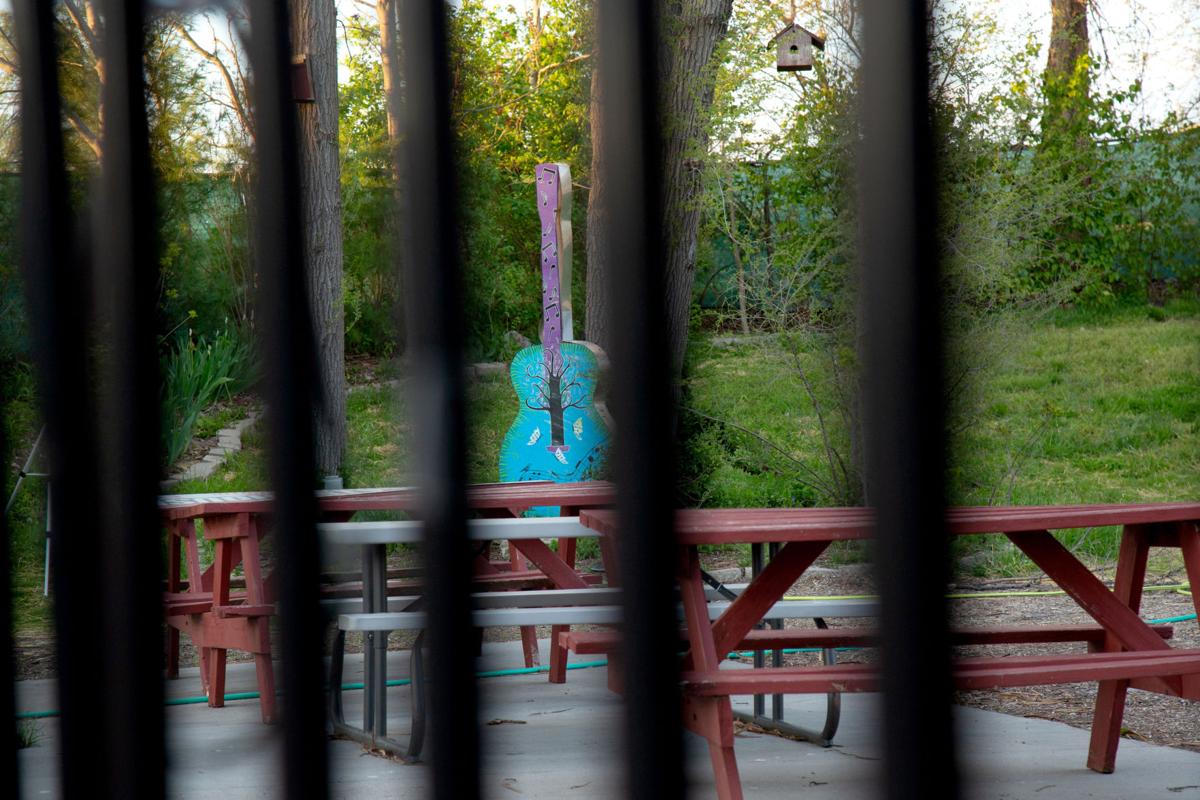 The Centers for Disease Control and Prevention’s guidelines on social gatherings has caused music venues to close indefinitely, like the fenced-off outside area of Rose Music Hall seen behind these bars. 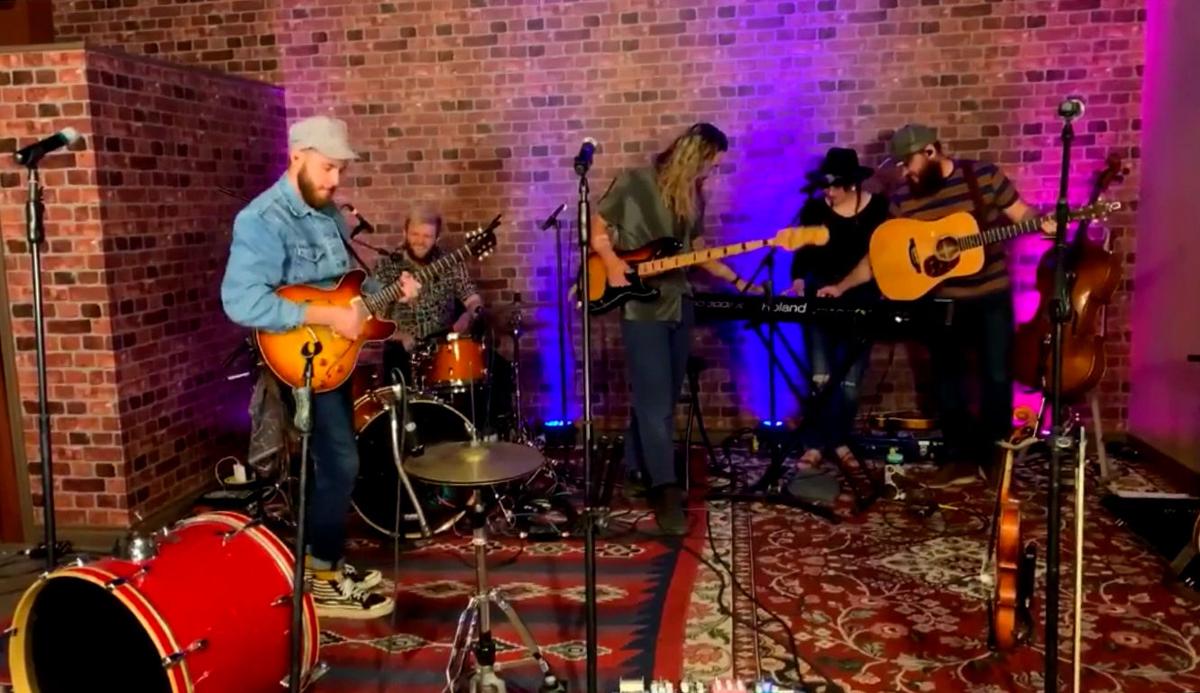 Folk band Dawson Hollow starts up their song Tomorrow during their performance for The Blue Note’s Social Distraction Facebook stream.

Musicians across the United States are turning to social media platforms to connect with fans. But, in-person concerts are what paid the bills, so musicians are having to find new ways to make a profit.

Jenny Teator, an artist originally from St. Louis, said when a musician and a venue decide to team up to put on an in-person concert, the venue will pay the musician in one of two ways. Either the venue gives the band or singer a check with an amount the venue set in advance, or the artist will take home a percentage of the ticket sales. Some artists will get paid more based on their exposure or popularity, so there is never a guarantee on how much a musician will make in a season. However, Teator said the spring and summer are the most important months for musicians.

“I probably played at least 10 shows probably a month," Teator said. "Spring through summer is a really busy season for everybody.”

In-person concerts are important for musicians because it allows them to get in front of new audiences, sell merchandise and make tips. Teator said last year was the first time she experienced a full touring season. This year she hoped to be able to travel to new places and make connections with new audiences.

“You get to go see a live concert, and then you connect with that artist and you want to buy their merch,” said Teator. “And it's more than just a sales pitch at that point. It's a connection, and that's what we crave for sure.”

Leigh Muñoz, an assistant teaching professor for the MU School of Music said stay-at-home orders have put musicians in a tough spot financially.

“The fact that they had all these gigs lined up and they've suddenly disappeared,” said Muñoz. “It's very difficult for them to now figure out how to accomplish that.”

Teator said live streams have been one way to reach her audience, but the learning process hasn’t been easy.

“I love that we have the option to still get our music out to people but it's definitely been an adjustment and a lot of setup time and trial and error,” Teator said.

Despite technical and financial issues, Muñoz said she thinks the online concerts are a chance for artists to come together.

“Musicians are doing a lot of online content, but the majority of that isn't income generating, it's mostly just saying, ‘hey we're still here and we're all in this together’,” Muñoz said.

However, some community members have reached out to see how they can support local artists. Teator said she was able to do a live concert from home and was shocked to see the money rolling in when she posted her Venmo and PayPal for people to donate.

But some community members wanted to do more for local artists. Tanner Bechtel from the Tanner Lee Band decided to start a GoFundMe page for musicians in the mid-Missouri area.

He got the idea when he was playing in a virtual concert and fans asked if they could donate money to his band. Bechtel said he knew there were musicians struggling more than he was, so he decided since the community was willing to support him, surely they would support other musicians too. He created The Missouri Musicians Support Fund on April 12 and has raised $570 as of April 28.

Bechtel wasn’t the first artist that wanted to help out his community. Ben Majchrzak is the director of the St. Louis Arts and Music Fund, another fundraiser created to help musicians. He was one of the first people to start a GoFundMe for artists and the fundraiser has become one of the largest. He started it on March 16 to financially support artists in the greater St. Louis area who have been impacted by COVID-19 cancellations.

Four days after he started the fund, he had raised $5,000. In five weeks, the fund raised over $16,000. Majchrzak said he has seen donations come from art and music lovers along with artists themselves.

Majchrzak has helped nearly 60 artists so far. Artists apply on a monthly basis and Majchrzak reviews their application. He then distributes the money via Venmo, Paypal or by check.

“I intend to keep it going as long as the money's there and as long as people are willing to donate and help because people need it,” Majchrzak said.