Watching Delphine’s Prayers is an experience that feels familiar yet somewhat foreign after a year of social distancing and self-isolating. The film is directed by 2021 True Vision Award recipient Rosine Mbakam and was shown during this year’s True/False Film Fest. It offers an intimate look into the life of Delphine, a Cameroonian native who now lives in Belgium.

Sitting masked up outside at Stephen’s Lake, festival-goers are quickly transported to the "messy but bright" bedroom, which acts as the main stage for Delphine to share her story. The camera work throughout the movie is fairly simple without many changes in angles or scenery. However, this puts all the focus on Delphine’s dialogue throughout the film.

As mentioned before, Delphine’s life is the center point of the documentary, and for good reason.

During Thursday’s post-film Q&A session, director Mbakam mentioned that Delphine requested the making of this film after the two had become friends in Belgium, and that she was originally hesitant to do so since it seemed too intrusive. Delphine insisted, saying that she still had stories to share with Mbakam, and Delphine’s Prayers went into production.

Delphine has certainly lived a difficult life, as shown by the film. Her life began with her mother’s death, and much of her time in Cameroon was spent being sexually exploited. Even in Belgium, Delphine is frustrated by her unfulfilled marriage and yet-to-find job.

The film is by definition an emotional rollercoaster. Although Delphine is clearly pained by what’s happened to her in her lifetime, she quips and laughs all the same, which actually garnered a few laughs from the audience between the documentary’s darker moments.

The film reaches a climax shortly before it ends with Delphine emotionally praying and rawly pleading to God for a bit of luck amongst all the misfortune she has been stuck with up to this point. Delphine frequently switches between Cameroonian Pidgin English and French throughout the movie’s duration, but the words "I beg you" stick out as they seem to punctuate each call she makes.

At the movie’s close, the film’s director and subject convene as Mbakam braids Delphine’s hair in an act of friendship. The movie may feel like an intimate conversation between Delphine and the viewer, but everything pans out for a purpose.

In line with much of the film’s exploration of intersectionality, Mbakam reflects on how the two women may have never been this close at home in Cameroon, but developed their friendship in Belgium due to being grouped together as Black women.

After the film’s end, the viewer is left to ruminate on Delphine’s experience and wonder what may happen as she continues to grow in experience and as a human being. After Mbakam and Delphine herself have offered up this close look into the latter woman’s life, we too hope it will soon improve for her sake. 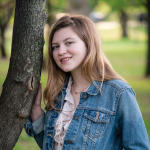 Emma Boyle is a junior at the University of Missouri-Columbia studying journalism and international studies. You can reach her at emmakboyle@umsystem.edu.