Filmmaker Robert Greene submitted his first feature film, Owning the Weather, to True/False in 2009. Unfortunately, it didn't make it into the festival, and Greene received what he thought was a very moving personal rejection letter from True/False programmer, Chris Boeckmann. "I later found out it was just a form letter, which was well written," Greene said.

Thankfully for Greene, he wouldn't have to wait long to get a film into the festival. The next year, his film Kati With An I was accepted. Since then, Greene has brought three more films to True/False including this year's Kate Plays Christine.

Vox sat down with Greene to talk about his extensive True/False experience.

What was your reaction when you heard Kati With An I was accepted into True/False?

I was so excited. Not only was the film going to have a life, which meant my career had a chance, but I thought it was the perfect place for the film to start, and it turned out to be.

What sets True/False apart from other festivals?

Part of it's the town and the layout of the place. Most filmmakers get to stay downtown, and you can walk to all the venues and basically just hang out in this cool college town. You get to go see movies all day, go to great places to drink, go to great places to have conversations and great places to eat dinner. It's really contained in a great way but full of everybody you want to hang out with. The festival's policy is that they won't take a film unless they can bring someone from the film there. A place like Berlin [Film Festival] is 200 films over 10 days. The joke in Berlin is you can have a completely different festival experience from every one of your friends, meaning you don't even see them the whole time because there's 10 parties every night, there's 25 screenings a day. It is packed and disparate, and you have to travel all across the city to do it. [True/False] is super contained. Not only is it super contained, but then also, they're playing some of the most adventurous and interesting films in the world.

Are there any True/False experiences that stick out?

I remember Brandy Burre, the star of Actress, and I were here for Actress, and we had a Blue Note screening where people were standing in the bar area. We did the intro, left the screening ready to go get a beer or something while the screening was happening. When we were leaving we said, "Those people are going to be gone, of course. They're not going to sit through this movie." We came back, and there were more people standing. Somehow the crowd had gotten bigger. It was just the kind of thing where I thought, "What universe is this that my radical, very personal, complex art documentary, more people have walked in since and are sucked into it?" It was just sort of that full on "wow." Every year, there's that moment where you're like, "This thing can only happen at True/False."

What keeps you submitting films to True/False?

It's the best documentary film festival in the country. That's one thing. Obviously, there's places like Sundance that are very important to any film to get into, but True/False feels like it's a badge of quality in a way that not all the festivals always do. Sundance means something specific. South by Southwest means something specific. True/False means you're one of only 40 to 45 films to be selected to this very exclusive festival that prides itself on it's programming. That means everything. I can't imagine a situation, unless I was forced not to, to not want to play a film here. Being my fourth film here,  I always have that worry that at some point they're going be like, "Well, you've played enough here." That scares me because I never want that to be the case.

Do you get to see other films at the festival?

I see as much as I can. That's one of the things that makes True/False special. There are plenty of film festivals, and I won't name names, where the idea of going to the films is actually really, really low on the priority list. At True/False, everyone prides themselves on seeing everything they can, and if you're not seeing everything, then you can't have any conversations with people and people think you're wasting the experience. They think, "I know you were up until 3 a.m., but you didn't get up for the 10 a.m. screening this morning? What's wrong with you?" It's not like a peer pressure thing. It just feels like an active engagement with the films playing here.

What's your favorite film that you've seen at True/False that you didn't direct?

That's a long list. I write for Sight and Sound Magazine, and I do a big year-end ranking of my favorite artful films. I've done it four times in a row. All four times, my number one film I saw at True/False. Every year, there's two or three knockouts that absolutely blow me away.

What's it like to be a part of the group of directors who have screened at True/False?

Here are a few other filmmakers like Greene who are making return trips to True/False:

2016 film: Norman Lear: Just Another Version of You 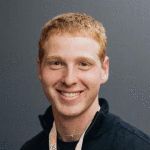 Ryan is a contributing writer for Vox Magazine. He loves movies, books and podcasts, and he's an unapologetic Cubs fan.