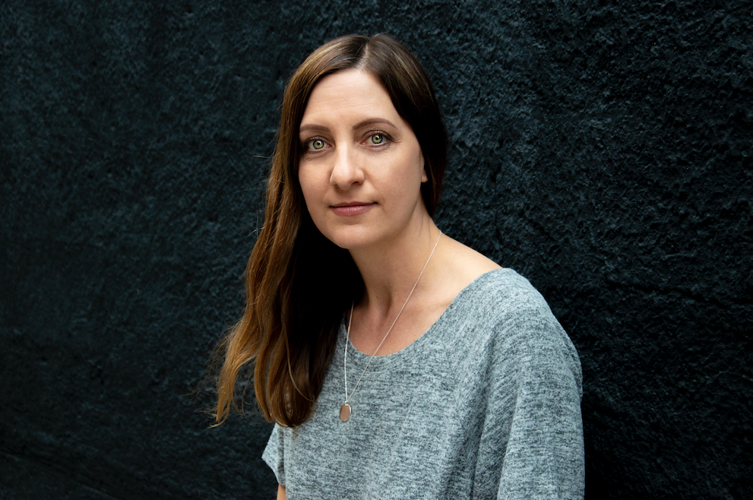 Laura McHugh has spent her entire life in the Midwest, and its rugged, isolated landscapes have inspired her crime novels. 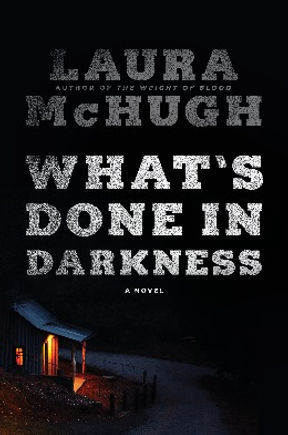 Laura McHugh was on the hunt for a new story idea after she finished writing The Wolf Wants In two years ago. She recalls reading about the mystery surrounding the disappearance of Sherri Papini in Redding, California, in 2016. Papini reappeared three weeks later 150 miles from her home on the side of Interstate 5 near Sacramento.

McHugh began searching for other stories with similar characteristics. She found news stories in which authorities doubted accounts of women who disappeared and later returned. This pattern was a key source of inspiration behind her latest novel, What’s Done in Darkness, releasing June 22.

McHugh has lived in the Midwest her entire life. She was born in the small town of Fort Madison, Iowa, and spent much of her life in the Ozarks after moving there when she was 7. She later attended Truman State University and earned an English degree. After graduating, she decided to pursue education in the more “practical” fields of computer science and library and information science. She began writing her first novel after she was laid off after working as a software developer for 10 years.

Local author Jill Orr met McHugh in Columbia in 2012. At the time, neither of them had book contracts or agents. They were both moms who had written books, and their meeting was the start of a long friendship.

Orr recalls that The Weight of Blood, McHugh’s first book published in 2015, was a huge success. “She hit it out of the park with her first try,” Orr says. “That’s a testament to how talented and hardworking she is.”

The Weight of Blood won the International Thriller Writers Award and the Missouri Author Award for Fiction. McHugh has since written three more books, including Arrowood. Orr says she sees McHugh’s contribution to the genre. “I think Laura elevates crime fiction with her literary talent,” she says. “She has a way of creating deep and moody atmospheres for the reader that really primes you for the creepy story to come.”

In What’s Done in Darkness, the main protagonist, Sarabeth, is abducted from her home in the Arkansas Ozarks. Similar to the real-life story of Papini in California, Sarabeth mysteriously reappears alongside a highway, and the police don’t believe her story. Her extremely religious family is unsure what to do with her. Sarabeth then leaves the Ozarks, hoping to put this traumatic experience behind her. Five years later, investigator Nick Farrow wants her to come back to assist him with a case that involves the disappearance of another young girl under similar circumstances.

‘Many ways to keep a crime hidden’

Woven into the story are themes of religious extremism and women not being believed or supported, McHugh says. She notes that these kinds of crimes can happen to women and girls living in isolation. “They don’t have anyone checking in on them besides their family,” McHugh says. “It’s easy for a girl like that to disappear and be abused.”

The Ozarks loom large in this story. Having grown up in the region, McHugh has seen firsthand the characteristics that make it a fertile ground for crime. She didn’t have any neighbors when living with her family in Ozark County on the Arkansas border. They were all alone in a location that had a rugged landscape dotted with caves, endless forests and rivers. “It’s just kind of an ominous feeling when you are isolated,” McHugh says. “There are so many ways to keep a crime hidden in a place like that.”

Joining the dark side

Although the story starts in Arkansas, it later switches to Missouri. One challenge for McHugh is providing readers with a fair representation of the state. “Sometimes people will accuse me of making Missouri look bad,” McHugh says. “I certainly never aim to do that. I am often inspired by a real crime that took place.”

McHugh says crime fiction is naturally going to focus on the dark things. “Every place has an ugly side,” she says.

Having read all of McHugh’s books, Orr says she has a good idea of how her friend aims to affect readers. “She is definitely going for the you-want-to-sleep-with-the-lights-on vibe,” Orr says.  

Two Columbia moms turned a passion for cooking into a business