With 2020 being the year of perfect vision, the organizers of this year’s True/False hope to inspire a little foresight. Futurism, optical illusion, voyeurism and peripheral vision are just a few of the concepts chosen for the featured art installations. A record number of artists submitted work addressing these concepts and the festival’s overall theme, Foresight, for the chance to have a piece exhibited. Local businesses have also been employing artists to display work in honor of the annual festival.

Each year, the theme for True/False is chosen by festival leadership. This year, videographers, photographers, illustrators, sculptors and other artists will have work installed downtown from March 4 to 8. Camellia Cosgray, the festival’s director and head of the art team, helps make the final decisions about which art installations to include. This year, Cosgray’s own work, a stained-glass panel titled The Map, will be featured in The Globe theater.

“Leadership consistently does a wonderful job coming up with something that is tangible and inspiring but leaves plenty of room for our artists to interpret things their own way,” writes Duncan Bindbeutel, the director of art installations, in an email to Vox.

After 10 years working in New York City as a fiberist and jeweler, MU graduate student Tavia Sanza now creates botanical, creature-like fiber pieces that will be displayed in the Jesse Hall Rotunda. The layers of fabric in her art represent the passage of time.

“The past and the future are, in my mind, kind of inextricably tangled together in this kind of network,” Sanza says. “I started thinking about how much the future is predicated on the past and how much you build on what came before.” 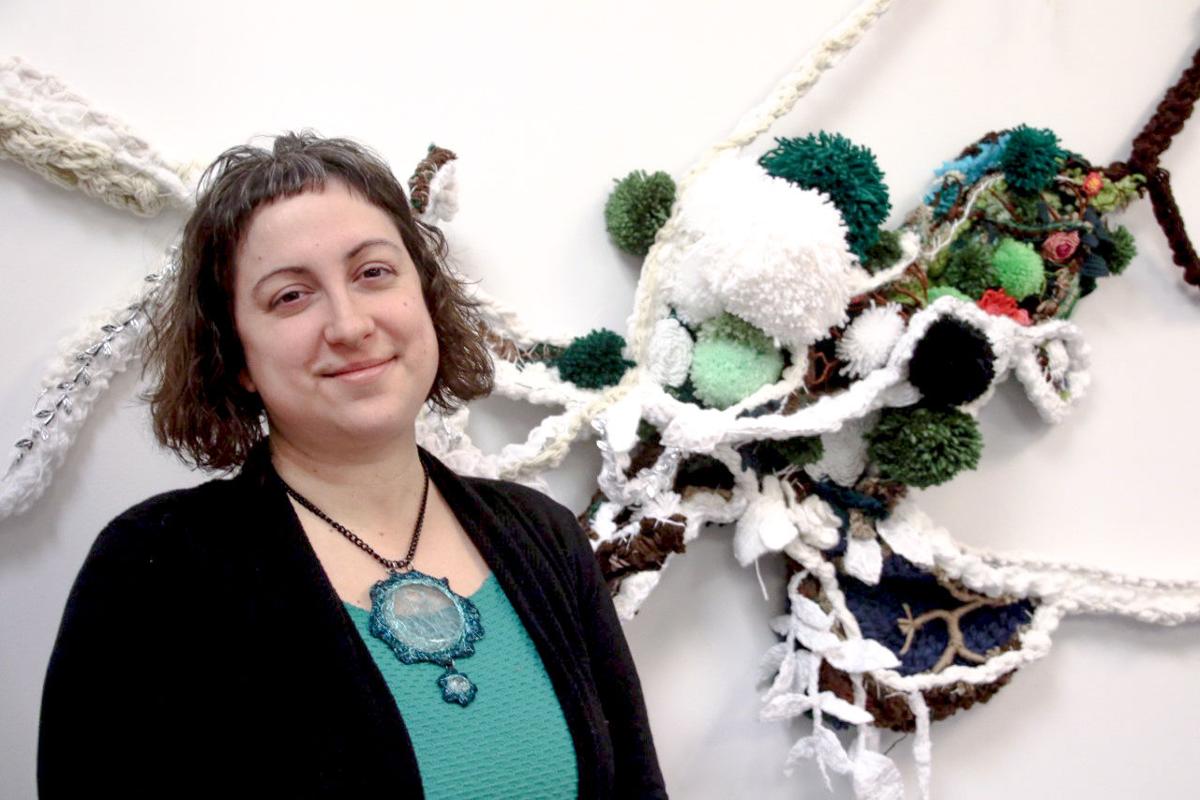 Tavia Sanza's True/False installation will be displayed in the Jesse Hall rotunda. 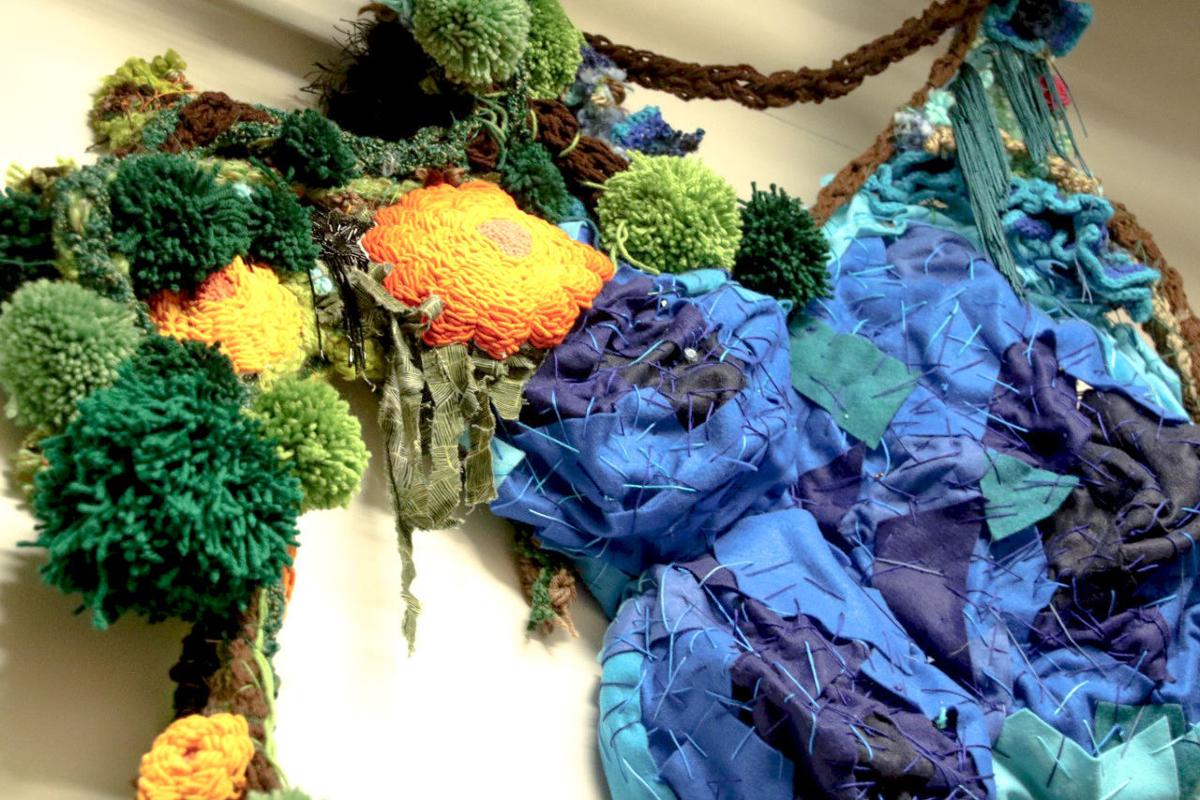 Tavia Sanza has incrementally added to her True/False piece since she started graduate school nearly two years ago.

Tavia Sanza's True/False installation will be displayed in the Jesse Hall rotunda.

Tavia Sanza has incrementally added to her True/False piece since she started graduate school nearly two years ago.

In the final weeks before the festival’s opening night, several artists hosted craft nights and employed others to help them manage the festival deadline.

Sanza says the amount of time she put into this work is unquantifiable. Every Thursday, she invites fellow graduate students and friends to her workspace to help her work on the piece. Carrie Elliott, a local artist, has friends over weekly to work on Animal Vision, which will be featured in Alley A. Animal Vision comprises gigantic, illuminated eyeballs replicating the eyes of 15 animals, including geckos, parrots, squids, llamas and more. Elliott has been submitting art to the festival for the past four years.

“What I love about True/False is the collaborative nature of the festival and the art,” Elliott says.

Other installations include Jordan Doig and Stephanie Gould’s video projection project, Cosmos, which will be played outdoors. A collective work created by Tobi C, Saj Issa, Tod Seelie and Pat Falco will be featured in Sager Braudis Gallery.

Michael Marcum, a returning artist, is presenting his 15th tree from his ongoing metal reforestation project. This piece, called Forrest Trees, will be featured in the Tiger Hotel’s Forrest Theater.

Art displayed during the festival is not exclusive to True/False. Yellow Dog Bookshop will feature local art during the entire month of March in honor of the festival. A colorful, soft sculpture of an open book with two eyes on the pages created by founder and director of Resident Arts Madeleine LeMieux will be featured in the bookshop’s windows, which will be painted with rainbows. In 2015, her wood-burned, painted panels were displayed by the bookshop for the fest. So, when they approached her again for this year, she agreed. LeMieux’s love of sci-fi inspired the featured sculpture.

“The sci-fi genre just has that kind of perspective,” LeMieux says. “I find that it, and reading in general, gives us insight and foresight.”  

The True/False film to see based on your zodiac sign

What to bring to True/False