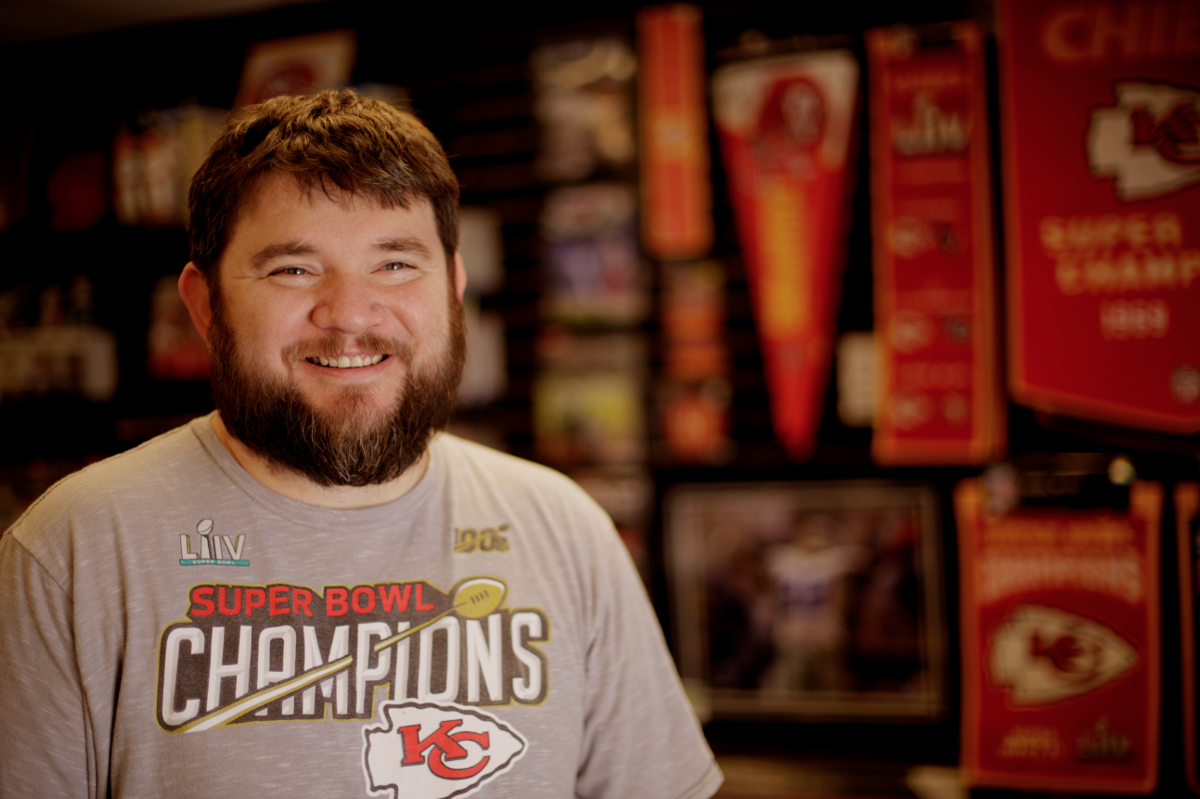 Chais Blakemore began collecting sports cards as a kid. He now sells cards in singles and in packs, as well as bobble heads and other memorabilia, at his shop.

Before the internet age, sports fans relied on cards to track player’s stats or get behind-the-scenes information. Perhaps only a Topps baseball card could teach you that pitcher Moose Haas has a black belt in Tae Kwon Do and is a certified locksmith, or that shortstop Ozzie Smith has ended up on several “Best Dressed” lists over the years.

These days, Dugout Sportscards, owned and operated by Chais Blakemore, helps the players, trivia, stats, and the cards they live on survive in Columbia.

Blakemore is an avid sports fan and collector. He has also helped organize card shows with fundraisers to support local youth basketball programs in Columbia. Vox talked with Blakemore about what sports cards and collecting mean to him.

How did you get into collecting cards?

My stepdad collected baseball cards. I actually didn’t have a lot in common with him at first. But I enjoyed sports; he enjoyed sports, and so we used to go to card shops and talk about it, look at them and stuff like that. And then it evolved naturally from there throughout the years.

What else do you do in a day apart from selling cards?

There’s a lot. When people bring in collections, you’re constantly having to look up each individual card. You’re pricing it. You’re determining whether it should be set aside, and send it off for grading.

[You’re also] trying to find inventory for the shop. Sometimes you’re kind of limited on the amount of stuff that you can find. If I can find cards, I have to go out and find either boxes or packs or something that has some in it so that I can get what people are asking for, the stuff that’s in demand right now. We do card shows, so there’s some trying to find new places to go and find new customers. It’s tough.

What advice would you give someone who’s starting out collecting?

Do research. If you’re a young kid, or you want to start something, collect the guys that you like. It’s supposed to be fun. After a while, it evolves into caring more about what you have, or if you have autos or relics or premium cards as opposed to just having whatever. But if you’re first getting started, whether you’re young or old or whatever, pick out stuff that you like or players you like, and then it evolves into something a little bit more down the road.

What do you think of buying cards online?

What is special about your shop?

There’s a lot of kids we see that come in here, and they’re just like, ‘It’s nothing but cards and sports.’ You don’t get that at a lot of places anymore. I think that’s it.