Humans have created 6.3 billion metric tons of plastic waste since we began mass-producing cheap plastics in the 1950s and ’60s, and only 9 percent of that has ever been recycled, according to a study published in Science Advances.

Recycling plastic instead of creating more diverts products from landfills, which means cities can go longer without having to build new ones. Columbia is already planning to expand its landfill, as the current one is estimated to fill up between 2026 and 2031. Many residents use the city recycling program by dropping recyclables in containers at non-residential or multi-family complexes or into bags provided by the city for single-family homes.

But have you ever wondered where your old newspapers and empty bottles go after you take them outside? Recycling isn’t over once the items leave the street. At that stage, their journey is only beginning.

Hover over each image to learn about each step of Columbia's recycling process. 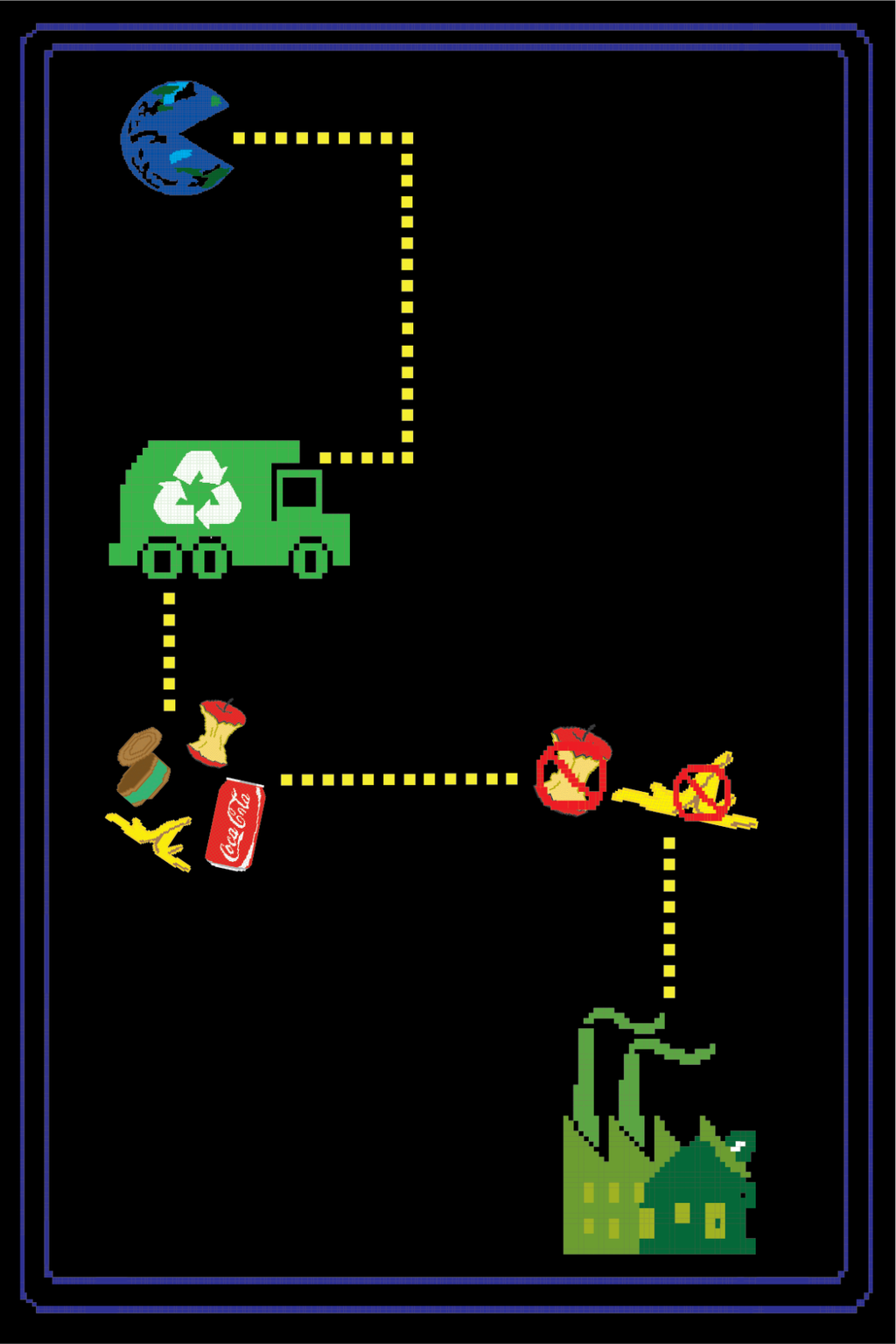 Every weekday, dump trucks drive the streets of Columbia collecting curbside blue bags and items from the 13 recycling drop-off centers around town. The trucks spill their contents onto the tipping floor of the Material Recovery Facility on Peabody Road, a massive garage-like room with no windows.

2. One of these things is not like the other.

Two conveyor belts bring the items to employees who further sort the recyclables as they pass by. Fiber items are sorted into newspaper, office paper and cardboard. Container items are separated on the other as a magnet catches steel and tin cans.

Non-recyclables are picked out of the pile. If too much food or oil gets through, would-be recyclables turn into landfill-bound trash. Many people also try to recycle items that Columbia doesn’t currently have the infrastructure to recycle, such as paper coffee cups and juice cartons, which slow the assembly line.

The items are pressed into bales to be stored until they’re sold to a processing plant, where the materials will be broken down and made into new products. Bales of newspaper are stored and sold monthly to Midland Davis, an Illinois processing facility that then sells the repurposed material to a paper company.