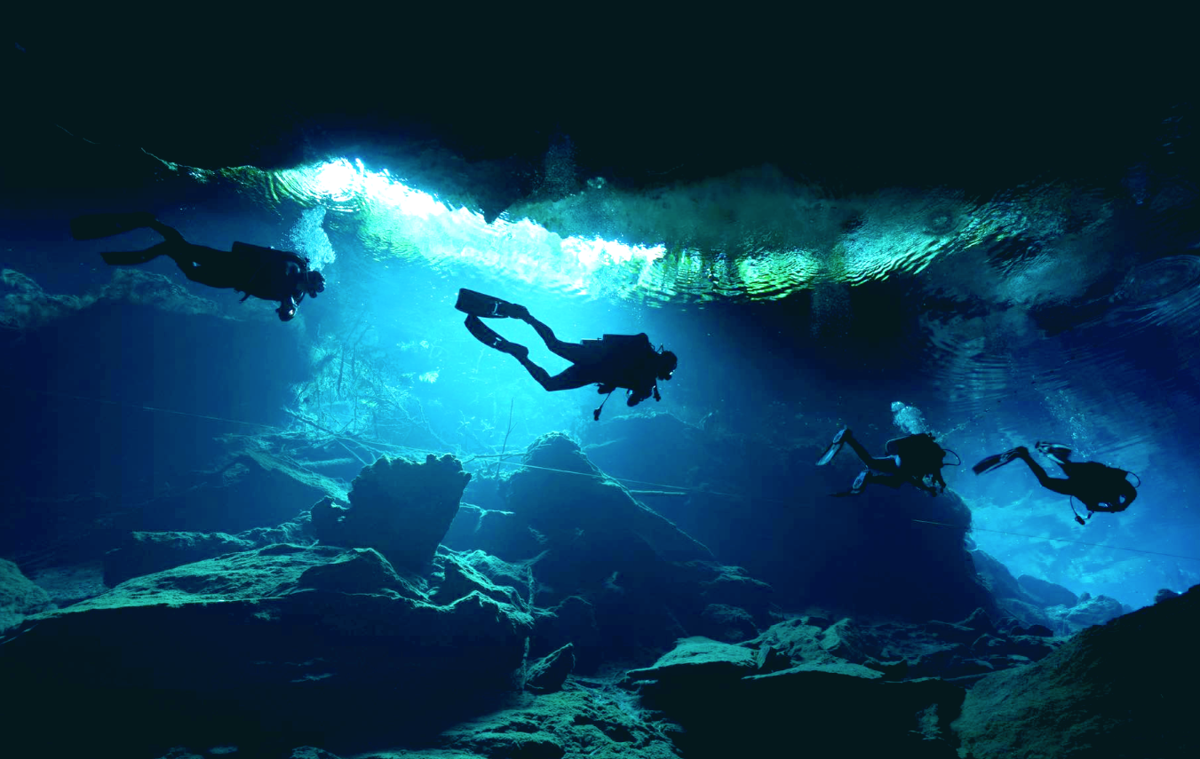 Scuba diving might not seem like a feasible pastime in a state like Missouri, separated from any sea by hundreds of miles on all sides. Despite this, Jeff Adams has managed to successfully operate his diving gear business, Scuba Adventure in Jefferson City, for 30 years.

On one of his dive trips in the Bahamas, Jeff Adams discovered a sunken ship dating back to the mid-1700s to the early 1800s that stretches 500 or 600 feet across the ocean floor. “Nobody else ever dives this but me,” he says. “And so, it’s my piece of the world that I feel like is mine.” He has visited that ship at least once every year for the past 26 years.

These days, Adams spends much of his time in the Lake of the Ozarks, doing boat charters, renting out his condo in Puerto Rico and doing recovery dives. Vox talked with Adams about diving and overcoming new challenges.

How did you get into scuba?

When I first went to college, I ended up in the country of Panama, and I was going to take my college classes there. The college classes that I was going to take, they ended up canceling those because there wasn’t enough people taking them. So, that meant ‘I’m in Panama, and I have nothing to do right now.’ I was already scuba diving but ended up doing a lot of diving there in Panama and kind of just decided, ‘I think this is what I want to do.’ That’s how that ended up working out.

What is a recovery dive?

Recovery dives are [for] a wide range of things — everything from a single black pearl to a 17,000-pound chain, body searches, lost cell phones, rings, airplanes, boats, yachts. It’s anything you can imagine getting close to water. Every job is different. And you just have to remain totally calm and think about what you’re doing. You lay down on the ground, pitch black, and start crawling around trying to figure out where you are, what you’re touching. That’s what you’re dealing with, and there are so many things that can go wrong. You have to think about every move before you make it. Otherwise, if you don’t think it through before you do it as a possibility, it could go wrong, real fast. All you’re doing is going by feel.

What would you say is something you had to overcome?

In March of 2019 our previous shop, Scuba Adventure, burned down while I was traveling in the Bahamas. I felt so helpless. There was nothing I could do. And I’m not a do-nothing kind of person. I’ve been in business for over 30 years, and I felt an obligation to the community. As soon as I got back, I immediately looked for another place and opened up right away. It was a very quick turnaround, fortunately. I think about three weeks. But I had a lot of help from local divers; everybody was wanting to help. After the fire, my friend, who is also the Jefferson City sheriff, took over business operations.

What activities do you do to give back to the community?

We do events like The Polar Plunge and Dive with a Cop, and for me, it’s the charity. It’s kind of like giving back to the community but also, it’s a very rewarding thing, as far as those of us that are participating. Whenever you see that you’re able to make a difference and help others: That’s what it’s all about.

What advice would you give to someone who’s afraid to explore and seek new things out in the world?

Start gently. Don’t go full blast trying to get as much knowledge as you can before you venture. But don’t give up on that goal because that’s what’s going to keep you going. When you give up on a goal, it’s kind of a letdown. At least if you try, you’re going to feel good about yourself.

How long do you plan on scuba diving?

As long as I’m physically able. We’ve got people in their 80s that are scuba diving, so I think I’ll be diving for a long time.

Collecting history: He tapped into a community through sports cards