I decided early in the semester that I wanted to challenge myself and tackle a special issue. The Dirty Issue was born, as most ideas are, during a late-night brainstorm. Monday and Tuesday evenings are when the editors come together to make final edits before sending the magazine to print Wednesday afternoons. During these nights we spend countless hours reviewing and revising copy and are thankful when we go home before midnight.

In those late hours, we come up with some of our most interesting ideas, and they’re often silly and inappropriate. Many of these suggestions never make it to print, but we always joked about creating an issue dedicated to our dirty minds. Then I started thinking of the many ways “dirty” could be interpreted — lyrics, drinks, romance novels — and realized the idea had potential.

Developing this issue was a true team effort. Editors came up with stories to address the theme within their departments. The designers put their creative minds to work to come up with visuals that encompass many uses of the word dirty. In the feature, we explore the many ways the city cleans up including water, solid waste, public health and parks. The process of managing a themed issue has been a challenge. It’s much like the process of cleaning up the city; it’s down and dirty and sometimes doesn’t go according to plan. But in the end, it’s worth it. 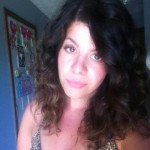