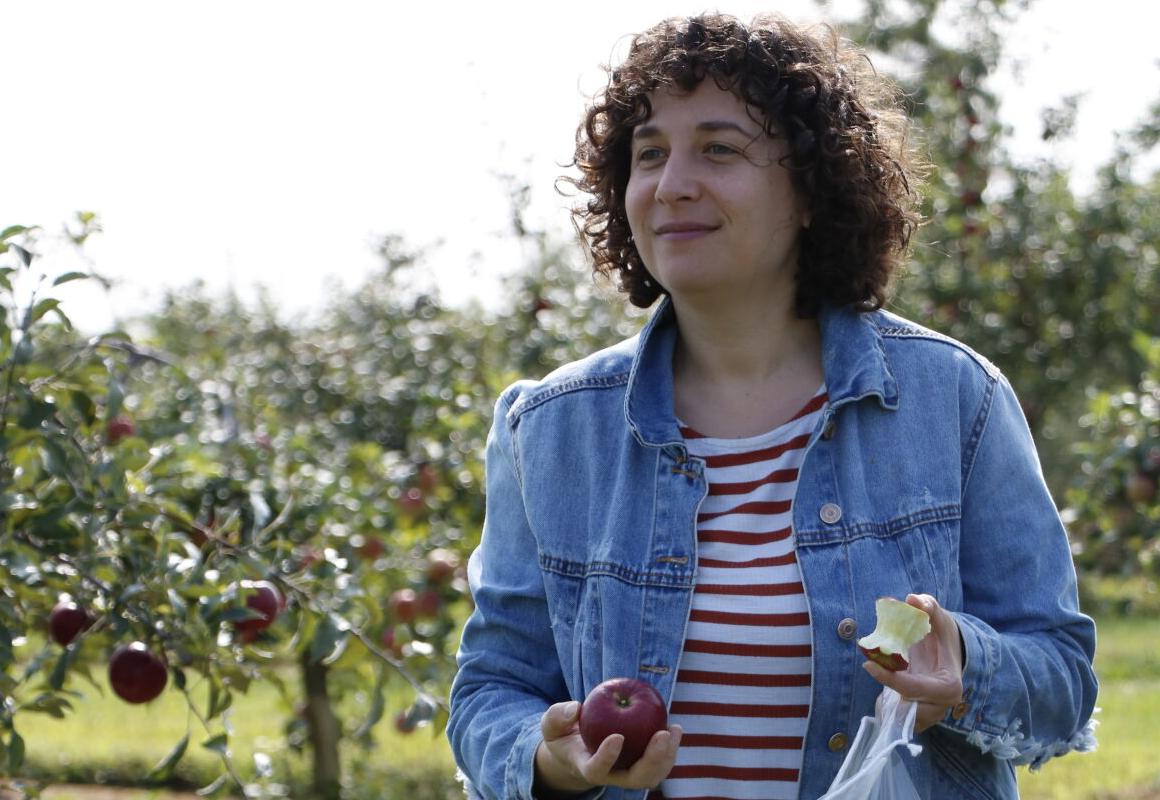 Goldie's Bagel co-founder Amanda Rainey has a "DIY spirit." She talks community, music and baked (and boiled) goods in Columbia. 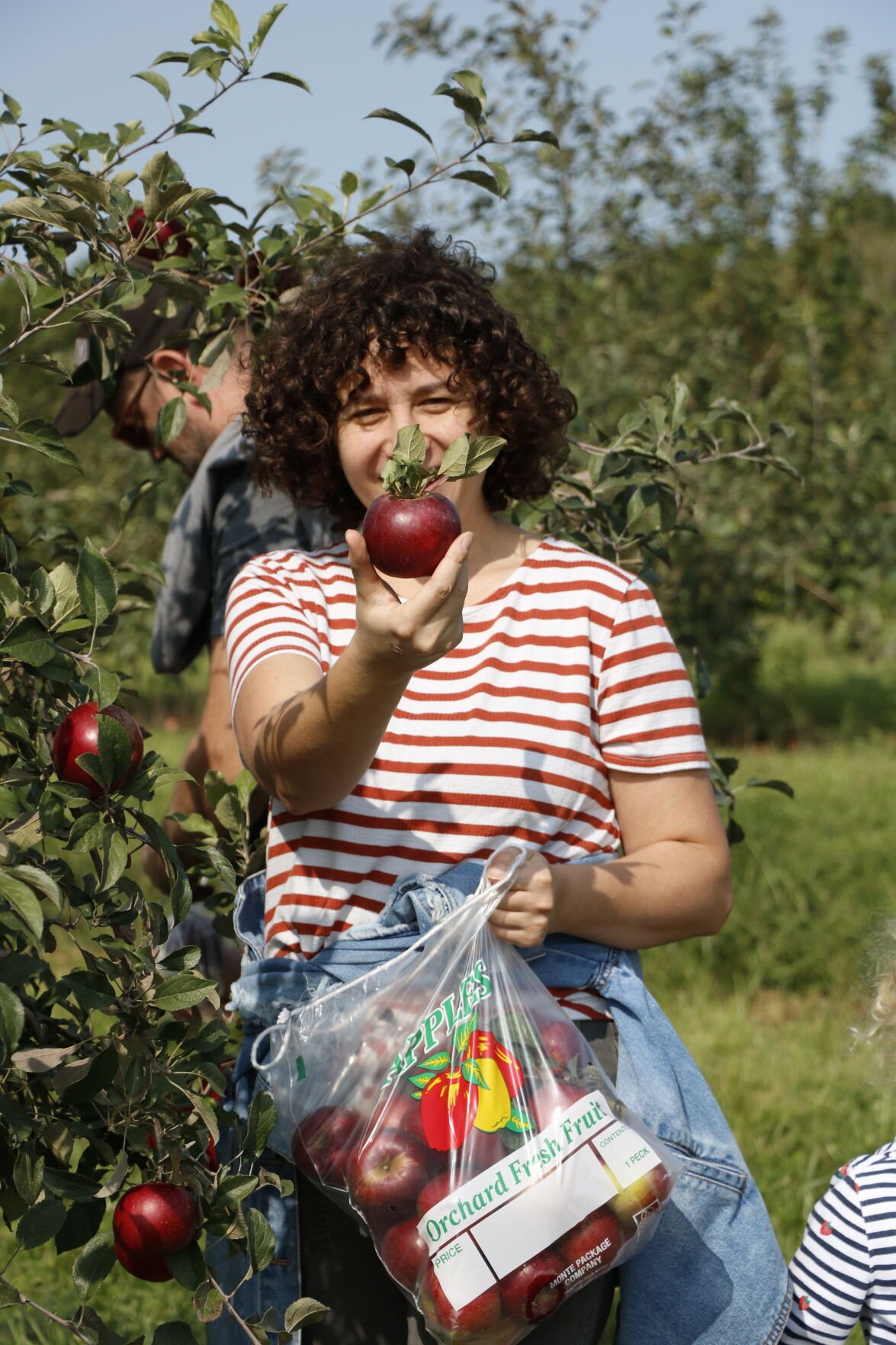 Rainey began making bagels during the pandemic, and soon turned it into a pop-up shop at Pizza Tree.

You might already know Amanda Rainey. She helps out at Pizza Tree, leads a local rock camp for teens and played in local band Dubb Nubb. She always seems to be working on a passion project in the community, and her latest venture is bagels.

During the pandemic, Rainey felt a creative itch and began baking bagels. She soon took that project beyond her kitchen and into a pop-up shop at Pizza Tree, which she co-owns with husband John Gilbreth. She teamed up with Sarah Medcalf, former bar manager of Top Ten Wines, and Goldie’s Bagels was born.

“She’s a community-maker,” Medcalf says of Rainey. “She thinks about things that bring people together.”

Rainey first came to Columbia from St. Louis to attend MU in 2003. After graduating, she moved to Mississippi for a fellowship with the Goldring/Woldenberg Institute of Southern Jewish Life and then returned to Columbia in 2010 to pursue an MBA. Although that fell through, she stuck around and became a part of Columbia’s creative community.

“I kind of became a townie,” Rainey says.

She talks with Vox about how she finds ways to bring new projects to life, be they in music, food or the community.

What led you to the food industry?

Jewish people are just obsessed with food. You always talk about what you’re going to eat next, or else people feel anxious.

My grandma is this great cook. A lot of her recipes are from the ’50s when packaged things were new and exciting. My generation, the millennial foodies, are trying to play with those recipes but also look back a little further. It’s a way for me to connect to my history. I make gefilte fish from scratch every year for Passover, and my grandma opens a jar.

How did you get into music?

I have three sisters and a lot of cousins; we just love to spend time together. We also like to do projects and be creative. I played in a band with my sisters, and we made all of our own merchandise. We burned our CDs and hand-stitched CD covers and learned how to screen print and screen-printed shirts to sell on tour, that kind of thing. Then I played in my first [official] band when I was 23 and living in Mississippi. We called it The Bachelorettes. And we weren’t very good, but we had a lot of energy, and we had this DIY spirit. I’m not a solo musician. It’s always been about being in a band with other people and collaborating and making something together that we never could have made on our own. I don’t have another word for it besides just magic.

What is your food philosophy?

It’s about the community connection. Being able to tell a story through your food, to enjoy your food that much more when you know the story and traditions behind it, when you know the people that are making it and then being able to share it with other people. I think there’s so much room in Columbia for more locally owned businesses.

Of all your projects, what’s been your favorite and why?

YAAL Rock! camp, which stands for Young Artists, Activists and Leaders. It’s probably the hardest thing I’ve ever done because everybody is a passionate volunteer, and trying to make everybody’s voices heard is really hard. But getting to that showcase and knowing what the campers felt on the first day when they didn’t know anybody, had never played a guitar before and were just terrified, and then seeing them at The Blue Note, just rocking out about being a teenager, it’s so cool.

How did you cook up the bagel idea?

I’ve always wanted a more Jewish bagel option in Columbia. From day one, I told John: “I’m all in it for this pizza thing, but someday we’re gonna make bagels.” Goldie’s is my life dream coming together: to own a business with one of my best friends and have it be women-centered, mom-centered and have a feminist world-view, and to create that community that we want.

What excites you about starting new projects?

I love to just brainstorm ideas. My dream job would be to help people brainstorm all the ideas and then never have to execute. I do like organizing them a little bit, making spreadsheets and Google Docs and coming up with the best way to do something. When I come up with that perfect way to do something, it’s really satisfying. Whether music or food, making somebody’s life a little bit more special is really rewarding. Being able to do that with people you love, it’s just what I like to do.  

Pizza for breakfast: Pizza Tree teams up with Goldie's Bagels

Meet the unique pastries of Columbia