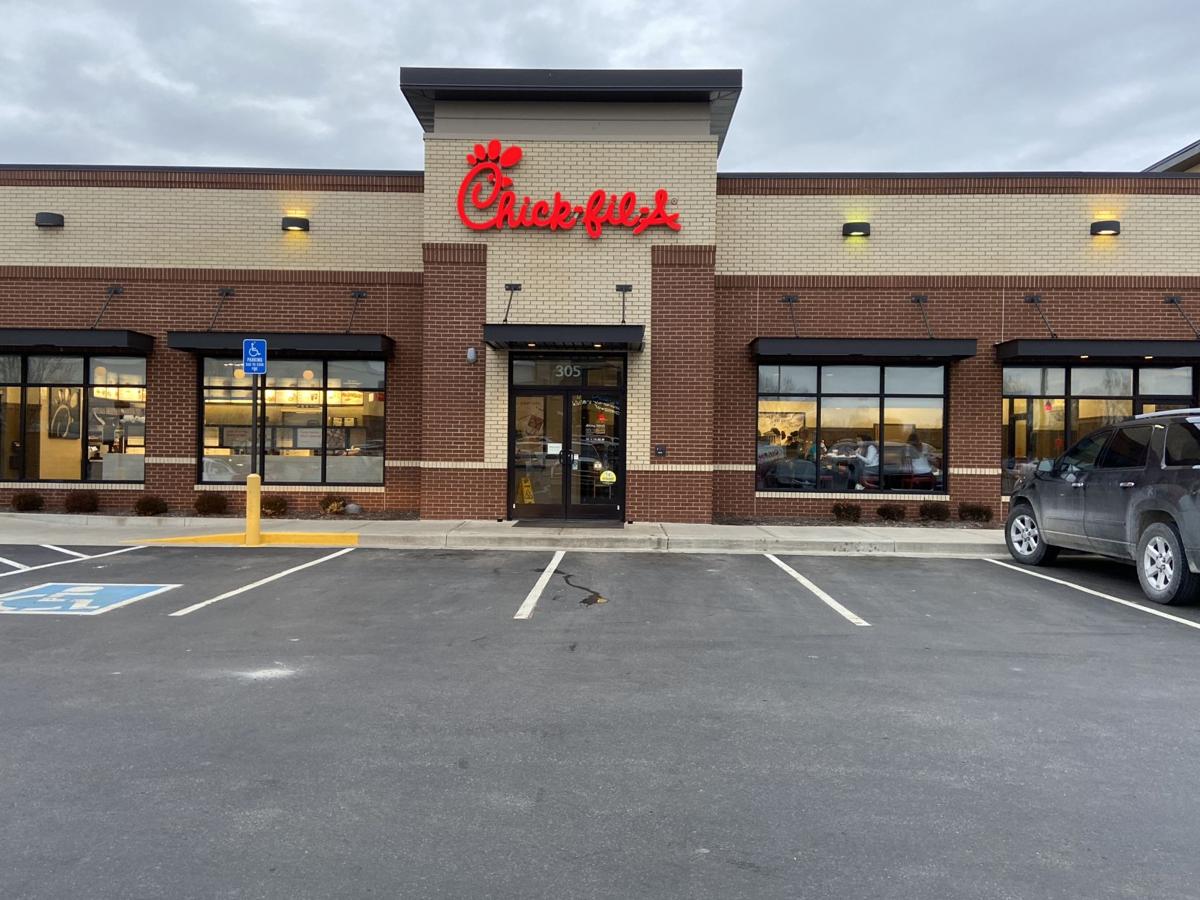 Chick-fil-A only has one location in Columbia. The nearest location to Columbia is Jefferson City, Missouri. 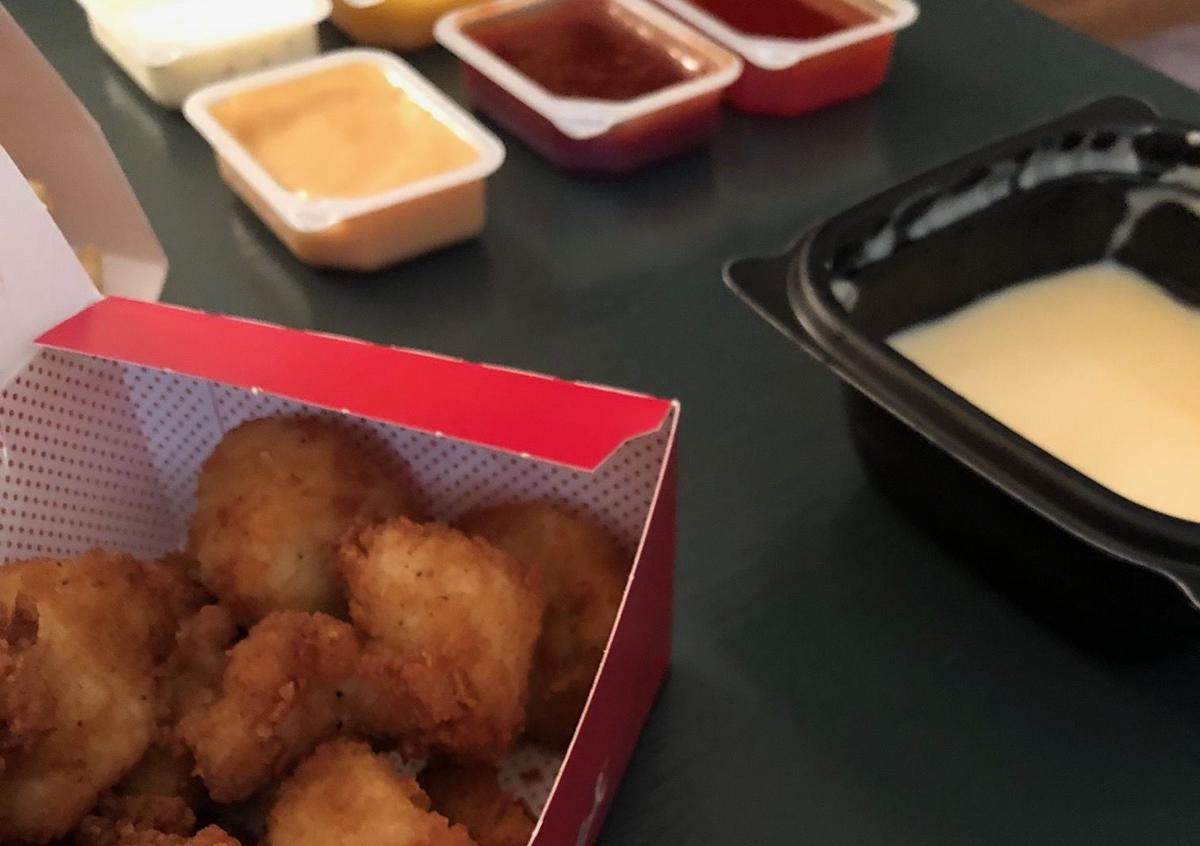 Chick-fil-A has the classic sauces, such as barbecue and ranch. But it also offers some distinctive options like the Chick-fil-A sauce and Sweet & Spicy Sriracha. 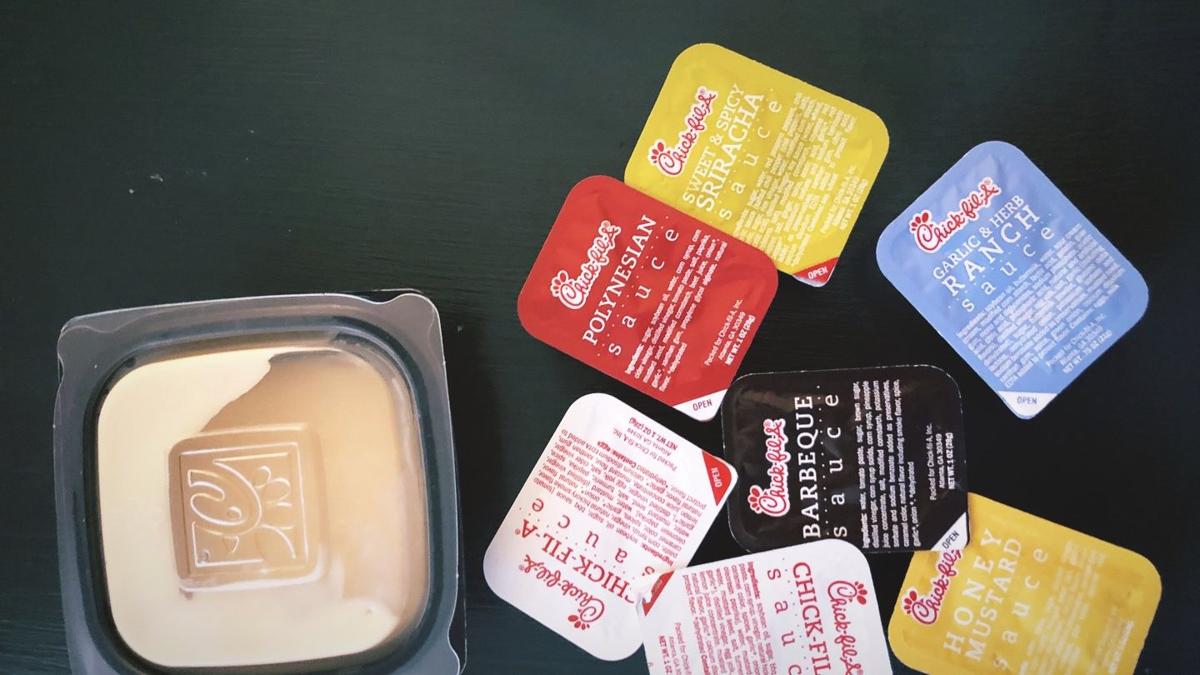 Chick-fil-A offers eight sauce options, including a cheese sauce for an extra 99 cents.

“Would you like sauce with that?” It’s a timeless question we’ve come to expect from cashiers at almost every fast food restaurant. In the pantheon of notable fast food sauces, Chick-fil-A’s self-named sauce is one of the major players. But what about all of its other sauces? I went to Chick-fil-A to answer the classic question “Would you like sauce with that?” with a resounding “Yes. All of them.” Here’s how the sauces stack up at one of America's favorite fast food chains.

This sauce has a very distinctive flavor. According to Business Insider, it’s a combination of barbecue, ranch and honey mustard. I taste the honey mustard and barbecue sauce, no question. But the ranch is stumping me. It’s probably responsible for the creaminess of the sauce, but it’s not a very strong flavor here. Overall, it makes for an interesting sauce, though.

Pairing with chicken and fries: 4.5/5

There was something familiar about the flavor of this sauce. It almost tastes more like Szechuan sauce mixed with orange chicken sauce rather than Sriracha. Either way, it definitely delivers on the spiciness. It has almost an addictive quality. My mouth was on fire, but I couldn’t get enough of it. I honestly don’t think I’ve had a fast food sauce like this before.

The name “Polynesian” just makes it sound enticing. It’s basically a tame sweet and sour sauce, but it’s not bad at all. This sauce is also vegan. Not that you necessarily wanted a vegan sauce with your chicken nuggets, but if that matters to you, there it is.

Chick-fil-A’s ranch hardly reinvents the wheel, but it’s such a good ranch sauce. It’s got just the right amount of garlic, which is what I think makes it a little different from other ranch sauces I’ve had. It’s not the most original sauce ever, but it’s a classic that Chick-fil-A happens to do really well.

Cheese sauce is not the obvious pairing for chicken nuggets, but it actually works well with them. This sauce looks like the base of a white queso. The sauce itself isn’t spicy or anything; it’s a relatively classic cheese sauce in flavor. Overall, is it the best cheese sauce of my life? Absolutely not. I’ve definitely tasted better. But props to Chick-fil-A for trying something different in the world of chicken nugget sauces.

Pairing with chicken and fries: 3/5

Honestly, it’s been a long time since I’ve had honey mustard, but this one seemed much more mustard-y than ones I’ve had in the past. The mustard taste kind of lingers after you’ve finished eating it with your chicken nuggets. Is it weird that I kind of like that, though?

Pairing with chicken and fries: 3/5

Ah, barbecue — one of the most classic chicken nugget dunking sauces of all time. Chick-fil-A’s iteration of it is nothing special, though. It’s your run-of-the-mill barbecue sauce. But if it ain’t broke, don’t fix it, right?

Full disclosure: this was the only sauce left out of my original order, so I had to go back later in the day and get it. But to be completely honest, this sauce reminded me a lot of KFC’s creamy buffalo sauce. In a way, that’s a good thing because that sauce is great, but once again, it’s not the most original sauce. Chick-fil-A’s is a little looser than KFC’s though, which I like because then you don’t overwhelm the nugget with a thick sauce. At any rate, it’s a decently tasty sauce with a good amount of spiciness.

Pairing with chicken and fries: 3.5/5

Beyond the smoke: a guide to Columbia's BBQ scene 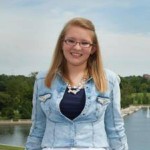