Movies about food can make our mouths water. They can make us yearn for our family recipes. They can also tell us what our food practices say about our culture and how it might relate to others. No, I’m not talking about Harold and Kumar Go To White Castle. Or Good Burger.

"We all live in a world where how we prepare, serve and eat food has a lot of meaning," says Nina Furstenau, editor of the Foodstory book series for the University of Iowa press. Furstenau formerly taught food and wine journalism for MU's Science and Agricultural Journalism Program. "I enjoy a movie when it carries a theme forward with something as central to all of us as food," she says. "Using food as a way to carry a theme is intriguing to me because it brings out levels of understanding — not just taste and flavor, but also the economic status of people in the film, their historical period and more."

Furstenau says that movies like Big Night, The Lunchbox and The Hundred-Foot Journey show that differences don't have to be scary. "It's sort of a delicious difference," she says. Whether it be to satisfy a craving while stuck at home or an interest in learning about food around the world, these movies will show you how cultural lines cross over the dinner table.

At Big Mama's house, generations of simmering family issues come to a boil before everyone sits down for a soul food feast. Released in 1997 amid a boom of African-American cinema, Soul Food traces the hardships of close-knit relatives in Chicago. Through each and every dilemma, the tradition of cooking keeps them together and reminds them of what family means.

Babette's Feast is a classic Danish drama that won the 1988 Oscar for Best Foreign Language Film. It centers around two elderly sisters living in a religious village who take in a French refugee named Babette. The sisters accept her offer to cook for them a massive banquet on the 100th anniversary of their father's birth, which proves to be an eye-opening experience for all involved.

Hirokazu Koreeda's film begins with a mother and daughter peeling vegetables. It depicts 24 hours in the life of a Japanese family who comes together to commemorate the death of their eldest son. Still Walking isn't explicitly about food, but key scenes show the detailed preparation of their meals, as well as the exchanges happening around them.

Directed by Ang Lee, 'Eat Drink Man Woman' follows three unmarried sisters who challenge the norms of Chinese culture to the dismay of their chef father, who tries to keep them all under one roof. The sumptuous comedy uses food to examine relationships among its characters. Its title comes from a quote in the Confucianist Book of Rites that refers to accepting human desires as normal.

This Mexican food movie is like magic, literally. After tradition prevents her from marrying the man she loves, Tita discovers she has a unique talent for cooking when she's forced to bake the cake for his wedding to another woman. If this doesn't interest you, try other movies with chocolate in the title like Willy Wonka and the Chocolate Factory or Chocolat.

One of the latest films to depict chefs and the restaurant industry, Jon Favreau's movie is an ode to food trucks. Leaving his restaurant behind to travel the country in one, his character serves up classic Cuban cuisine from Miami all the way to Los Angeles. Along the way, he reconnects with his loved ones and begins to embrace classic dishes instead of constantly innovating his cooking style.

"I am not drinking any f*cking merlot," shouts a depressive middle-aged man (Paul Giamatti) to his slightly less depressive best friend (Thomas Haden Church) on what was supposed to be a road trip of rediscovery. Sideways is indeed about wine, but wine is made from grapes, and grapes are indeed food. So this is a food movie for all those whose major life moments take place with a glass of wine in hand.

The pinnacle of food animation, Ratatouille is like many Pixar works that squeeze profound life observations into so-called children's entertainment. Sorry to Lady and the Tramp and Cloudy With a Chance of Meatballs. Through its rendering of ingredients and utensils in a Paris kitchen, and with an oddly relatable rat voiced by Patton Oswalt, this movie is sure to make your mouth (and eyes) water.

These movies are some of many that illuminate the power or tradition of food in our lives. They make us aware of the history and culture in play when gathering around the dinner table. By watching them, viewers come closer to understanding the importance of cooking, serving and eating meals together. 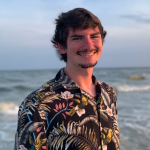