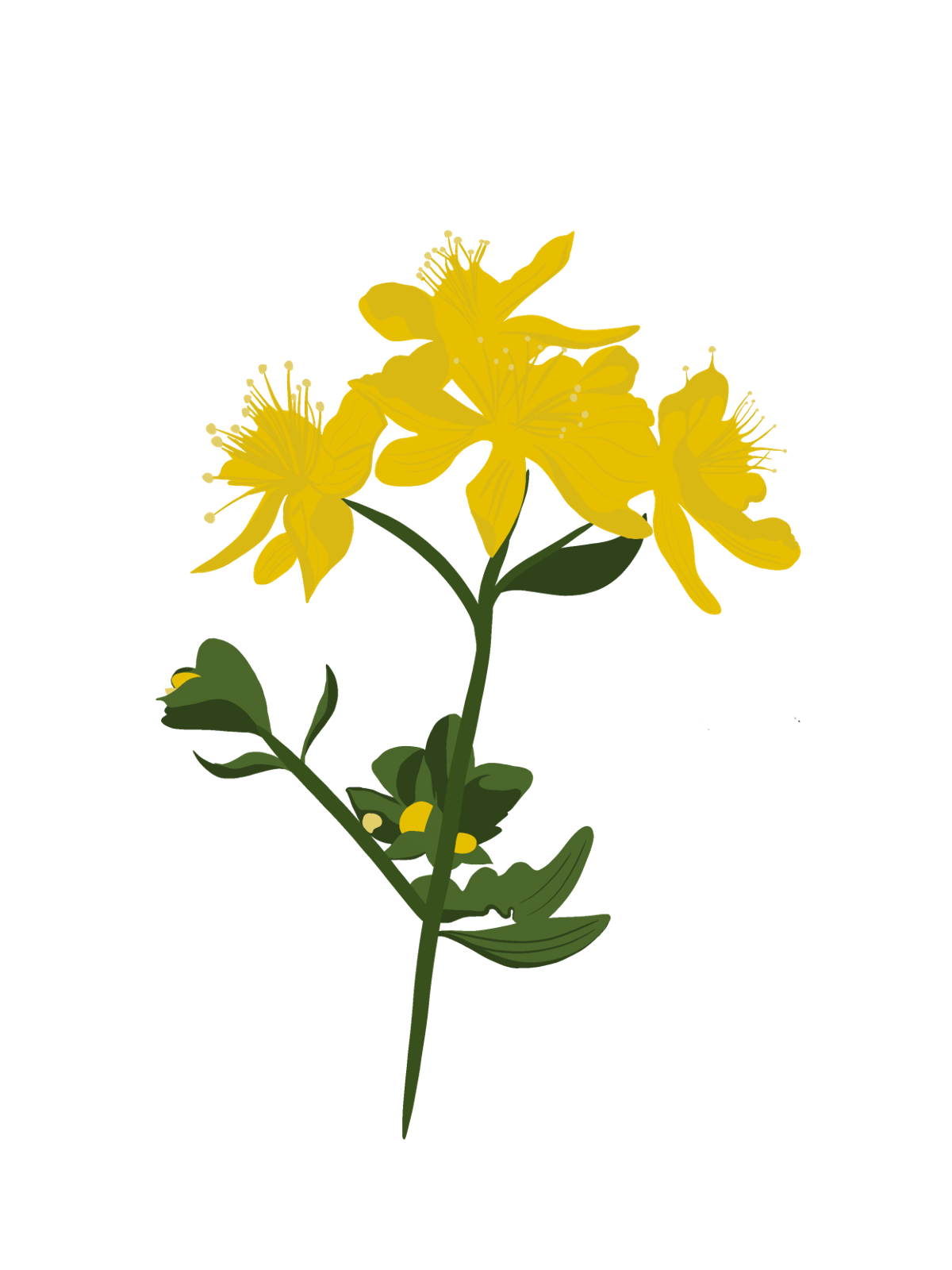 Common St.John’s wort is a prolific plant with yellow flowers. 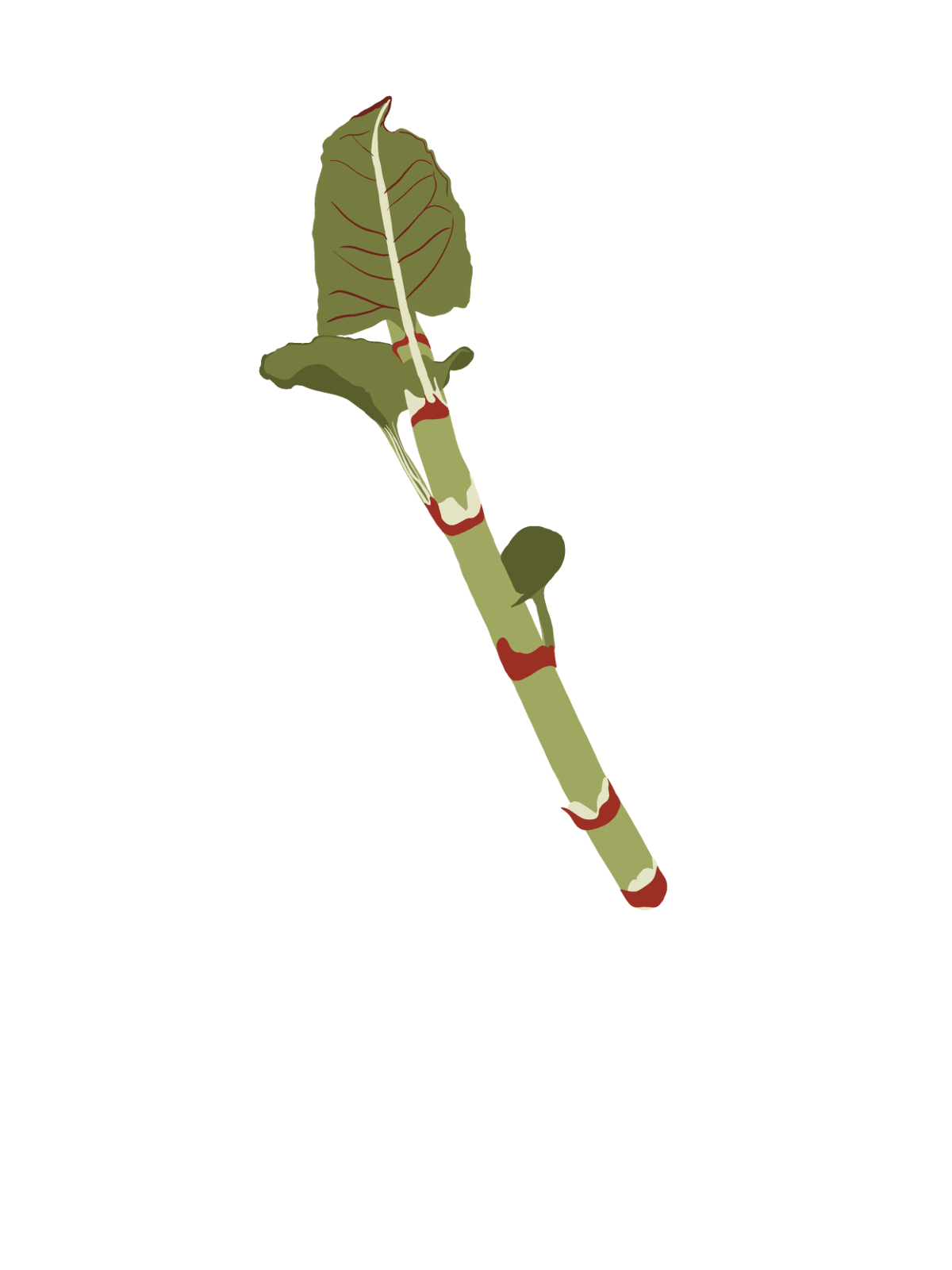 Japanese Knotweed can grow up to 10 centimeters per day. 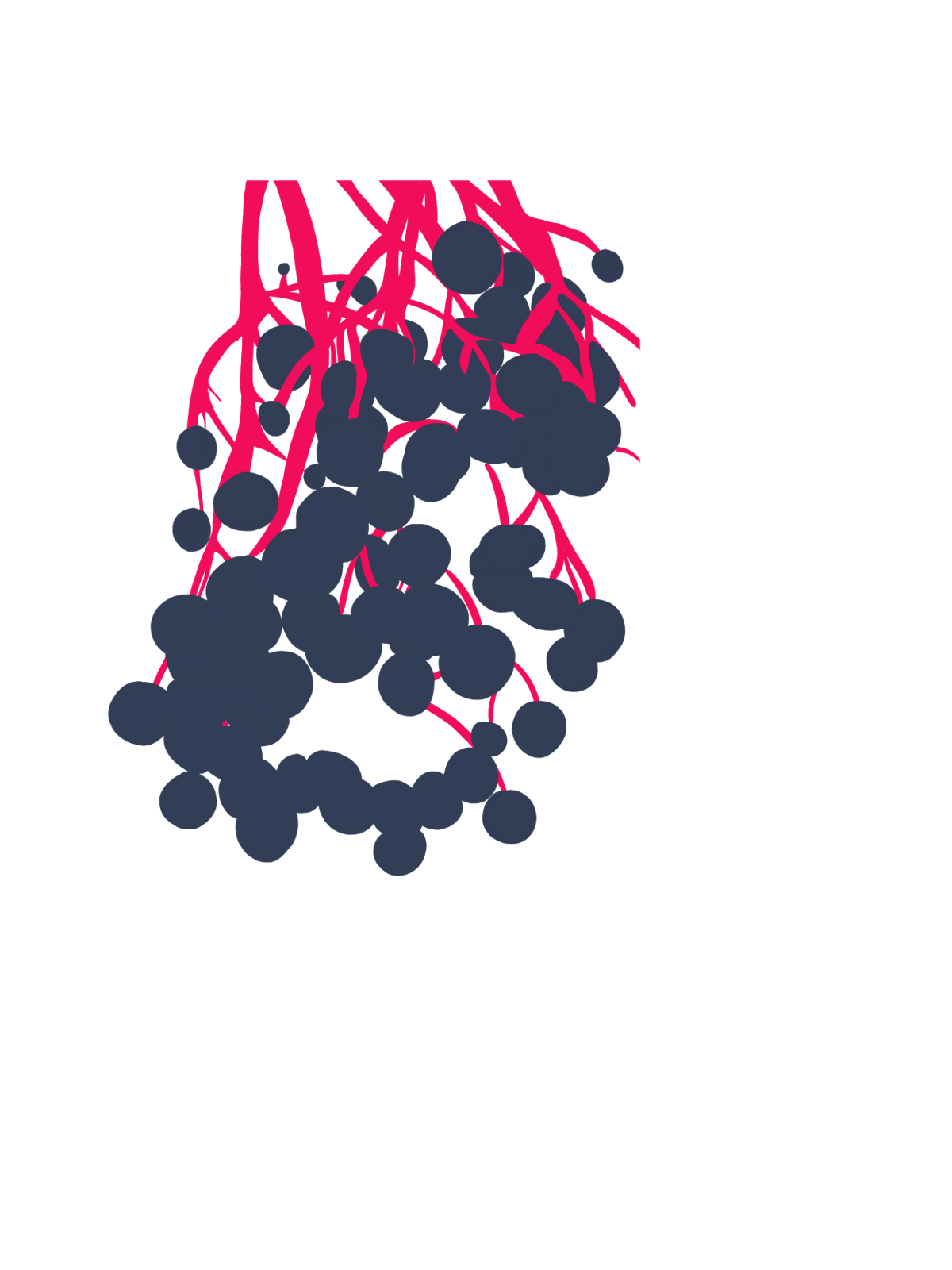 Both the flowers and the fruit of elderberries are great in cooking. 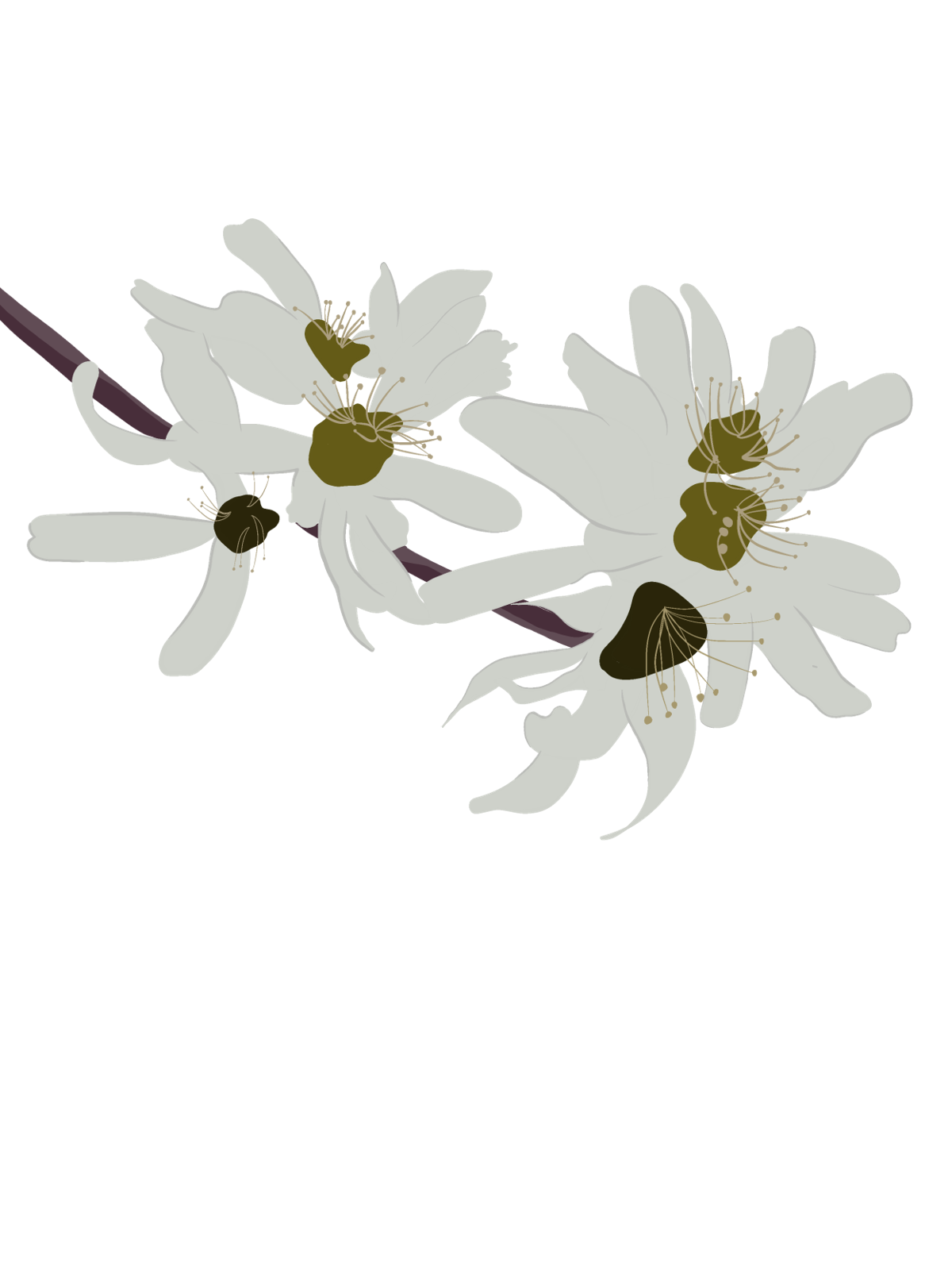 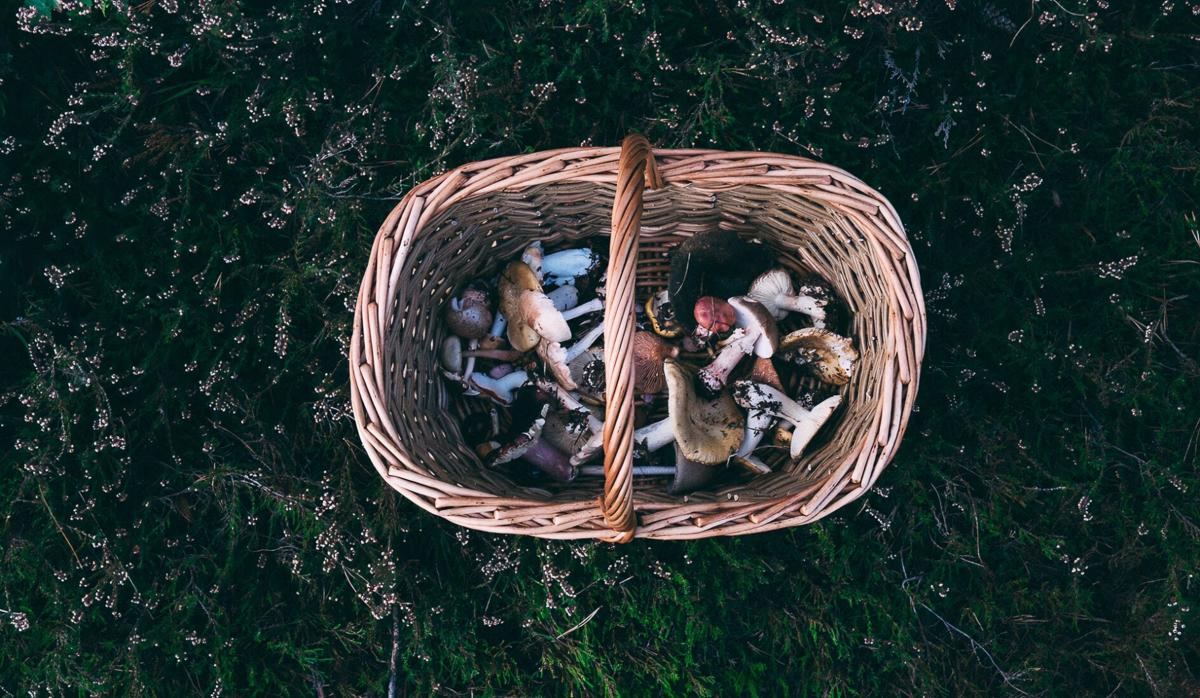 Beware of plants found closer to roads as they are more susceptible to pollutants.

Although it recently has gone viral on platforms such as TikTok, foraging has long been a source of free and flavorful food for those curious enough to get outside and explore. Foraging is the practice of finding, collecting and consuming wild edibles, including plants, mushrooms and fruit.

Ann Koenig, a community forester with the Missouri Department of Conservation, says even city dwellers can take part. Foraging is easily accessible, especially in warmer months, regardless of whether you live in an urban or rural environment.

“A lot of people, when they think about getting out in nature, they think they have to go to the very wildest places,” Koenig says. But in reality, some of the most delicious wild edibles could be just around the corner.

Beginning foragers should proceed with caution because many plants have lookalikes that can be toxic to ingest. Rachael West, a wild edibles educator in Springfield, says newbies should be sure to check multiple guidebooks’ descriptions of a plant before eating it.

It’s also important to be cognizant of your relationship to the natural world. Hannah Hemmelgarn, assistant program director at MU’s Center for Agroforestry, highlights the importance of what she calls “honorable harvest.”

“The way I think about honorable harvest is tending to the relationships that we have with the plants that we harvest,” she says. As a hobbyist forager herself,

With these tips in mind, Vox compiled a starting field guide to help you try foraging this summer.

In Missouri, common St. John’s wort mostly colonizes in areas that have been disturbed by humans, such as roadsides and train tracks. From May to September, it produces flowers that are edible.

How to spot them: This shrublike herb’s yellow flowers have five petals. The woody stems have many crowded leaves.

How to consume them: Tea made from the flowers and leaves can have anti-inflammatory properties. In tincture form, it’s said to have numerous health benefits.

Watch out for: You won’t want to consume its taller (and toxic) cousin, tansy ragwort. Ragwort reaches about 6 feet tall, while St. John’s wort maxes out around 1 to 3 feet.

Serviceberries are a great wild edible for city dwellers because they often aren’t, well, wild. Due to its large flowers, this small tree or shrub is frequently planted as an ornamental element in landscaping. Sometimes called juneberry, it produces berries from June to July.

How to spot them: Serviceberry produces showy, white flowers in spring and then reddish-purple berries in summer. Look for alternating, jagged leaves. It can grow to be 15 to 30 feet tall.

How to consume them: “The raw berries are rather bland, but make a good jelly,” according to Wild Edibles of Missouri by Jan Phillips. The berries also make a delicious pie or tart — use them as you would blueberries.

Watch out for: Pokeweed is a toxic lookalike with similar berries. It sports leaves with smooth edges, as opposed to serviceberry’s jagged ones.

Elderberry shrubs thrive in the moist soil along streams or rivers. They’re also often found along borders such as fence rows, roads and train tracks. In Missouri they’re often cultivated as a crop. Elderberries flower from May to July and produce dark purple berries from July to September. “Now is a good time to identify them because they have a very distinctive flower,” Koenig says.

How to spot them: Elderberry shrubs have lacy white flowers and opposite leaves with “toothed,” jagged edges, according to Wild Edibles of Missouri. The berries are clusters of small, dark purple fruits.

How to consume them: Although the berries won’t ripen until late summer and early fall, the flowers can provide delicious flavor if added to pancake batter, muffin mix or other baked goods. When fried in a simple batter, they make tasty fritters. The berries often are used to make juices, jams and syrups.

Watch out for: The shrubs’ bark and stems are poisonous. Instead, harvest the flowering tops. Distinguish elderberry shrubs from their mildly toxic lookalike, devil’s walking stick, by seeking out plants without thorny stems.

As an invasive species, Japanese knotweed is very common and spreads like wildfire. It can be found along streams, paths and fields, making it more difficult for other native species to grow. That makes it an especially good plant for foraging because it also helps control the plants’ spread. It flowers from July to September.

How to spot them: When in bloom, Japanese knotweed produces greenish-white spikes of flowers, but it’s identifiable by its reddish stalks and large heart-shaped leaves. It grows 3 to 10 feet tall.

How to consume them: Japanese knotweed shoots are the edible portion. Michigan TikToker Gabrielle Cerberville documents her foraging finds @chaoticforager. She features a recipe for strawberry knotweed pie, which she says is similar to strawberry rhubarb pie.

Watch out for: Noninvasives that resemble knotweed, such as Missouri’s official state tree, flowering dogwood.  

Save water, your money and the environment all at the same time