One chef’s trash is another bartender’s treasure — at least for Barred Owl Butcher & Table’s Bar Manager Andrew Ruth. After bartending for about a decade, Ruth knows his way around a cocktail and is reconstructing the way we think about drinks. He uses deconstructed food leftover from the kitchen — largely citrus, peppers, or berries — to make syrups, shrubs and bitters. These are mixed into cocktails to either enhance flavors or shine as a flavor of their own.

Maintaining a symbiotic relationship between the kitchen and bar makes business sense. Instead of having a “mindset of consumption,” as Ruth says, the team at Barred Owl uses products repeatedly to avoid waste and save money, which can then be used in other areas of the business. When Ruth has a simple syrup surplus, the kitchen uses it to make jam or jelly. He does the same with kitchen scraps to make shrubs, which are his primary way of preserving out-of-season fruits. Shrubs are a sweet yet acidic syrup-concentrate mixture of fruit or vegetable juice, vinegar and sugar. Ruth says this concoction dates back to early American colonialism when extra peaches and other fruits were made into jams and stored in cellars after harvest.

Ruth makes a spicy pepper-cilantro shrub by mixing jalapenos, poblano and bell peppers, cilantro, lime juice, apple-cider vinegar and sugar. The sugar is used for the maceration process, which pulls out the juices from the fruits and vegetables without cooking down the products. This process draws out the spicy, acidic, sweet and bitter balance of flavors.

The menu includes a regular and a rotating drink selection that changes with the team’s new creations. The bartenders experiment with anything from celery juice for a “cocktail version of broth” to over-smoked trout for a smoked-trout vodka used for bloody marys. Ruth says knowing your tastes will determine whether the more experimental drinks are for you. “We want people to expand their horizons; we want people to expand their palettes . . . (but) you don’t have to go out on the edge and drink some smoked trout.”

Sustainability is a priority for imports such as citrus, which is used for bitters, grenadine, limoncello and more. Seasonal local produce can be made into a shrub while in season and then stored on a shelf to gradually gain flavor complexity with time. For Ruth, marrying a practical concept with cocktail creativity is the ultimate goal. “I can use scraps from the kitchen; I can make it at the bar; we can make money off of it, and not only that, it tastes really, really good.”   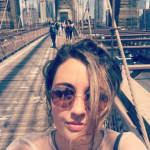