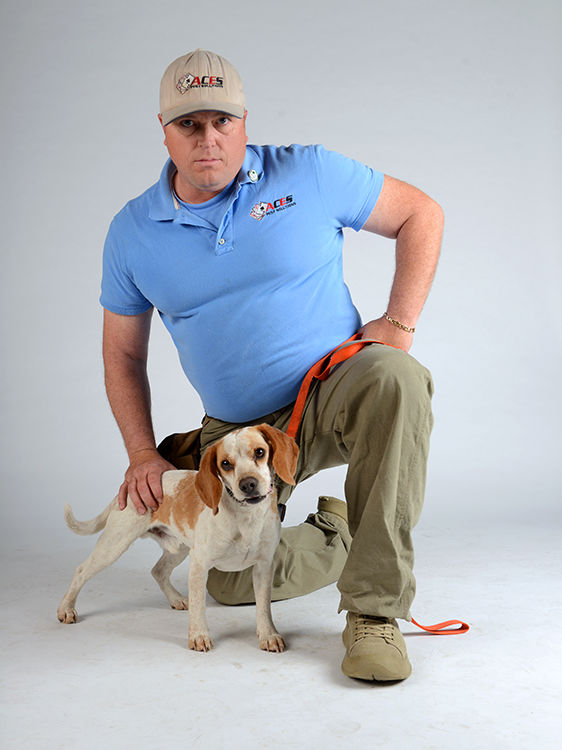 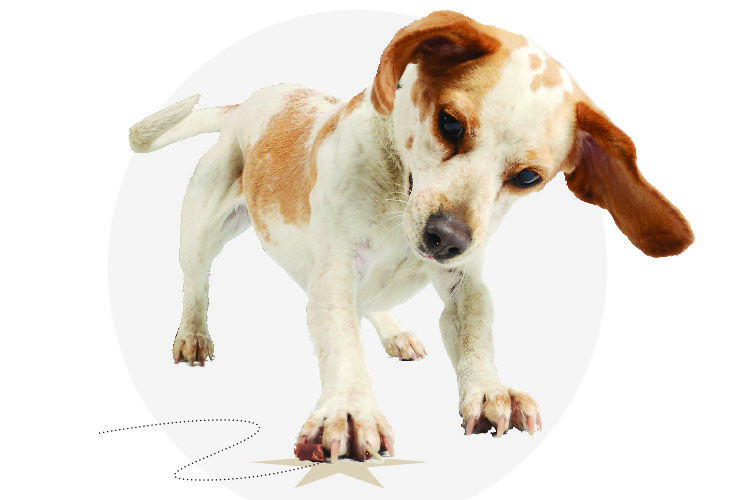 Ruger stands on his hind legs, front paws on the couch in a Jefferson City apartment, and sniffs from right to left along the edge of the cushion. The eager 2-year-old beagle wags his tail in quick, short pulses. Jay Hiebenheimer, a handler for ACES Pest Solutions, perks up, too. Ruger suddenly sits and looks at Hiebenheimer expectantly. The handler pulls a treat from his pocket and drops it on the floor. Ruger gobbles it up. Then Hiebenheimer fishes a glass vial of live bedbugs from beneath the couch cushion.

If a dog is man’s best friend, bedbugs might be man’s worst nightmare. Kent Marsh, an associate certified entomologist and the owner of ACES Pest Solutions, says a customer once fainted upon hearing that her home was infested.

That’s where Ruger comes in. He was trained at Iron Heart Training Center in Kansas City to sniff out bedbugs and their eggs. Matt Skogen, owner and director of training at Iron Heart, says he got his first request for a bedbug inspection dog in 2008. Since then, Skogen estimates he has sold about 600 trained dogs — mostly beagles and other dogs with hunting pedigrees, such as Jack Russell terriers — to pest control companies all over the world.

The primary focus of ACES has always been bedbugs, and by now, Marsh is an expert. He carries a small glass cylinder with samples of bedbug eggs and insects at various ages so he can show his potential clients. Humans can identify an infestation with only about 30 percent accuracy, Marsh says. Well-trained dogs, though, are approximately 90 percent accurate because they can sniff out the bugs’ presence before a full-blown problem occurs, he says.

Once an infestation becomes too severe, fumigation is the only solution, Marsh says. The treatment can cost anywhere from $10,000 to $100,000. Periodic inspections from a dog, however, cost about $750 per visit, compared with $50 to $200 for a human inspection. As homeowners and landlords have come to realize the potential cost of an infestation, fewer are willing to entrust their properties to someone who can only promise 30 percent accuracy.

The vial that Ruger discovered was a test sample placed in the couch by Hiebenheimer to keep the dog alert. Fortunately, Ruger’s find wasn’t a real bedbug infestation. The wingless, flat-bodied insects nest in furniture such as beds, chairs and desks and feed on human blood. Their bites usually burn, sting or itch, which makes living in an infested home unbearable. Richard Houseman, an entomologist at MU, says there is no exact data on bedbug infestations, but they have increased in the past 20 years because people are traveling more and pesticides are no longer used in homes. Picking up bedbugs during travel is a key transporter of the insects.

Marsh adamantly refers to the bedbug increase as a pandemic, and he predicts that there will come a day when all Americans will either have had bedbugs in their homes or know someone first-hand who has.

At that point, he projects the government will equip task forces with dogs and thermal treatment units.

Marsh believes the solution lies in educating the public about bedbugs and the potentially disastrous consequences of waiting for a human to find an infestation. Many people still think of bedbugs as mythical creatures, and Marsh is desperate to change that. “I’m trying like hell to make this thing slow down, but when I start talking about bedbugs, (people) look at me like I’ve got three heads,” Marsh says. “Until they get them.”

Sniffing out the bed bugs

How to prevent bedbugs

Inspect your luggage after returning from a trip

Hotels can be a nesting place for bedbugs. By checking your luggage before taking it into your home, you can avoid infestation.

This is a tell-tale sign bedbugs are lurking in your home. They look like mosquito bites, but if there are at least three in a row, check your home for bedbugs.

If you’re trying to be thrifty and decide to go secondhand, make sure you clean any furniture before taking it inside.

If all else fails, it’s time to bring in the experts.

Where to solve those pest problems