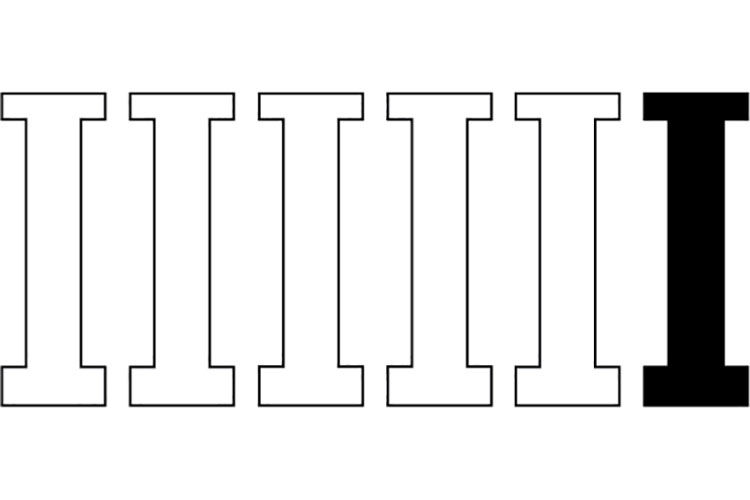 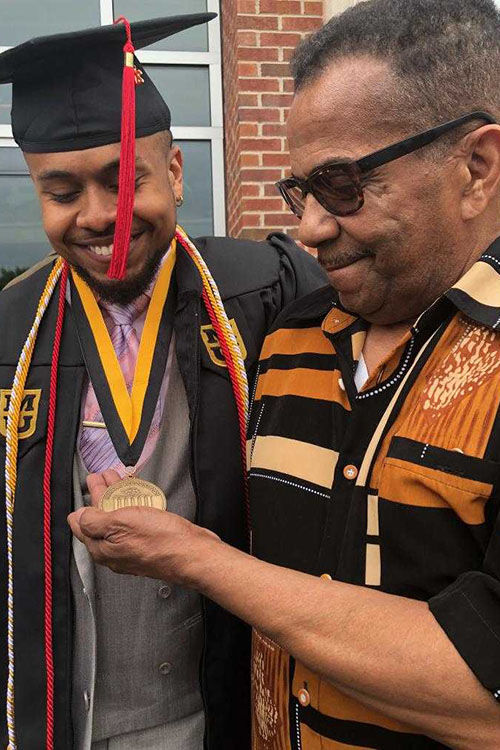 Tashan Reed celebrated his May 2018 graduation from the MU School of Journalism alongside his father, Kenneth Reed Sr. He previously interned at The St. Louis American and currently works as a Florida State football beat writer for The Athletic. 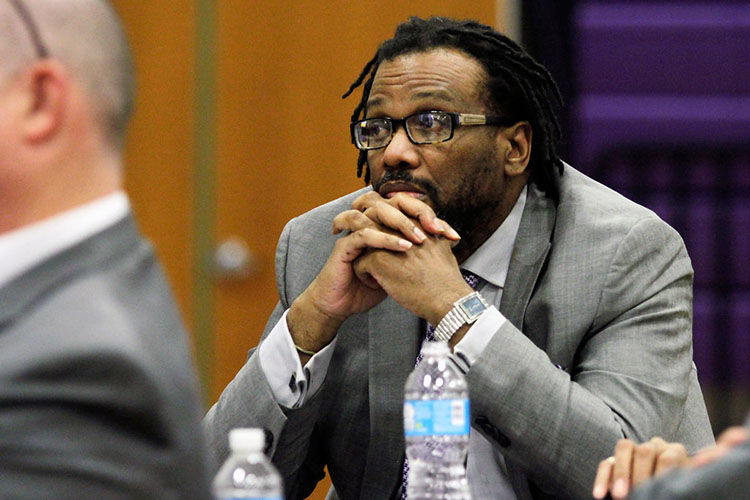 Carl Kenney is a former adjunct professor at the MU School of Journalism. Kenney spent his early life in Columbia and currently lives in North Carolina as a culture columnist for Durham Magazine. 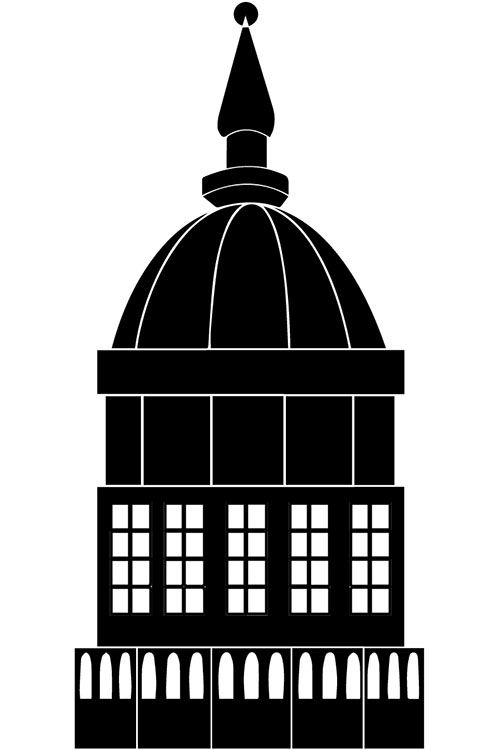 I first visited MU during my senior year of high school in 2013 to interview for the George C. Brooks Scholarship. The award is designed to recruit and retain undergraduate students from underrepresented ethnic groups, and the majority of my fellow candidates were black.

Along with an interview, the visit included several presentations and a tour of the campus. Halfway through my tour, a pickup truck filled with white men drove by my group and yelled, “Go home, niggers!”

The white female student leading us suddenly paused. Red in the face and flustered, she blurted out a quick apology. She was just a few months from graduation and swore that she’d never seen anything like that happen before. Just a few minutes earlier she’d been raving about how amazing and inclusive the university was.

On April 29, 1923, a mob dragged James T. Scott to the Stewart Road Bridge. He faced accusations of raping a 14-year-old girl but had been forced from his cell before any legal proceedings took place. No evidence connected him to the crime.

As a noose was placed around his neck, the fear he felt must have been unbearable. Despite pleas for his life, he was pushed off the edge. A crowd of spectators, composed of hundreds of prominent Columbia citizens, MU students and more, cheered as he was hanged. Scott worked as a janitor in the medical school at MU and it was possible — even likely — that he was innocent. In that moment, the only thing that mattered was that he was black.

Although the city has changed radically since Scott’s murder nearly 95 years ago, blacks are still financially, academically and professionally behind their white peers. Despite making up just 10 percent of the population, black people in Columbia account for 15 percent of the impoverished population, according to Data USA.

I grew up in Ferguson, Missouri, a quiet suburb of St. Louis that didn’t seem all too different from the surrounding neighborhoods. I lived below the poverty line in a split household, alternating time spent with my mother and father, and didn’t attend the best schools.

I felt that my childhood was the norm for a black boy in America. I didn’t complain much or see it as strange because many of those around me shared the same experiences. You get used to it when you don’t know anything different.

Traci Wilson-Kleekamp is the president of Columbia advocacy group Race Matters, Friends. She’s a black woman who was born in Albuquerque, New Mexico. She says she believes that situations like mine are the desired result of the system. “The system is designed to keep you trapped,” she says. “There’s so many barriers to having an equitable society because of the system and practices.” She named education, housing, poverty and unemployment as key areas of systematic concern but noted that the list goes on.

Unlike Wilson-Kleekamp, Carl Kenney says he thinks the root of the problem is internal. He’s a black man who grew up in Columbia in the 1960s before graduating from both MU and Duke University. “I think that it’s self-imposed limits that people of color put on themselves,” he says. He used an experience with his father as an example of these limits.

Kenney, a former MU School of Journalism adjunct professor, moved back to Columbia in October 2013 to take care of his ailing father. His dad was hospitalized but complained that his cable service at home hadn’t worked for months. Kenney solved the problem while his father was in the hospital and then offered to ask the company for a refund for the time that their service hadn’t worked.

“Don’t go down there,” Kenney Sr. told his son. “I have a good reputation among these white people, and I don’t want them to be mad at me.”

The conversation stood out. “It was that moment that I clearly understood this non-written code where black people stay in their proper places,” he says. “They remain in a place where they’re not gonna be considered a problem.”

There weren’t many white people where I lived to begin with, but I couldn’t recall being wrongly treated by any of them. I knew racism and structural oppression were real, but I hadn’t seen either in their overt form.

That all changed Aug. 9, 2014, when Michael Brown was shot and killed by police officer Darren Wilson. The ensuing uproar, protests, police brutality, vandalism, burglary and national media coverage changed my hometown and perception of race forever.

A couple weeks later, I started my freshman year at MU. I lived in Mark Twain Hall, where I could count the number of black people in the entire building on two hands. This was the first time that I actually felt like a minority.

I found myself angry, not just at the police officer who shot Michael but at all white people. I didn’t want to talk about what had happened in Ferguson. I stayed mostly to myself, noting how tense the racial atmosphere at MU seemed to be.

In the fall of 2015, then-Missouri Students Association President Payton Head took to Facebook to voice his frustrations with the racist and homophobic experiences he’d faced at MU. Head, a black and openly gay student, focused on an incident in which people in a pickup truck shouted racial and homophobic slurs at him.

I was reminded of my initial visit to campus — it had happened again. Head’s status and willingness to speak out, however, meant it wasn’t ignored. Protests led by activist group Concerned Student 1950, a hunger strike by student Jonathan Butler and a boycott by the Mizzou football team followed.

In the aftermath, a couple of MU administrators stepped down, diversity and inclusion training programs started, and enrollment dropped. It didn’t make racism at MU go away. I think the rest of the protesters knew it wouldn’t. I knew it wouldn’t.

Instead of fleeing to nearby cities, black people in Columbia have historically banded together.

From the early 1900s to the 1960s, the Sharp End business district served as a separate community for blacks. Stretching along Walnut Street, between Fifth and Sixth streets, the district featured everything from restaurants to meeting halls. Columbia residents frequented the Blue & White Cafe, which became famous for its hot dogs and hamburgers served by “Pop” Britt. Students from nearby Douglass High School visited the restaurant before school and at lunchtime. The Harvey House, one of the only places that offered lodging to blacks who passed through the city, was a rooming house that hosted both Columbia residents and travelers.

These establishments were torn down during an urban renewal project in the 1960s. Just like that, the “cultural heart of the black community” was snatched away.

Kenney grew up in Columbia during this era. He lived what he described to be a comfortable life. He was a good student and an athlete. There was one thing, however, hanging over his head: He was black.

Kenney didn’t think anything of it when he was walking home from school one day and a group of three boys approached him. Suddenly, he was tossed against a tree. Moments after Kenney’s back slammed against the rough bark, he was kicked in his side. “Nigger!” the gang shouted as they surrounded and towered over the defenseless boy.

No one came to Kenney’s aid. He was forced to endure the beating. Afterward, he stood up from the base of the tree, brushed himself off and reflected. He wasn’t sure why the boys attacked him, but he knew that “this race thing was going to be a problem.”

While displaying images of young blacks dressed casually on the screen behind him, Matthes said the pictures made him uncomfortable. “In the upper left, he’s flashing a gang sign,” Matthes said. “The guy in the middle looks like he’s gonna rob a bank. The upper right, I’m not sure which gender he or she is; I’m befuddled. Lower left, why is he so angry? And the lower right, that’s totally inappropriate dress in a professional environment if you’re looking for a job.”

Matthes’ comments drew immense criticism from breakfast attendees, media, Twitter and even the NAACP. Matthes’ presentation was insensitive, particularly ill-timed and highlighted some of the issues that permeate the community.

Fourth Ward Councilman Ian Thomas, a white man who was born in London, lands somewhere between Kenney and Wilson-Kleekamp. He places the burden on white people while avoiding completely blaming them.

“I’m absolutely certain there are people in Columbia that are resistant to this [change,] and some of them are in high positions,” Thomas says. “I think people are on a spectrum as to whether they care about this or whether they even know about it.”

Doing something about it

Since becoming a member of the Columbia City Council, Thomas has strongly pushed for a policy that would seek to benefit Columbia’s black residents: The Community Outreach Unit, a community policing program.

The EdX program, an educational initiative that offers full-ride scholarships and jobs to minority students pursuing careers in education, is another positive step that Thomas brought up.

Despite showing promise, these programs can get held back by a lack of funding, participation and a general unawareness that they even exist.

I believe that cooperation between blacks and whites — paired with an acknowledgment of the unequal treatments of blacks in Columbia — are crucial for any substantial change to occur. Reversing these conditions will take a lot of time and immense effort from all parties.

I can confidently say that I’ll never live in Columbia again. In my four years here, I’ve never felt comfortable, and I don’t think that will ever change.