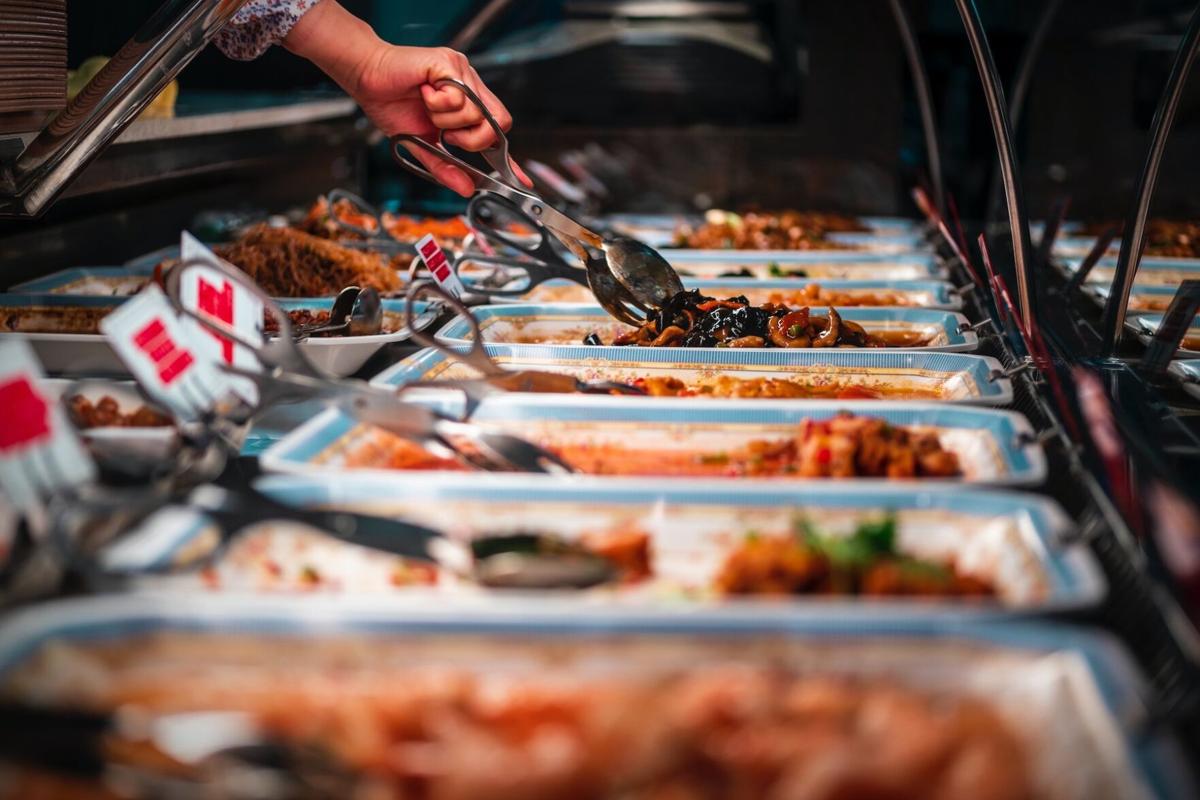 Food sits out under a heated light while an individual hand grasps the tongs, which allows people choose their meal. 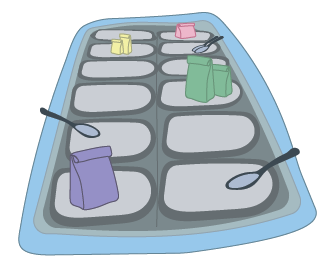 Self service is not what it use to be since COVID-19 changed the viewpoint of what is sanitary.

Picture going out for a buffet-style brunch on a Sunday morning. Steaming pans overflow with exposed food for customers to help themselves. Each person grabs a plate from the same stack, grips the spoons one after the other, fingers mere inches away from grazing mountains of eggs and toast.

Although this used to be the reality at weddings and restaurants across the globe, the buffet could become a relic of pre-pandemic society.

The Sunday brunch buffet at The Heidelberg, which has been a staple in the Columbia community for 40 years, is just one example. “It’s something people look forward to,” says Richard Walls, owner and manager of The Heidelberg.

Or it was something people looked forward to before it was shut down.

In March 2020, The Heidelberg was closed for one month due to COVID-19. Although the restaurant has reopened with socially distanced seating and mask requirements, the buffet remains empty a year later.

Sara Humm, an information specialist for Columbia Public Health and Human Services, says the current city ordinances regarding restaurant protocols prevent buffets from operating traditionally. But some buffet restaurants such as Golden Corral and Cicis Pizza have been able to operate under adapted practices.

“What some of them have done is more of what we would consider a cafeteria style where someone is serving them versus them serving themselves,” Humm says.

For smaller businesses like The Heidelberg, though, that model isn’t sustainable. “If we had people serving the food, we could still do it, but it would be expensive,” Walls says. The Heidelberg would have to sell buffets to nearly 150 people to generate enough profit for it to be worth reopening its buffet.

For catering services, shutting down is not an option. Travis Rudloff, co-owner of 4 Points Catering, says he and his team have added more staff to accommodate wedding catering. “What happens is we either have to serve it, or we have to portion up [the food],” Rudloff says. “That adds costs as far as staff and time.”

This is also the case for boxed lunches and plastic-wrapped plasticware, which are things 4 Points Catering had never done before the pandemic. “We are seeing some people order, and everything has to be individually boxed and portioned out, which not only takes more time, but it adds more cost as far as the lunches are concerned,” Rudloff says.

Walls says he believes it’s unlikely that The Heidelberg’s buffet will resume in the near future, but it could open for big or special events.

Rudloff, however, remains optimistic. “I think the pre-packaged silverware… some of that stuff will still stick around,” Rudloff says. “But I also do believe the larger events will eventually come back.”

We have the vaccine — what’s happening now?

Listen to the beat of the pandemic