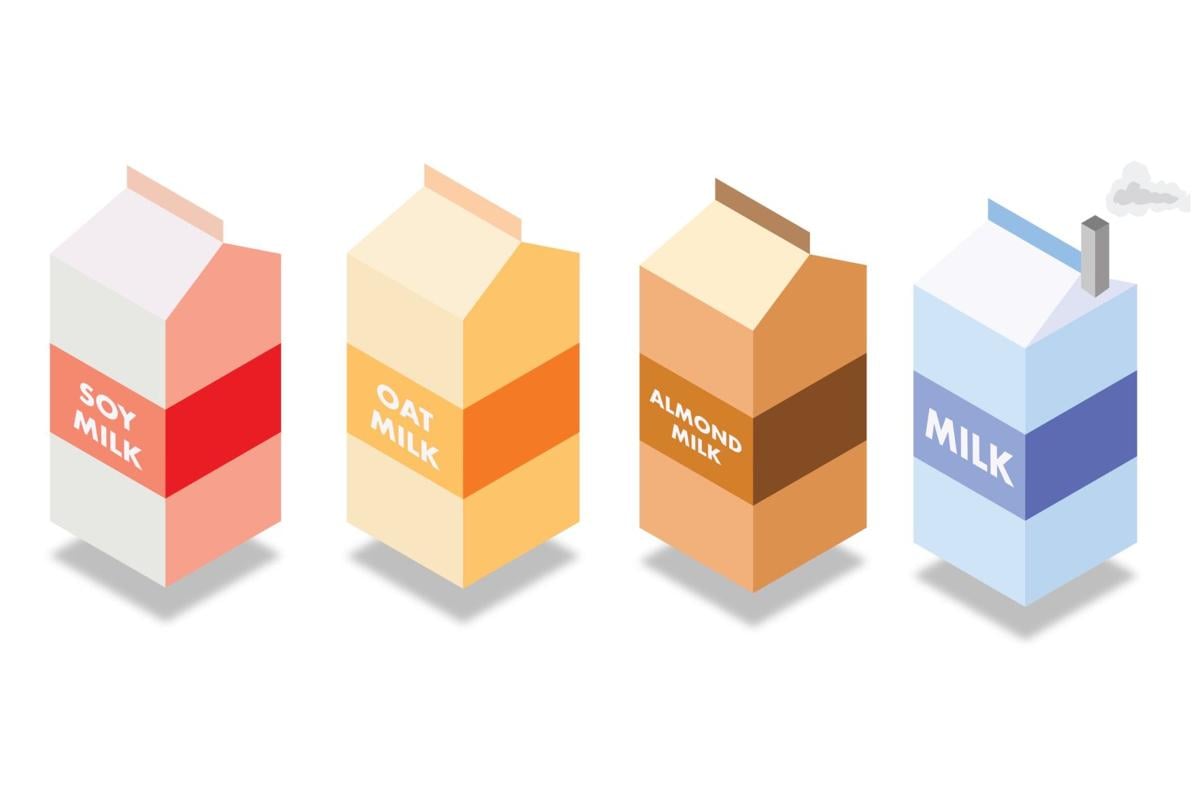 Nondairy milks result in less carbon emissions than dairy milk, and they typically use less water in the production process. 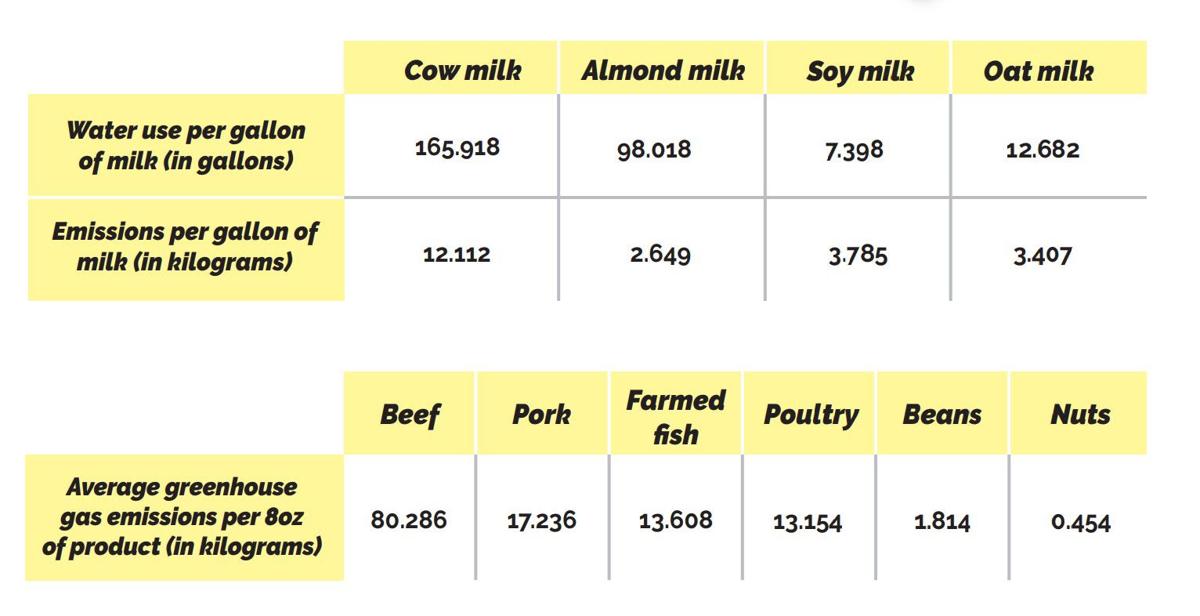 Poultry meat produces less greenhouse emissions than any other kind of meat, but beans and nuts are still the most emission-friendly protein sources.

What you eat matters, and not just for your health. Consumers can take ethical and environmental stances by changing what they put in their grocery carts. Although it’s true that one person’s actions can’t stop the greenhouse effect or bring an end animal cruelty, there are actions that, if made collectively, can make a difference. We investigated four methods, rated from 1 (least difficult) to 5 (most difficult).

The facts: Ray Massey, professor of Agricultural and Applied Economics at MU Extension, says changing consumer habits can have a pretty big impact on farming practices. Consider plant-based milks, which typically produce only one-fourth of the carbon emissions produced by dairy milk and require less land to create.

Nondairy milk options include almond, oat and soy milk. Although almond milk has lower greenhouse gas emissions, the production process uses a lot of water — significantly more than any other plant-based milk.

How to: Weigh the pros and cons, including cost and taste, when you peruse the dairy aisle. At Hy-Vee, for example, a half-gallon of Central Dairy 2% milk is about $2.50, while a half-gallon of Silk soy milk costs twice as much.

Think before you pick your protein

The facts: Humans need protein. There’s no getting around that. Meat is the most common protein product in the U.S., but there are plenty of plant-based proteins, and they vary greatly in their environmental impacts. Beef is by far the most damaging in terms of greenhouse gas emissions because it requires extensive land use and feed production and because cows naturally release large amounts of methane.

Poultry is the least-damaging animal protein, but plant-based proteins like beans and nuts are the winners in terms of low emissions.

Livestock can actually be pretty efficient, depending on how they are raised.

Massey says he believes it matters less what you’re eating and more how much you’re eating. In the U.S., the amount of meat we consume per capita is three times the global average. The Food and Nutrition Board, which sets recommended dietary allowances, suggests only 10% of daily calories come from plant or animal protein, but for the average American, that number is closer to 16%.

“We would probably have a much better reduction in greenhouse gases if we just ate what we needed instead of what we wanted,” he says.

The facts: Shipping food products can come with high environmental costs. Out-of-season produce might have been shipped long distances to your area, and shipping processes can produce large quantities of carbon emissions. By shopping locally, you’re buying in-season products that haven’t had to travel as far from the farm to your fridge.

How to: Several places in Columbia provide local products, including Root Cellar and the Columbia Farmers Market. Still, consumers have to decide what “local” means to them. For example, all vendors at the farmers market are based within a 50-mile radius of the market. Farmers Market Executive Director Corrina Smith says, “For us, it’s that radius, and it’s that opportunity to talk to (the vendor) … You get to ask them, ‘How is this raised? Did you spray? Did you not? Grass-fed? Or not?’”

The facts: Although meat can be produced efficiently, removing it from your diet is a fast way to slash your carbon footprint. Many people, including the owner of Main Squeeze Café, Leigh Lockhart, choose to go vegetarian to take a stance against animal cruelty. Factory farms raise large numbers of livestock in confined spaces and damage the environment through high methane emissions and large amounts of animal waste that pollutes water supplies.

“When you really embrace the information and have the information, it’s very hard to keep eating meat,” Lockhart says. Some people go one step further and switch to a vegan diet, which removes animal byproducts, such as eggs and dairy, and is even more environmentally and animal-friendly.

How to: A major dietary change like this requires planning and self-discipline. Lockhart became a vegetarian about 35 years ago. She knows it’s not easy for everyone to commit to a plant-based diet but advises people to “take it easy on yourself, and give yourself lots of grace. Do what you can, and try to explore the new foods that are out there that are making it so much easier for people to eat a more plant-based diet.”

Whatever substitutes you choose, be sure to do your homework, and find out what its environmental and ethical pros and cons might be.

How to shop, cook and recycle smarter to reduce food waste