When clients at The Woods Spa look visibly relaxed during their facial appointments, spa owner and esthetician Diedra Calvin says she likes to surprise them with an added element of sensory stimulation: a smooth, jade gua sha tool she typically keeps refrigerated.

Starting at the jaw, Calvin gently rubs the curved stone upward, moisturizing the skin beforehand to help the tool glide. “All of a sudden they’re like, ‘Ooh, what’s that?’ ” Calvin says.

What is gua sha?

#Lymphedema is a debilitating condition that sometimes develops after cancer treatment. @MayoClinic is offering #regenmed surgical options to reverse the damage and restore function. @MayoCancerCarehttps://t.co/AHAalC4VEp pic.twitter.com/JJ99uK3Gmn

From an aesthetic perspective, Calvin says she is surprised it has taken this long for such tools to become common. She says the difference is noticeable almost immediately after use on the face. Over the past year, these instruments have garnered even more popularity, with Vogue referring to the pandemic as the “era of the au naturel nip-tuck.”

“We have so many facial muscles that we use every day,” Calvin says. “It’s a good thing to step aside and do something mindful for yourself in the day.”

The purported cosmetic benefits of such devices can be credited to lymphatic drainage, the movement of lymphatic fluid, which contains bodily waste, to other regions in the body that can better help drain or absorb the waste. Although massage and gua sha have long been part of traditional medicine in some Asian countries, scholars trace the lymphatic drainage technique to the 1930s and Danish professor Emil Vodder, founder of lymphology.

A former nurse, Jackie Noel realized the power of lymphatic drainage long before it entered the mainstream wellness market. She began practicing the technique in 2003 after discovering it could help cancer survivors suffering from lymphatic ailments. Now, she offers alternative therapies at SpiritWorks clinic in Columbia. She says some of the benefits include reduced stress, better immune function and less chronic pain and muscle fatigue. Noel only massages with her hands since she is still unfamiliar with the tools.

“[The lymphatic system] is getting a lot of notoriety because, we’re able to identify its characteristics and its contributions in a whole new, meaningful way,” Rodrick says. “Forty years ago, people looked at me like I was crazy for treating [lymphatic disorders]. Now, it’s much more embraced.” Rodrick says other networks in the body were previously believed to be responsible for eliminating waste-filled fluid from the body, but imaging technology has shown that the lymphatic system is actually responsible for removing those toxins.

What do I need to know?

What is the lymphatic system?

At-home tools can be a quick and inexpensive way to treat yourself. For many, swiping a stone device over the skin feels more effective. Like facial cleansing brushes, drainage tools are not essential but can create a feeling of heightened benefit. Such tools usually come with instructions for use. But there are instances where precautions should be considered.

For some, attempting procedures such as face rolling or manual massage can cause certain conditions to spread and result in bruising and internal bleeding. If someone is on blood thinners or anticoagulants, or experiences circulatory problems, then they should see their doctor before deciding to go to a clinic or purchasing tools.

Rodrick says there are many health conditions that can be worsened by using too much force in the wrong areas.

“In general, I am a firm believer in alternative medicines,” Rodrick says. But experts in such therapies bear a responsibility to warn against potential dangers. “I think we have to be careful and not cross the line to negligence.”

We have the vaccine — what’s happening now?

From carpooling to water fountains: Things just won't be the same after COVID-19 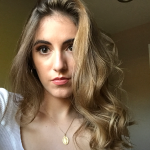