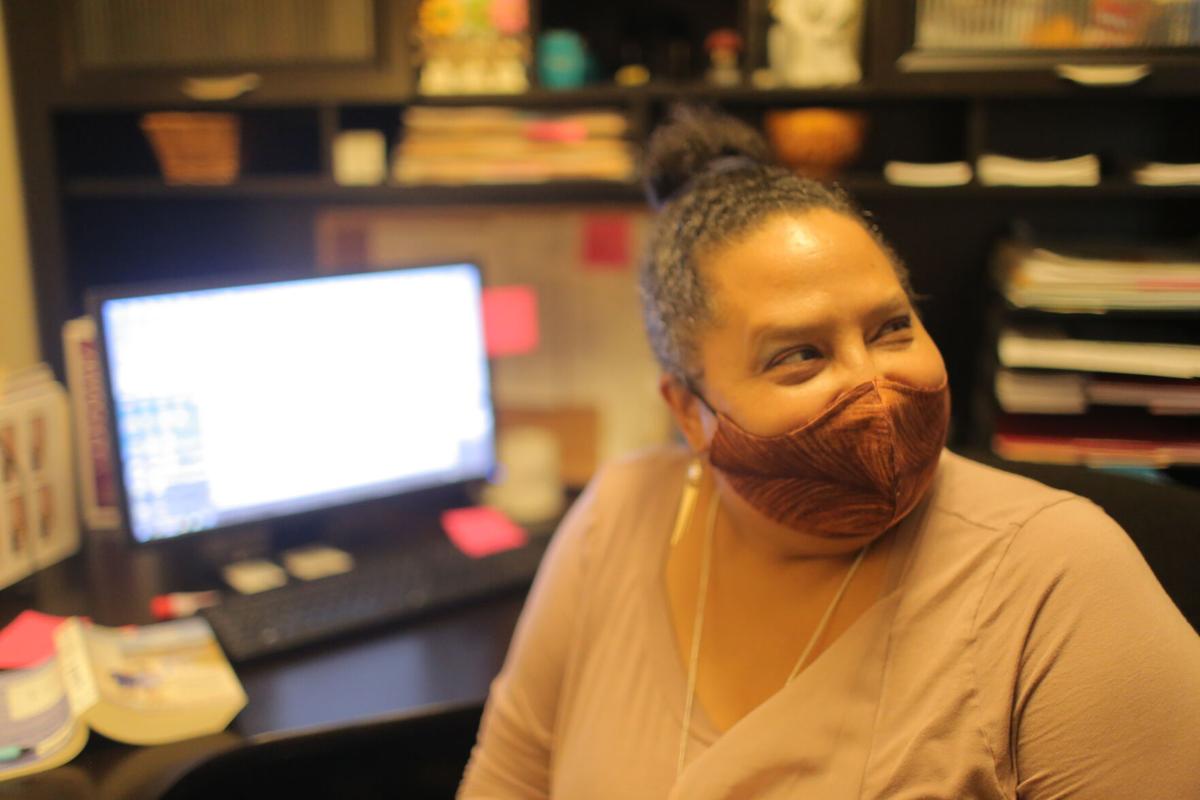 Shelters look a bit different during the pandemic. Tania (last name omitted for safety of subject) is a shelter advocate and case manager at True North who assists many of the facility's homeless residents. 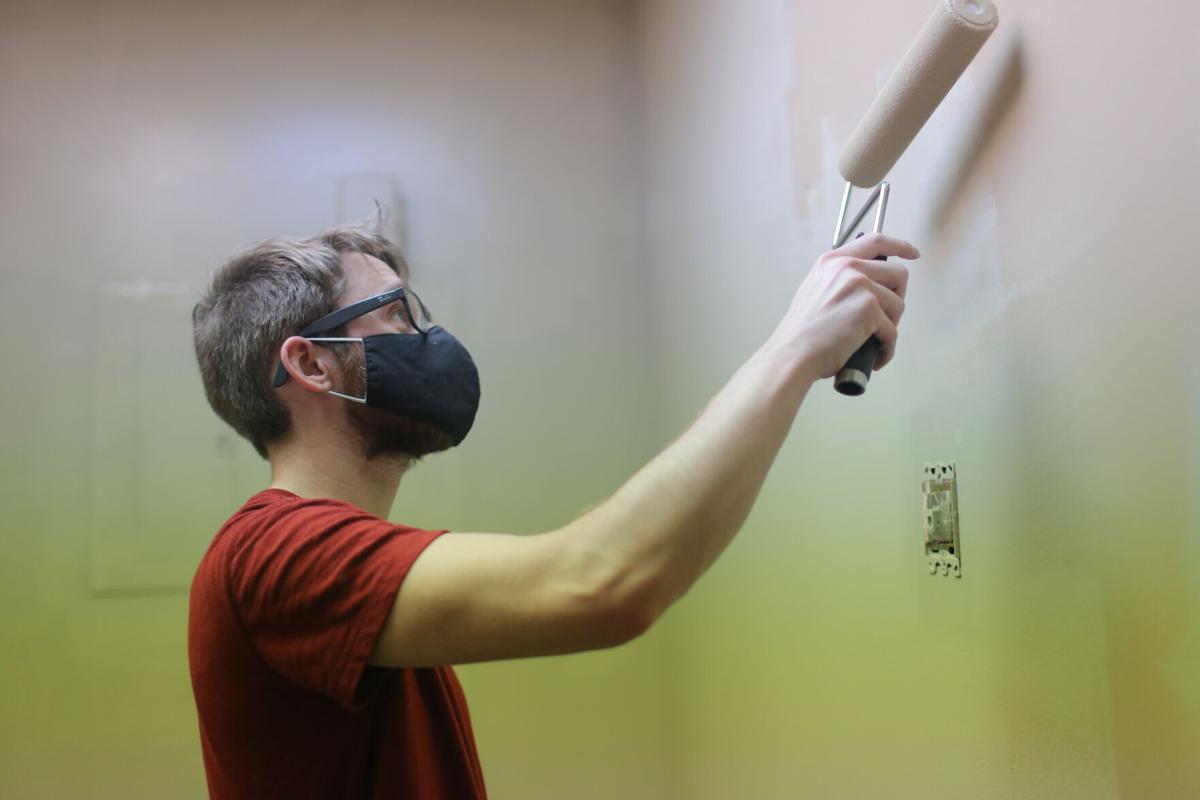 Shelters in Columbia are having to change their operating procedures because of the COVID-19 pandemic. Luke Schrand, True North lead residential victim advocate, paints a wall in the kitchen at their office in Columbia.

In an ordinary year, Missouri winters bring freezing temperatures and added difficulties for Columbia’s homeless population. With the city’s first snowfall this season coming earlier than expected on Oct. 26, homeless shelters had to adapt to ensure those in need could escape the cold while adhering to pandemic protocols.

Salvation Army Harbor House is one of these locations. The facility serves as a shelter for men, women and families for up to 90 days. In March, Harbor House’s staff had to adjust quickly to the pandemic to keep themselves and their residents safe, says Jordanna Boyd-Proctor, regional social services director for the Salvation Army.

Safety measures include beds spaced apart at recommended distances, temperatures taken twice a day and mandatory mask-wearing in common areas. Additionally, the shelter implemented mandatory hand washing and social distancing, and hot lunches have been phased out in favor of to-go bag lunches. New people who enter the shelter are required to complete a COVID-19 screening via appointment.

45%: The rate at which homelessness grew nationally due to increased unemployment during COVID-19

Dec. 13: Opening day of Room at the Inn, an overnight winter shelter, at the Unitarian Universalist Church

Although many of Harbor House’s residents dislike living in the shelter with its new pandemic policies, Boyd-Proctor says they prefer using Harbor House’s facilities over not having any place to go.

Boyd-Proctor says this season’s low occupancy might be because residents struggle to abide by the shelter’s pandemic precautions, such as limiting travel outside the shelter to essential errands or work.

She also thinks communal living is a fear among potential occupants. Specifically, she says occupants who normally prefer using the shelter are now choosing to live with family or friends to avoid catching COVID-19.

Harbor House is not alone in this struggle. True North, a 24-hour shelter for anyone experiencing intimate partner violence — especially those who are homeless as a result of relationship violence — has also had to adjust its operation to accommodate pandemic safety.

Like Harbor House, True North occupancy decreased, down 25% during the pandemic, says Elizabeth Herrera Eichenberger, executive director of True North. With roughly 300 people at the shelter throughout the year, True North has adjusted its housing policies. The organization has hotel rooms where people can quarantine until they’re healthy. Once they are COVID-free and space is available, they can transition to the shelter. If space isn’t available, they can stay at the hotel.

“The goal here is that none of us want the pandemic to be a reason why somebody doesn’t leave an abusive relationship,” Herrera Eichenberger says.

She says True North was lucky to have community support when many shelters were closed, specifically financial support from the COMO Health Initiative, the Community Foundation and Veterans United. Funding from these organizations allowed the staff to get creative and come up with the hotel idea.

True North also saw a 25% decrease in calls to its hotline during March, April and May. Herrera Eichenberger says call rates are slowly returning to normal.

Boone County has several homelessness initiatives in place, including reopening four warming centers with added safety measures for COVID-19, says Steve Hollis, human services manager for Boone County. Warming shelters include the lobbies, restrooms, drinking fountains and other public areas in designated buildings, such as the Boone County Government Center and the Activity and Recreation Center. Warming centers are only open during daily business hours. Starting Dec. 13, Room at the Inn will serve as Boone County’s overnight shelter at the Unitarian Universalist Church.