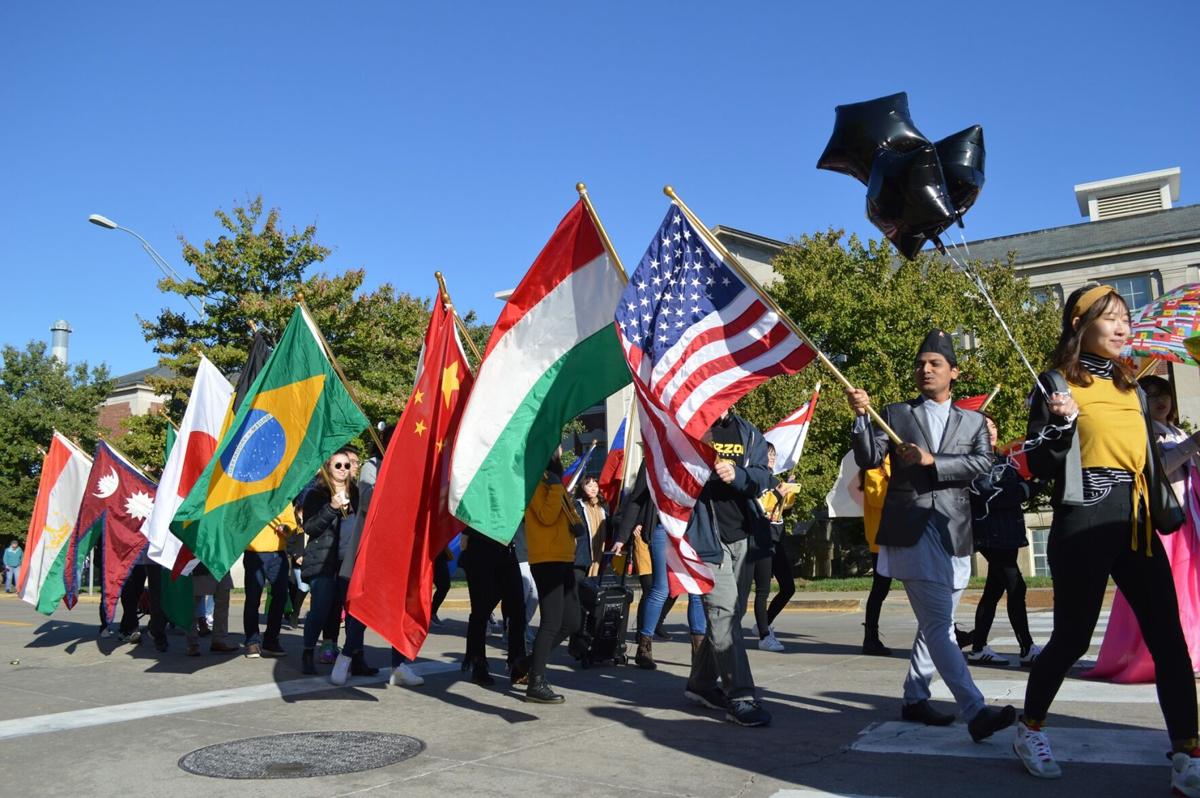 Missouri International Student Council members and volunteers marched in the 2019 homecoming parade. There are more than 1,200 international students currently enrolled at MU. 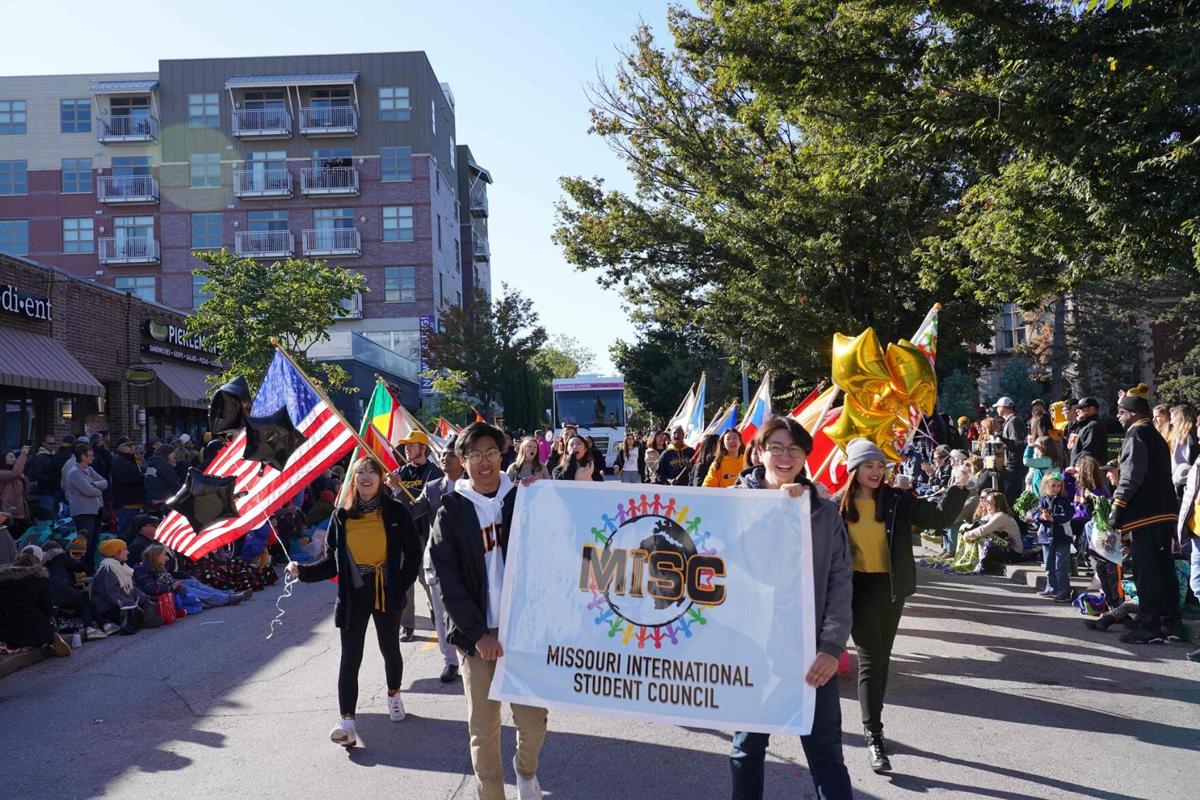 The front of the Missouri International Student Council's procession in the 2019 homecoming parade.

Transitioning into college life is a stressful experience, but attending a college in another country is even more intimidating. On top of being accepted into a university, international students have to apply for a visa to enter the United States.

In July, the U.S. Immigration and Customs Enforcement announced it would not allow international students with online-only classes to stay in the U.S. The decision was later reversed, but visas are not being given to new online-only students, according to a news release from ICE. Some students’ visa appointments were delayed until October, which forced them to push back their admissions to spring 2021. About 300 international students usually come to MU each fall, but there were only about 100 students enrolled this year, Currey says.

What does it take to become an international student in the U.S.? Vox sorted out some common questions about the visa process.

Visa: A document that gives the owner official approval to enter and remain in a foreign country for a certain amount of time.

F category visa: Also known as a student visa, this is the type of visa international students must apply for, according to the Bureau of Consular Affairs.

M category visa: A student visa for those enrolling in vocational programs such as flight school, mechanical classes or cosmetology.

Form I-20: A document proving that an international student is legally enrolled in a program of study in the U.S.

How does the application process begin?

Students apply to their colleges first, and the colleges look at factors such as financial support, academic qualifications and English proficiency. Once accepted, the school registers the applicant in the Student and Exchange Visitor Program, which holds information for the Department of Homeland Security. The school sends the student a document called Form I-20, which confirms the student’s eligibility to study in the U.S.

The student then takes the form to an appointment at the nearest U.S. consulate or embassy in his or her country. Genoveva Gomez, a senior at Columbia College studying psychology, did her consulate meeting in her hometown of Guayaquil, Ecuador. “It’s very nerve-wracking,” Gomez says. She says she was worried her visa would be rejected or that the process would be unpleasant.

Candice Wu, a senior at MU studying communication, says an agency helped her with her visa process.

How long does it take?

Sending and receiving documents can take several months, but it depends on the country. It took Gomez at least a month, with online forms taking five hours to fill out. Wu waited one month for an appointment and three months to receive the visa.

What is the cost?

Students pay $350 to enroll in the Student and Exchange Visitor Information System and $160 for the visa application fee, Currey says. An MU application to enroll costs $65. This total of $575 doesn’t include the costs of traveling to a consulate and later to the U.S.

What other requirements are there?

Interviews at the nearest consulate are mandatory for every visa applicant. Questions about the student’s college, family, finances and reasons for studying abroad are common.

Gomez’s interview process consisted of basic questions about her college and her identity. Wu says she was nervous about being rejected during her interview at the former U.S. consulate in Chengdu, China. She was asked about why she wanted to study in the U.S. and what she liked about the country.

How do universities help in the process?

International centers guide students through the paperwork and help them prepare to travel. “We try to help them navigate the nuances of a very complex set of rules, regulations and limitations to get the most out of their status,” Currey says.

However, the process still relies on a lot of individual effort, Gomez says, despite the assistance of Columbia College International Center. “It’s a lot of bureaucracy,” she says. “(The college) does what they can.”