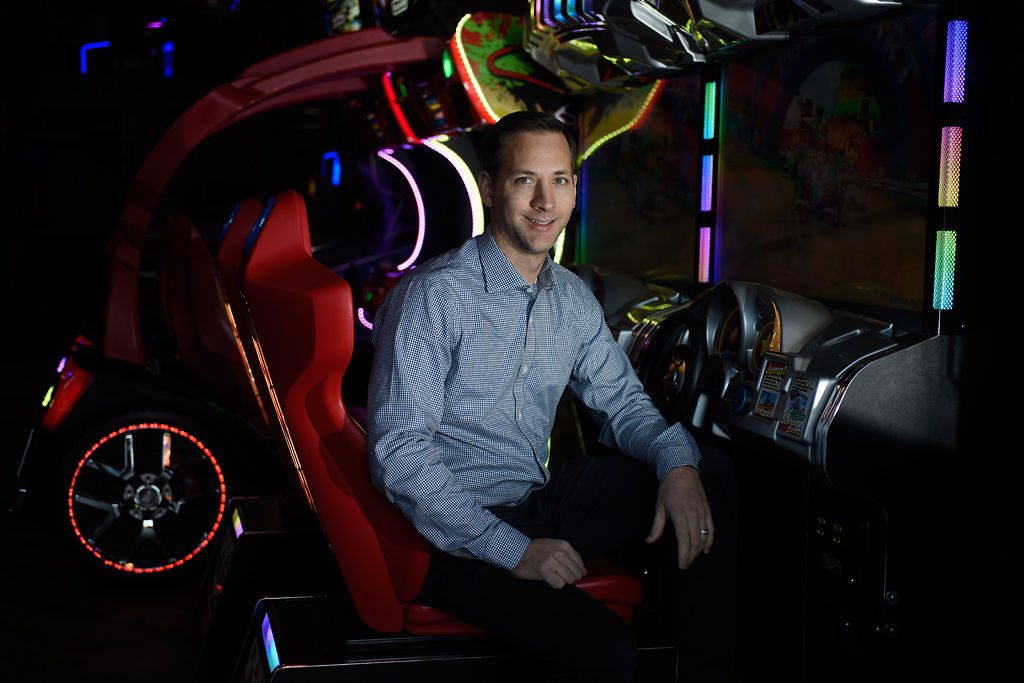 Nic Parks, the owner of local arcade bar Silverball, has also helped run other businesses such as The Pinball Company and the Arcade in the Columbia Mall. 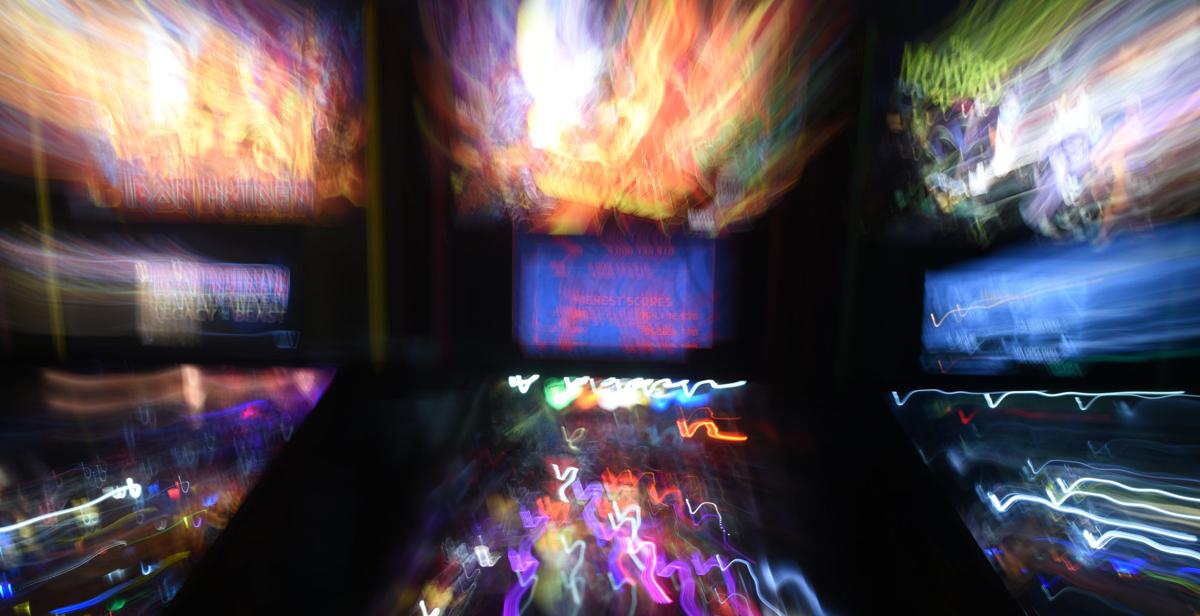 Pinball machines might not seem like the place to try to strike it rich in business, but don’t tell that to Nic Parks, founder of The Pinball Company. One of Parks’ inspirations, famed investor Warren Buffett, got his start in 1946 by purchasing a pinball machine for $25 and convincing a local barber to install it in his Washington, D.C., shop. By the end of the first week, Buffett had earned enough money to buy a second pinball machine. “It was the best business I was ever in,” he once told his pal Bill Gates, one of only two men in the world who can boast of a bigger bank account than Buffett. “I built a small empire on it.”

Sixty years later, Parks would start his own small empire in much the same way. First, pinball machines. Then the games at the Arcade at Columbia Mall. Then, Silverball arcade bar. This month he’ll add Level Up Entertainment, an upgrade of the family fun center at the Columbia Mall.

Parks started at MU in fall 1997. Inspired by his high school math teacher, he hoped to major in math education. He started down this path but ended up taking Finance 123, a basic intro to finance class, as an elective and found his calling. He decided that if he enjoyed one business class, he might enjoy business as a whole and switched his major. In 2002, Parks graduated from MU with a bachelor’s degree in business administration with a finance emphasis and a minor in math.

After graduation, Parks moved back to St. Louis, where he sold insurance and helped with financial planning for Northwestern Mutual. With his finance background, Parks had plans to become a certified financial planner. After about a year and a half, he discovered he wasn’t getting what he wanted out of the job. He decided to make his way back to MU for graduate school in 2004 to get his MBA.

During this time, Parks “caught the bug” for education again and began teaching a few finance classes at MU, including the class that got him interested in business, Finance 123. He briefly toyed with the idea of becoming a college professor, but the focus on research soon dissuaded him.

In 2006, Parks found a job at Amini’s Galleria in Chesterfield, which sold pool tables, jukeboxes, home-theater seating and pinball machines. Even though he enjoyed the job, Parks started considering a bigger picture. “For me, coming from my background, having an MBA and kind of thinking like a consultant, I immediately thought, ‘I’m gonna use this knowledge to open my own business,’” Parks says. A few months later, he would do just that with The Pinball Company.

The Dawn of an Empire

Parks found an interest in video games at an early age, playing games like Super Mario Bros and Pitfall! almost daily after school. He didn’t know it at the time, but the lessons he learned in those games would play a key role in shaping his outlook on life as an adult. “Every day it was pop it back in and try to get to the next level, and that’s business,” Parks says. “Every day you want to get to the next level, whatever that is.” He compares the process of growing a business to game players collecting items and advancing characters’ levels to get stronger. No matter how minuscule the improvement may seem, it’s still an improvement.

The Pinball Company started as a website that launched in August 2006. In those early days, Parks had no inventory, little knowledge on fixing and maintaining pinball machines and no clue how to ship pinball machines across the country. Despite this, Parks began filling orders for machines he didn’t have, knowing that he could buy them elsewhere and mark up the prices. “Fake it till you make it, right?” Parks says.

As the orders piled up, so did the stress. But quickly learned where to buy the machines he needed and purchased a used U-Haul truck for transporting them. He then sent his friend out across the country to pick up and deliver the various machines. Parks says the logistics of the operation were planned out with a large U.S. map on his basement bar and used game pieces from the board game Risk to signify the various stops along the way. “A blue Army guy meant a delivery, and a red Army guy meant a pick up,” Parks says.

In the first year of the company, Parks anticipated he would sell 300 to 400 machines at roughly $3,000 each. It would yield around $1 million in total revenue. In reality, the company managed to double its predictions, bringing in about $2.5 million in revenue. “The market was much bigger than I thought, and I was able to reach way more people than I thought I could,” Parks says. Around this time, his wife, Brooke Parks, joined the company to help with the bookkeeping, logistics and customer service duties. “It was definitely more chaotic,” she says. “We were really learning as we went.” Parks says that Brooke has now taken over the majority of day-to-day operations, while he mainly sticks to the creative and marketing side. “She’s a believer and has been there the whole time,” Parks says.

Fast forward to today, the Parks family’s business brought in about $8 million in sales during 2018 and has already achieved 10% growth in sales in 2019. They now use a delivery service for long-distance orders, while still personally delivering their local orders. They subcontract 300 technicians nationwide to help service the machines and employ three full-time technicians who fully refurbish old machines. As for the future, Parks says they’ve always toyed with the idea of breaking into the pinball machine manufacturing market, whether that be merging with an already established manufacturer or starting their own. Additionally, Parks says they’ve discussed getting into the parts manufacturing business, in order to help supply their customers with spare parts to keep their machines up and running.

Though his empire has grown beyond just The Pinball Company, games are still the backbone of Parks’ business.

He also founded the company Parks Amusements. Under this name, Parks owns the Arcade at the Columbia Mall, which in November will become Level Up Entertainment. Using the arcade games and rebuilt bowling lanes from defunct Lazer Lanes, Level Up Entertainment expands the offerings. A new ropes course, laser tag arena, and a full bar and restaurant will be added during the expansion.

Parks says it was never his intention to get into this type of business. It all started to take form when the owners of Galactic Fun Zone contacted Parks about installing arcade machines in their center. “If those guys had never approached me, I probably never would have recognized how much money an arcade in Columbia really could make,” Parks says.

One of his other recent projects, Silverball arcade bar, which opened in September 2017, is also a part of Parks Amusements. Parks had the idea brewing for at least three years but decided to put it into action after taking a tour of arcade bars in Chicago in the early 2017. To make Silverball stand out from other arcade bars, Parks focused on newer arcade machines and frozen drinks as opposed to the vintage games and craft beer of other arcade bars. “It was just a matter of finding the right location and wrapping my head around exactly the way I wanted to do it,” Parks says.

However, business isn’t the only item on Parks’ agenda. In 2015, he discovered Tigers on the Prowl, a local charity organization that auctions off tiger-themed art made by artists, most of whom are local. Parks loved the idea and decided to jump in and help out. By 2016, Parks was president and made Tigers on the Prowl an official nonprofit charity. The organization has since raised over $600,000, donating an average of about $20,000 a year per charity, of which there are usually about five chosen per year. “When I started getting involved with Tigers on the Prowl, it really gave me a sense of purpose,” Parks says. “It’s a way that I know I’m making a positive impact on the community.”

Parks’ positive attitude is reflected in his relationship with his family and employees. Brooke says he acts silly at home with their kids and tries to make them laugh. “He’s like a large child at home,” she says. Parks also cares about his employees and treats them as part of the family. “He’s always asking questions, and he cares about you and every individual that works for him,” says Ryan McCann, the general manager and event coordinator at Silverball. Mark Montgomery, who has been Parks’ go-to Mr. Fix-it since the early days of The Pinball Company, says he and Parks are “almost like brothers.” “We take vacations with them, have dinner out once a month,” Montgomery says. The two met after he fixed a pinball machine for Galactic Fun Zone. Parks was impressed by Montgomery’s work, and they have worked together ever since. “He’s very caring,” Montgomery says. “He’ll step up and do for you as long as you’re doing for him.” 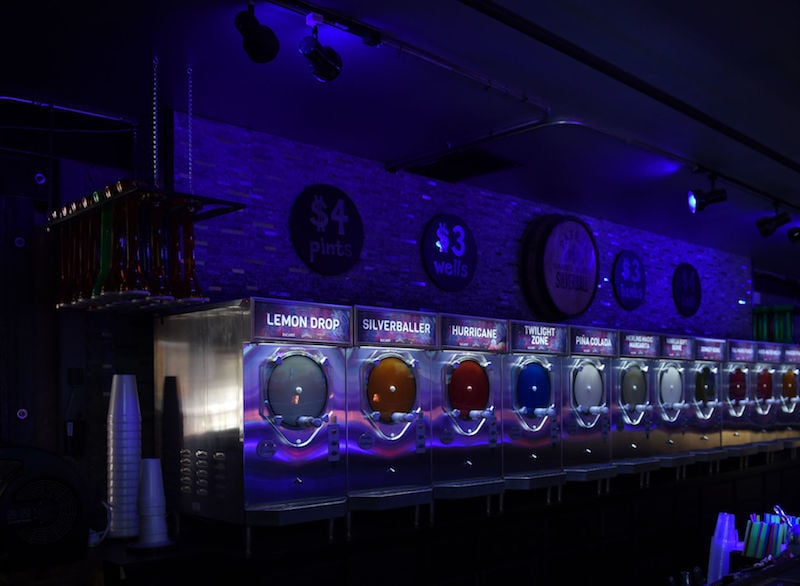 Silverball is known for its alcoholic slushies. 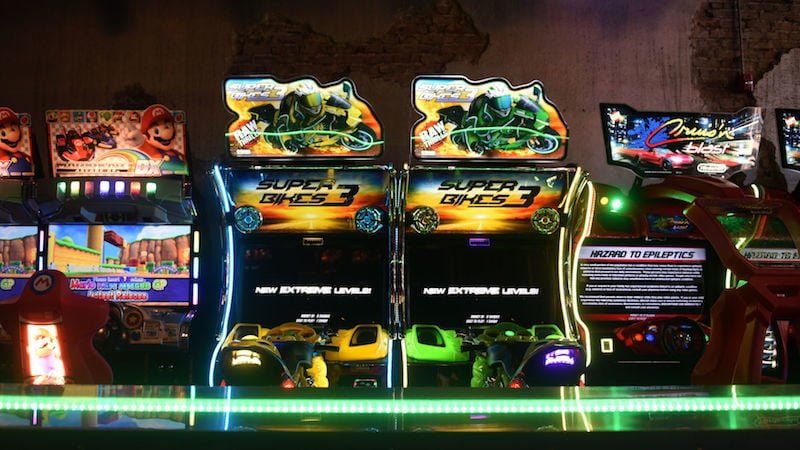 Parks is looking to expand his arcade into a national chain.

Silverball is known for its alcoholic slushies.

Parks is looking to expand his arcade into a national chain.

Coming full circle, Parks says he’s looking to get back to teaching at MU at some point, perhaps as a guest lecturer on entrepreneurship. He says he wants to challenge young people to think big and wants to help up-and-coming entrepreneurs with their business ideas. He says he sees himself as an example that anyone with the drive to succeed can if they try. “Look at me; I’m just an average dude,” Parks says. “If I can do it, you can do it.”

As for the future of his own businesses, Parks dreams big. Silverball has already completed its expansion with a food menu and more space and games in October. Parks is planning to open a Silverball in Chicago and St. Louis and eventually develop it into a nationwide chain of arcade bars, with six to eight locations in various cities.

Who knows what the future holds for Nic Parks. But it’s safe to say he’ll keep dreaming big and continue looking for ways to make a positive impact on the lives of those around him. It’s not unreasonable to believe that his 10-year goal is to be pulling in somewhere close to $100 million in combined revenue from all of his businesses. After all, why be content when you can level up? “Then I’ll be on the heels of Jeff Bezos,” Parks says with a chuckle.

Quiz: What classic arcade game are you?

Pinball power couple: For these two locals, pinball is more than just a game