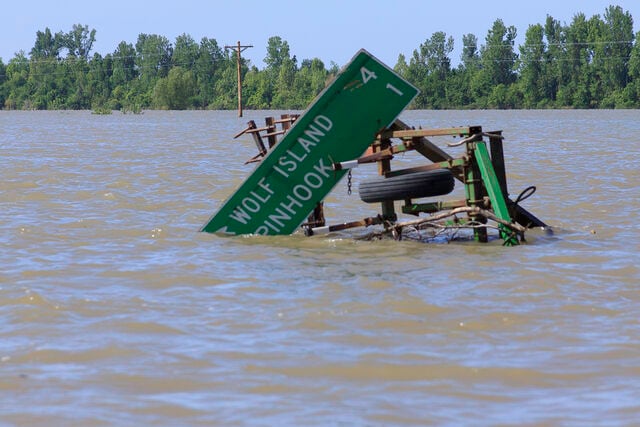 Ten years after the flood of Pinhook, former residents have either passed away or relocated. Seven homes in Sikeston, Missouri belong to relocated families. 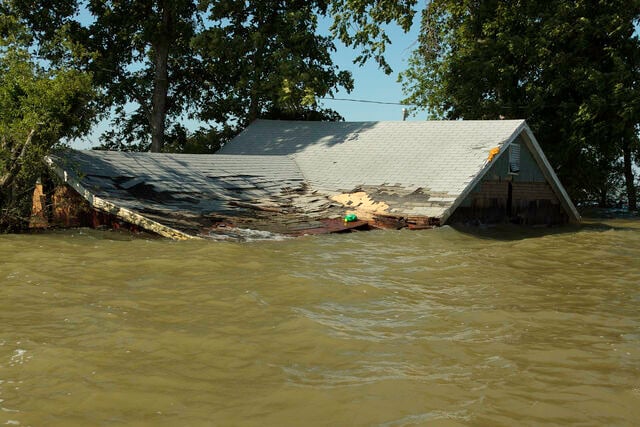 The Missouri Department of Economic Development granted $450,000 to residents of Pinhook to rebuild in Sikeston, Missouri. However, only nine former residents received funding from the state. 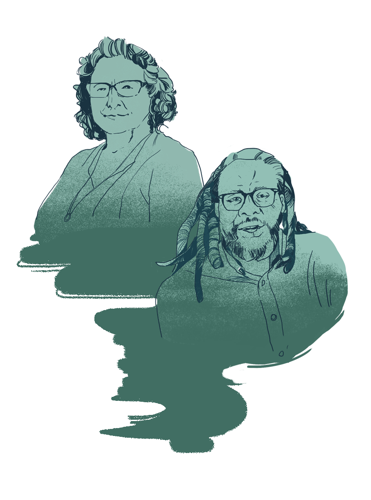 Authors Elaine Lawless and Todd Lawrence co-produced the documentary Taking Pinhook in addition to writing about the the town's flooding. 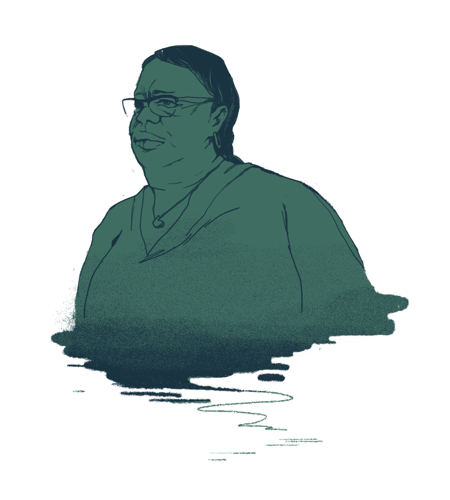 "(God's) always with us, regardless of how dark our days may seem." - Debra Robinson

On an early morning in late April 2011, the National Guard began knocking on the doors of the homes of Pinhook, Missouri, residents to urge them to leave, only to realize that everyone was already gone.

A few days prior, residents had learned of the imminent breach of the levee that protected their homes. The historic flooding that year had pushed the Mississippi and Ohio rivers to their limits.

The Birds Point-New Madrid floodway, in which Pinhook sits, was authorized in 1928 to divert water from nearby Cairo, Illinois, which was a wealthy industrial hub at the time. A floodway, defined by the Federal Emergency Management Agency, is a designated channel where excess floodwater can go.

A city at risk

In the 1940s, Pinhook was settled by Black sharecroppers. They had been sold the land by white farmers after years of struggling to buy real estate in southeast Missouri, even though it was common knowledge the land was in the spillway, which is an area where excess water is directed in the event of flooding. Over time, many of the village’s residents continued to be descendants of those original settlers.

Fast forward to brimming rivers in 2011, which pushed the Army Corps of Engineers to activate the floodway. This allowed the floodwater to destroy all the homes in its path.

Ultimately, Gen. Michael Walsh made the decision to load explosives, detonate the levee and open it up.

May 2, 2011. Boom. The levee burst, and Pinhook’s community and its 35 homes were submerged. However, Cairo and the nearby 2.5 million acres of farmland were saved.

Now, on Apache Drive in Sikeston, Missouri, sits a row of seven homes belonging to former residents of Pinhook. Each different-colored home is a few feet from the next, surrounded by patchy green grass.

One of these residents, Debra Robinson, had spent the majority of her life in Pinhook. The past 10 years of her life have included interviews, forums and fundraisers regarding the flood. She now spends her days taking care of her mother when she isn’t working and trying to look toward the future by making peace with the past.

After the flood, some of the farmers in the floodway decided to sue the Army Corps of Engineers, but the residents of Pinhook didn’t feel as if they had the resources to tackle a lawsuit. They attempted to receive funding from FEMA but were denied.

“Residents of Pinhook struggled with relocation, many of whom were elderly, disabled, or without the financial resources to evacuate quickly (and) had to make split-second decisions,” says Elaine Lawless, co-author of When They Blew the Levee: Race, Politics, and Community in Pinhook, Missouri.

Revive what was lost

God has always been a part of Pinhook culture. Pinhook’s church, Union Baptist Church, which was founded by the original settlers, was destroyed in the flood. It often was viewed as the heart of the village.

Notably, the Army Corps of Engineers curated a narrative to suggest God’s influence on the process. It published a 2012 history for its library titled Divine Providence, in which the breaching of the levee is treated as part of a “God-made scenario.”

The new homes that sit on Apache Drive were built in 2018 by Mennonite Disaster Services, a faith-based organization, with the help of volunteers and donated supplies. Residents received only a grant of $450,000 from the Missouri Department of Economic Development to relocate and rebuild the community in Sikeston. But only nine former Pinhook residents received funding from the state; others had moved or passed away. Some of the residents who received funding were still in debt after depleting their life savings to survive in the aftermath of the flood.

The spirit of displacement was pervasive, although Pinhookians pushed through with faith.

“Former residents will say that Pinhook is in our heart, we take it with us wherever we go, and this is true,” says Todd Lawrence, co-author of When They Blew the Levee. “But that place is important, and the fact they cannot live there anymore — they have lost something that can never be replaced.”

There are no postcards from Pinhook covered in three-dimensional font to capture the town’s essence. What remains are the memories that its residents have of being brought up in the Bootheel. But also, there is a bitter history of how the people of Pinhook were failed time and time again.

Thicker than water: stories from the Missouri River

Life at the river's edge

Wakenda locals remember the area before the flood