Get your groove on; today is International Dance Day. Started in 1982 by the Dance Committee of the International Theatre Institute, part of the United Nations Educational, Scientific and Cultural Organization, the day is celebrated each year on April 29.

Each year a choreographer or dancer is chosen by the committee to write a message for the day. “The intention of the International Dance Day Message is to celebrate dance, revel in the universality of this art form, cross all political, cultural and ethnic barriers, and bring people together with a common language — dance,” according to the International Dance Day website. This year, to celebrate ITI’s 70th anniversary, there is not just one message author. There are five — one for each region of UNESCO. They are Salia Sanou, Georgette Gebara, Willy Tsao, Ohad Naharin and Marianela Boan.

The main event will take pace in Havana, Cuba, this year and there are some other events scheduled across the world from New York City to Canberra, Australia. But even without an official event to attend, you can celebrate today — or any day you feel like — from the comfort of your own home by watching these different styles of dance from around the world.

In Chinese myth, dragons were present when the Earth was made and originally lived alongside humans. China’s first dynasty was even said to have dragon blood. The dance is usually performed during festivals for celebrations like the Chinese New Year and involves a group of people who carry the dragon on poles, manipulating it to mimic the movement of the dragon.

Kpanlogo is a dance form that comes from the Ga area located in the southern part of the country. It was created in the early 1960s and mixes a Ga dance called kolomashie with modern movements from popular American dances like the twist. The dance is accompanied by a drum — which is, incidentally, also called the Kpanlogo.

Syrtaki is often thought to be a traditional Greek dance, and tourists often see it performed in the country. However, according to Greek Reporter, it really came out of the movies where it was created for the movie Zorba the Greek. The dance features rhythm that speeds up, and the dancers are in lines with their arms on the shoulders of the people next to them.

Odissi is a form of classical Indian dance that originated in the second century in Odisha, a state in eastern India. Mostly performed by women, it was based in religious devotion and started in temples. Although it was suppressed when the British took over, it experienced resurgence after India became independent.

Bugaku is a collection of dances that was performed in the Japanese Imperial court, though it grew out of dance styles that came from other Asian countries. There are four types: civil dances, warrior dances, running dances and dances for children. Although modern bugaku repertoire has around 50 dances, the historical repertoire included hundreds.

Perhaps you’ve heard of the Mexican Hat Dance. Well, its official name is the jarabe tapatío. During Spanish rule, it was banned, but after the country became independent, it popularized. As you might have guessed by its more well-known name, a hat is involved. The man’s hat is placed on the floor and when the woman bends down to pick up the hat while the men kicks his leg over her head.

The polonaise is a processional dance with music written in triple meter. Danced in pairs, the polonaise had its origins in folk dances, but was a dance of the upper classes. It was often used to open functions like court balls and features the couples taking a longer step on the first beat of the measure and two shorter steps on the next two beats.

Ardah is a folk dance that is a display of power. Paired with drums or spoken word, it features two rows of men who face each other and might have swords or canes. The dance was originally performed before heading to war. However, now it is performed at many different events such as religious holidays.

Scottish highland dancing is a highly athletic dance form that has its roots in the preparations for battle and the celebration of victory. There are different types of highland dance. One of those is the Sword Dance, or Ghillie Callum. There is a legend that states that the first sword dance was done when a king danced over his and his defeated opponent’s swords to celebrate his triumph.

Flamenco got its start in Andalusia and is associated with the Roma people there. The dance is only one part of the tradition. It is paired with singing and guitar playing. The style features rhythmic movements. Both male and female dancers dance it, and women dancers typically wear ruffled dresses. 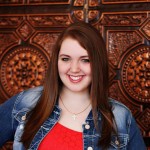