Interstate 70 exits are getting makeovers in Columbia. A new roundabout is in place on Rangeline’s exit, and the West Boulevard exit will have two multi-lane roundabouts by the end of July. Nearby, the roundabout by Creasy Springs and Business Loop 70 was the first in the state built by the Missouri Department of Transportation in 1996, says Trent Brooks, MODOT district traffic engineer. The second-busiest intersection in Columbia is located on the other side, at Business Loop 70 and I-70 Drive Southwest, which is used by an average of 24,000 to 25,000 cars per day, says Travis Koestner, assistant district engineer for MODOT’s Central District.

Roundabouts originated in Europe and have been improved over the years. Columbia began constructing modern roundabouts in 1998, which have yield signs and larger entry angles to decrease speeds, Brooks says. Roundabouts are much safer than four-way intersections for pedestrians and motorists alike. According to the Washington State Department of Transportation, roundabouts reduce fatal collisions by 90 percent and injury collisions by 75 percent.

Hover over the image below more information about roundabouts. Black dots are fun facts, and red dots are labels. 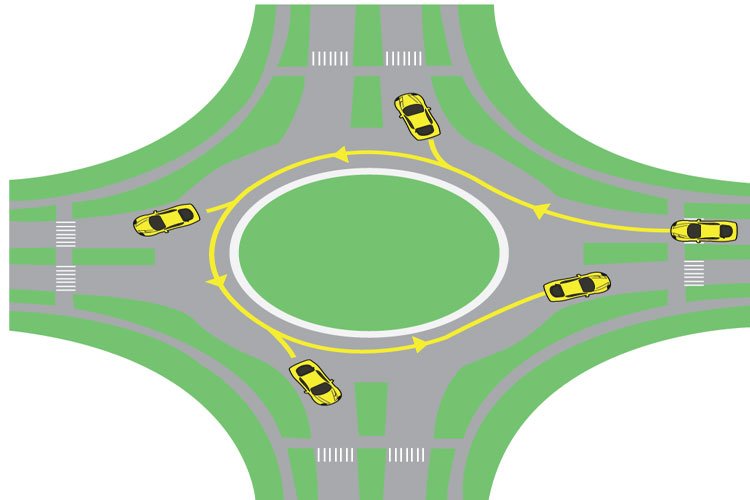 News & Insight/Scene Editor at Vox Magazine. Lover of food, travel and animals. Proud cat mom of two. Constantly planning her next getaway. Feel free to contact me at dclardizabal@gmail.com.