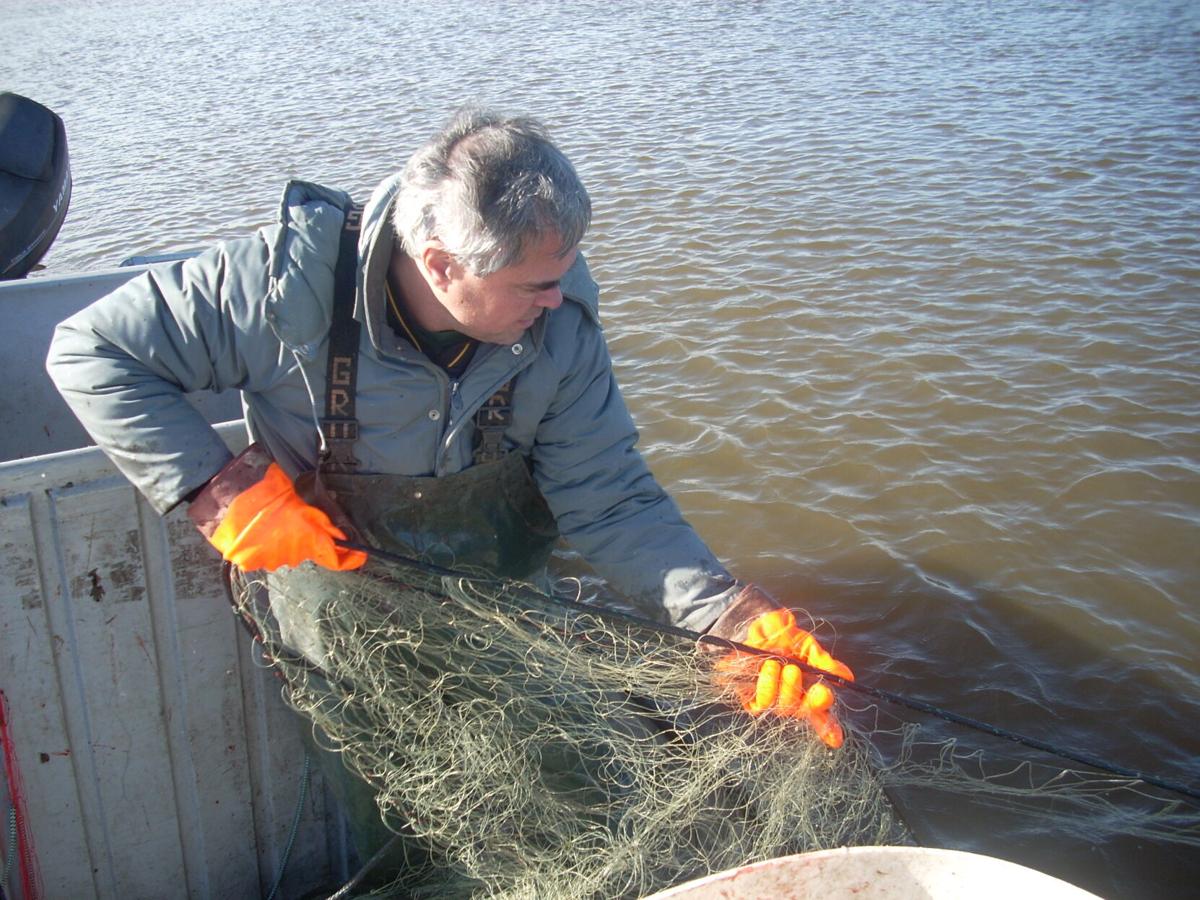 Mark Morgan uses a gill net to fish for silver Asian Carp in the Illinois River. 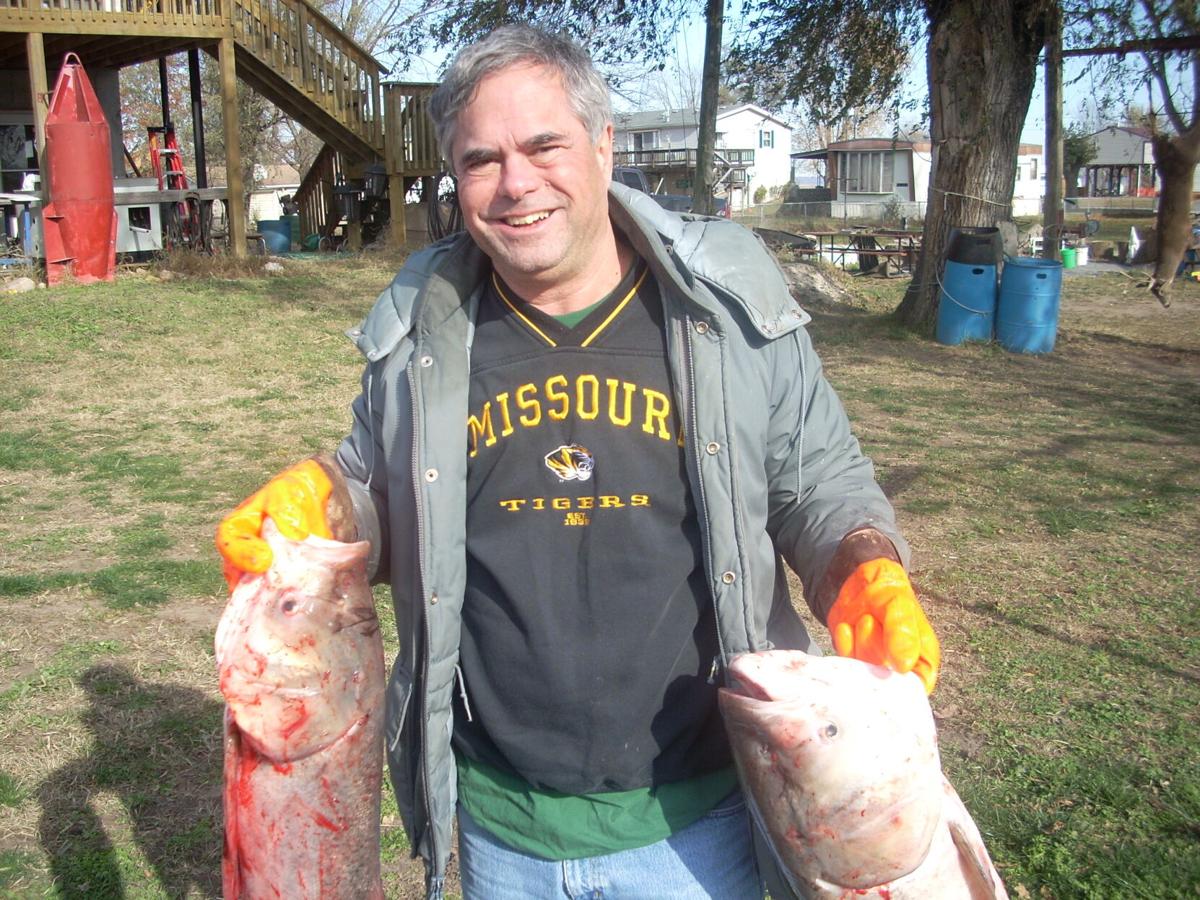 Mark Morgan with some Asian Carp that he caught. 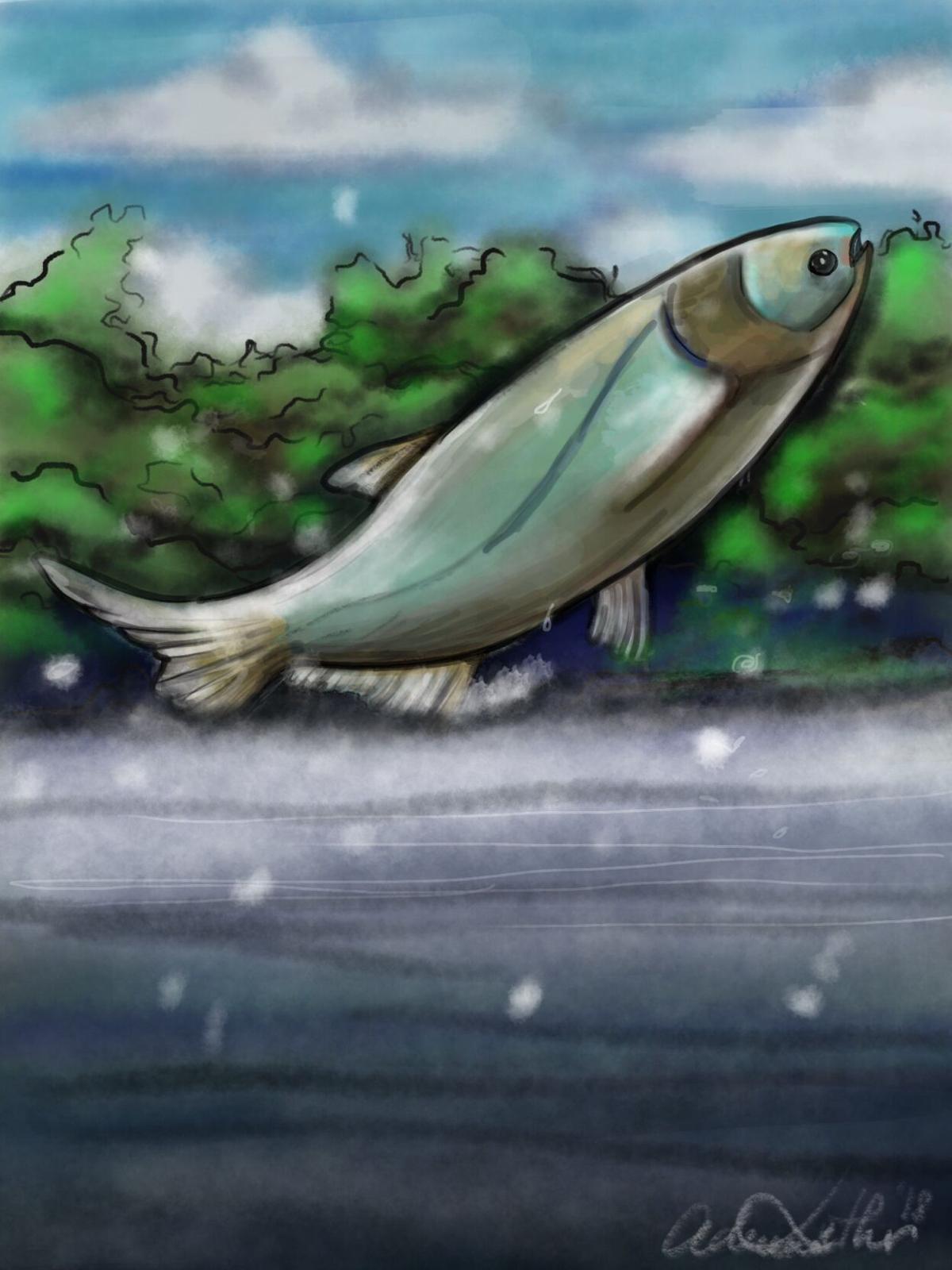 There are several different ways to turn the carp into a nutritious meal.

Picture an ugly 20-pound fish leaping skyward, smacking into an unsuspecting boater. That fish, and hundreds of thousands like it, is the invasive Asian carp, the subject of a years-long MU research project.

Mark Morgan, a researcher in MU’s College of Agriculture, Food and Natural Resources, has cultivated a new way to curb this species’ proliferation throughout the Midwest. He devised a method to turn the fish into a powder, which he hopes will help address developing communities’ lack of access to nutritious food. That powder will be shipped to countries in need through a Missouri-based humanitarian program, Convoy of Hope.

Two types of Asian carp, the silver and the bighead, live in the slow-moving waters of Midwestern rivers. Originally brought to America in the 1970s from China, the carp were intended to rid ponds of pests and improve water quality, Morgan says.

Asian carp can weigh 20 pounds and be 1 to 2 feet long. Commercial fishers can catch up to 5,000 pounds of them per day but there is little market for the fish, says MU researcher Mark Morgan.

This became problematic, however, when some carp escaped during a flood from an Arkansas fish farm into the Mississippi River and started rapidly spawning. When the carp population exploded, the species had a disastrous impact on other fish, Morgan says. That’s because invasive fish outcompete native fish for the plankton that make up the basis of the food pyramid, causing many local fish species to decline.

Asian carp are also a safety risk for anglers. Silver carp are notorious for leaping from lakes and rivers when they sense boat engine vibrations. This jumping has been known to damage boats and injure anglers with broken bones or concussions, Morgan says.

It is a challenge, he explains, to stop the carp from getting into more Midwestern rivers and lakes, as they spawn multiple times a year. When Morgan realized the invasive carp’s damage to local fish populations and the industry, he started trying to see if there was a local market for these fish by serving seasoned, smoked carp as food.

Not a popular menu item

It turns out, Missourians are willing to try the carp for the novelty, but it did not catch on because of the fish’s stigma as trashy or cheap, says Quinton Phelps, assistant professor at Missouri State University.

Asian carp fillets consist of a white meat that crumbles off the bone. It can be seasoned to resemble sausage or ground turkey for use in chili or tacos, Phelps says. Although people are willing to eat carp disguised as something more appetizing, it is not sustainable for anglers to sell the fish because the market price is so low.

After having little luck with the local market, Morgan traveled to a remote village in Haiti with a sample of carp to do a taste test with locals, looking for a market in developing nations.

The trip inspired Morgan to pursue a viable method of transporting the fish. “There’s no way to freeze, salt, package and smoke it,” Morgan says. Instead, he pulverizes and dries carp meat into a fine powder that can be used as a dietary supplement.

Use as a supplement

Carp is high in nutrients, including protein, iron, calcium and a full spectrum of essential omega and amino acids, which are all important for the body to function.

During his trip, Morgan learned that half of Haitian women are anemic, meaning that they have low levels of iron, which can, among other things, threaten reproductive health. He realized if he could make the powder product viable, it would help women there and elsewhere get the nutrients they need to live healthier lives.

Morgan started a partnership with Convoy of Hope after meeting senior director Kevin Rose at an event in Columbia. As part of its school-based feeding program, the group will be shipping Morgan’s carp powder for free to a number of the 21 countries it serves. “To us, having a product like this puts more resources in our toolbox,” Rose says.  

The plastic pandemic: How COVID-19 creates waste that will last ages 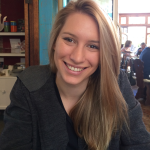