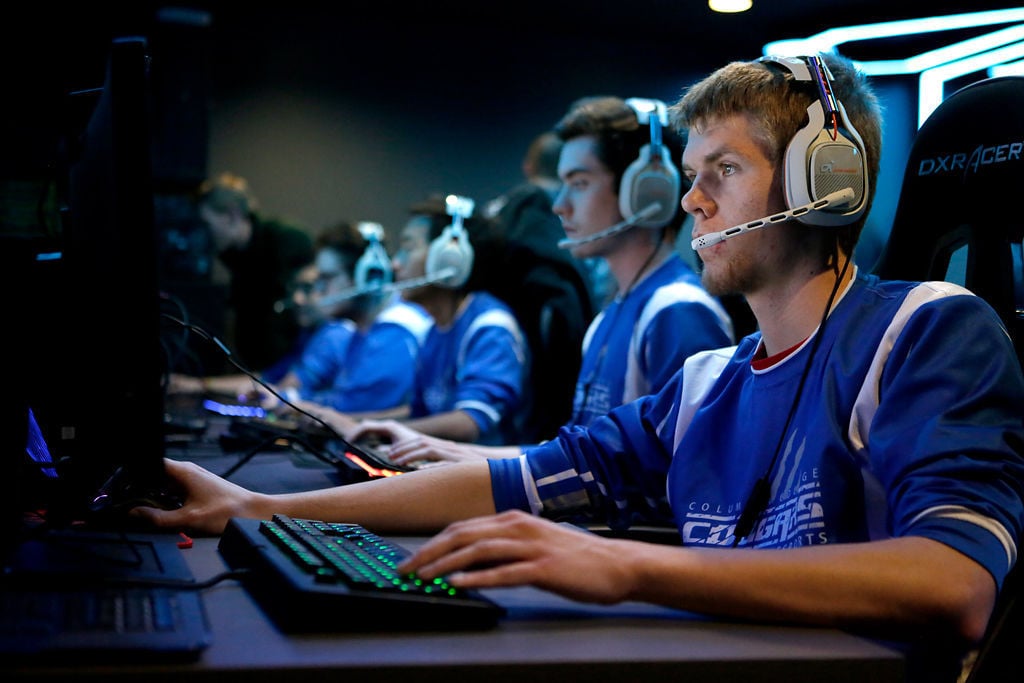 Players split into two separate teams when they practice at The Game Hut, kind of like the Missouri Tigers’ Black and Gold Game, to mimic future competition on a similar scale. 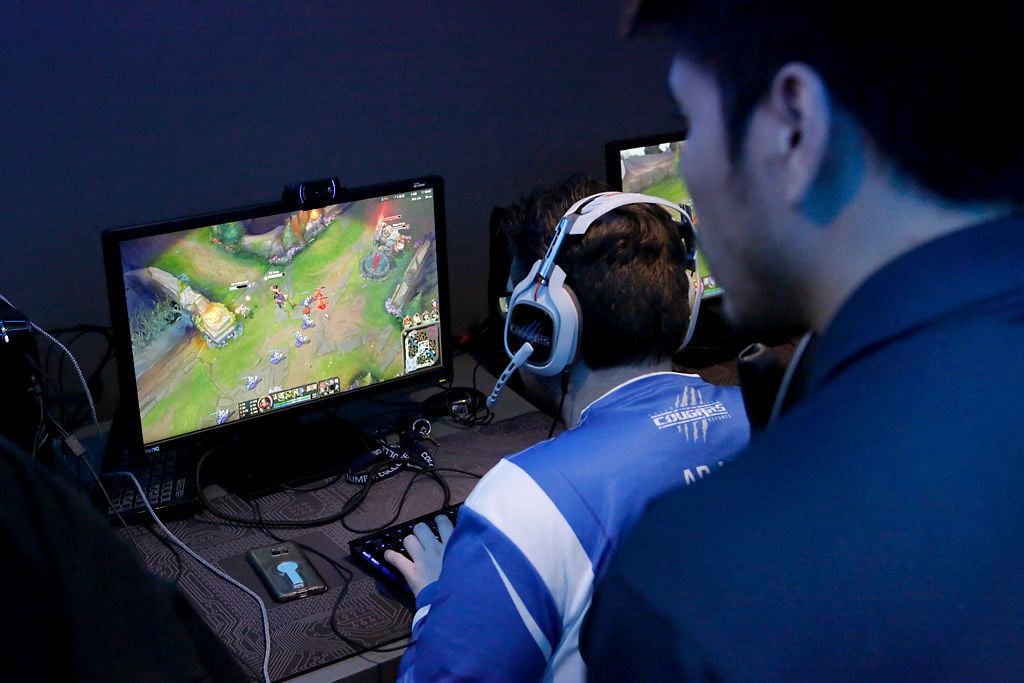 The Columbia College eSport team plays a game of League of Legends against online opponents. 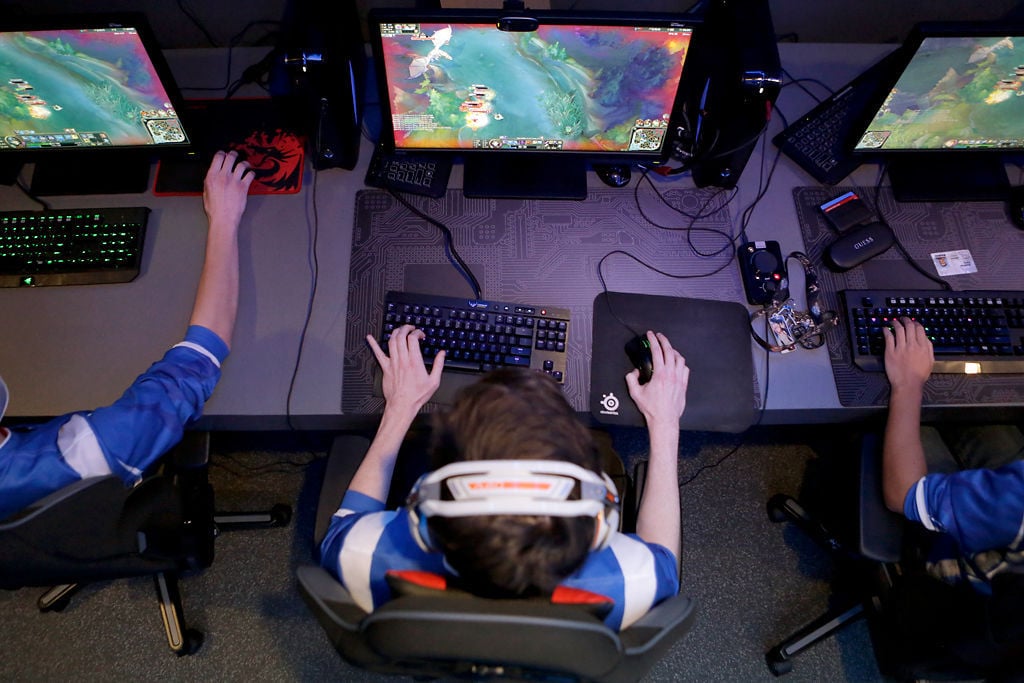 A former soccer shed, The Game Hut is Columbia College’s eSports team’s base. After $65,000 in repairs, it features high-tech computers and sci-fi decor. 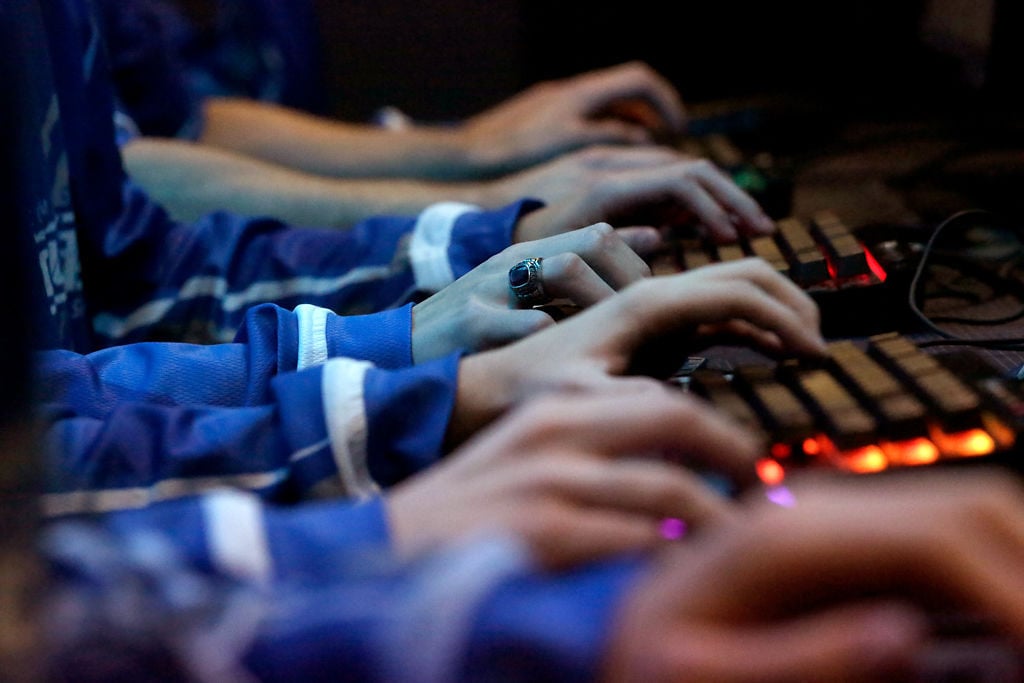 Parents have traditionally seen video games as a threat to the athletic and academic prowess that leads to scholarship offers. But in 2016, competitive video gaming, or eSports, found a home in a collegiate athletic department in mid-Missouri.

According to the Kansas City Star, there are now almost as many eSports enthusiasts or engaged fans as there are for hockey worldwide. In October 2015, Columbia College decided to take advantage of that market and announced it would become the fifth college in the United States to award scholarships to gamers. Head coach Duong Pham and assistant coach Matthew Meininger were put in charge of recruiting a team that competes in League of Legends (also known as LoL), a multiplayer online battle-arena game.

The team is made up of 12 all-male scholarship gamers. Now, six games into their first preseason, the players are undefeated. eSporters deliver the 411 on collegiate gaming and strategy.

Meininger has been playing League of Legends for five years. His experience helps him guide players in the right direction, and he and Pham also gave their early signees a lot of say in the team’s roster. “It was kind of like a democratic process because you have to find players who want to play with each other, who can work with each other,” Meininger says.

Coaches also stress the importance of academics for the players. “We are collegiate eSports, not professional,” Meininger says. “School comes first. They’ve got to go to class, keep track of their studies, manage their time.”

2. Everyone must play their role

League of Legends requires each player to take on a specific role for their team. Each role chooses multiple champions that possess unique abilities. The players use champions to construct their part during the game.

Five members make up a team, with each player starting in one of three lanes on the map depending on which role they selected.

The goal is to progress along each lane and destroy enemies until the opposite edge of the map is reached. If each player does his or her job correctly, the team will eventually overpower the opposing team and destroy their nexus, which signifies the end of the game.

Although popular competitive video games such as Call of Duty and Madden put emphasis on the skill sets of the individual, League of Legends, among other high-level eSports, is built with a team emphasis. While various positions must do individual jobs, if one team member is in trouble, everyone is affected. This means that each member of the team must have an awareness of the entire field of play. Productive communication through gaming headsets between teammates is the biggest part of a winning formula.

“It doesn’t feel like a video game when you’re playing,” Connor Doyle says. “It’s not about what team has better players. It’s about which team is communicating better.”

Perfecting skills and knowing how to react in certain situations takes a lot of practice. Players practice for two to three hours, five days per week in addition to its competitions on Saturdays.

Players devote extra hours as well. Some bring their gaming computers to school, but most prefer the atmosphere of The Game Hut, the team’s designated practice area.

“League is a game like chess, where the only way to practice is to play,” Doyle says. “If I’m trying to get better at chess, I’ve just got to play matches.”

Doyle also practices in his own time, some weeks 30 to 40 hours. Like a football player, he watches videos of pro play and corresponding analyses of those videos to improve his own play. His ultimate goal is to compete professionally.

Doyle describes the buildup of frustration that comes with the game as tilt, a term that synonymous with the type of panic that can set in for a player or a team when things go south.

To counteract tilt, Doyle practices meditation. Others will play music and indulge in energy drinks during games to stay focused. Although eSports are not physically demanding like more traditional athletics, mental focus is central to reaching success in their regular season starting in January.

Too much housing to handle?