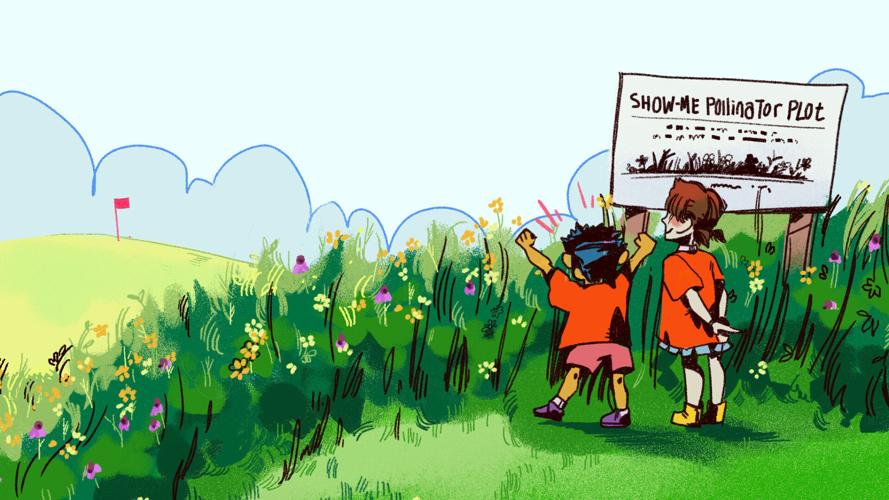 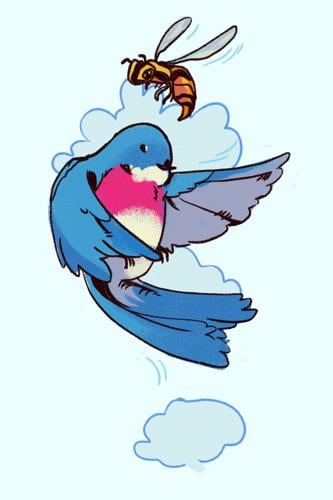 A.L. Gustin's first efforts toward sustainability were installing birdhouses and beehives. Recently, it has planted pollinator plots and grasses that require less water and reduced the number of sprinkler heads.

It started with 26 birdhouses. In 1996, the A.L. Gustin Golf Course became part of the Audubon Cooperative Sanctuary Program, an educational initiative that helps organizations protect the environment. Jim Knoesel, director of golf operations, arranged birdhouses around the course and monitored them with the goal of giving eastern bluebirds a home during nesting season. Those houses are still monitored to this day and have been homes to 3,200 birds since. The staff wondered if they could take such initiatives a step further. Isaac Breuer, the course’s superintendent, took on the challenge.

Golf courses aren’t typically considered environmentally friendly. In the United States, there are over 18,300 golf courses that span 2.7 million acres. They often use harmful pesticides, a great deal of water and create uninhabitable environments for native wildlife and plants. The good news is the steps toward environmental sustainability can be small, yet effective. MU biology professor Ray Semlitsch and his research team conducted a study that found golf courses provide a suitable habitat for salamanders, aquatic organisms and other amphibians. The study suggested numerous management strategy adjustments to improve ecosystems, such as maintaining natural habitats between grass and water on golf courses.

The pandemic also has nurtured sustainable practices. Travis McCubbin, general manager of The Club at Old Hawthorne, says pesticide and fertilizer shortages have driven up prices. “It makes us think about how much we really need,” McCubbin says. “We’re starting to be way more selective because of availability and pricing.”

Since joining the Audubon program, the course developed pollinator plots with 20 to 25 different native flowers, such as milkweed for monarch butterflies. Additionally, the course still has two of four beehives that were installed in 2016.

“It’s been wonderful,” Breuer says. “We’re seeing lots of different types of birds, butterflies and bees we haven’t seen in the past.”

For the past six years, the course has partnered with the Missouri Department of Conservation and Quail Forever, a national organization that addresses wildlife habitats, to educate kids about wildflower identification and pollinators. The groups planted a new pollinator plot on the course on March 17 and taught volunteers how to create a seed ball of wildflower seeds and clay.

These pollinator plots reduce lawn maintenance, prevent wear and tear on mowers and reduce fuel usage. The areas mowed once a week were turned into plots, “so, we’re technically taking away 35 to 36 mowings a year in that area,” Breuer says. This has saved tens of thousands of dollars in fuel costs.

In 2018, the city adopted the Climate Action and Adaptation Plan (CAAP), which is a strategy to address climate change and reduce greenhouse gas emissions. As part of that effort, Lake of the Woods Golf Course is replacing 52 gas-powered carts with electric battery-powered carts and building a charging facility to house them. “In terms of emissions and that carbon footprint, we are going to reduce that,” says Gabe Huffington, assistant director of Columbia Parks and Recreation. The project is set to be completed in August.

The plan has been underway for the last two years with a budget of $80,000, which includes the carts, maintenance and electrical systems for the charging stations. Long term, electric carts and gas carts have similar costs of upkeep and maintenance, Huffington says. “It’ll be one of those projects we talk about for a long time with our CAAP plan and sustainability within the city of Columbia,” Huffington says. Their next goal is to do the same thing at L.A. Nickell Golf Course.

Golf courses continue to battle negative perceptions associated with the overuse of natural resources and destruction of habitat. The golf industry has an opportunity to show leadership in finding a sustainable way forward.

Give disc golfing a shot at these three Columbia parks