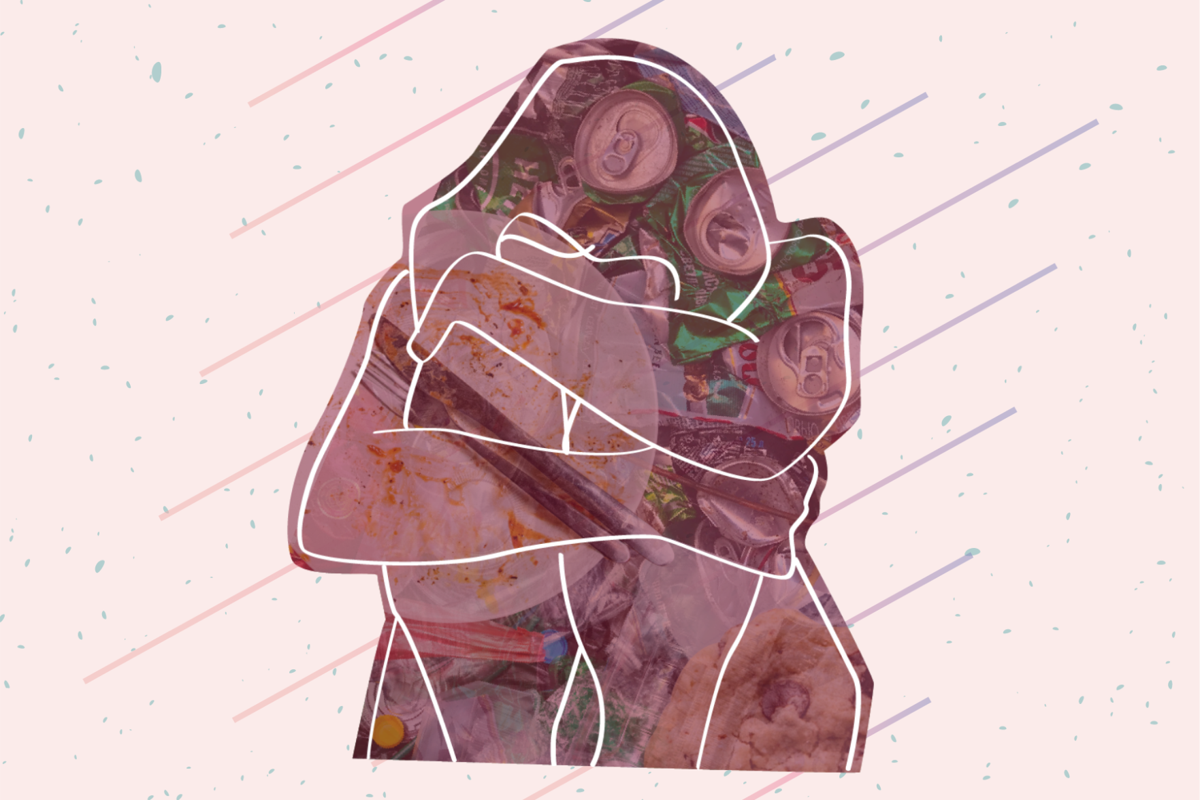 "The pandemic created a new kind of pressure to come out on the other side of lockdown as a skinnier person," says MU senior Sophia Gonzalez. 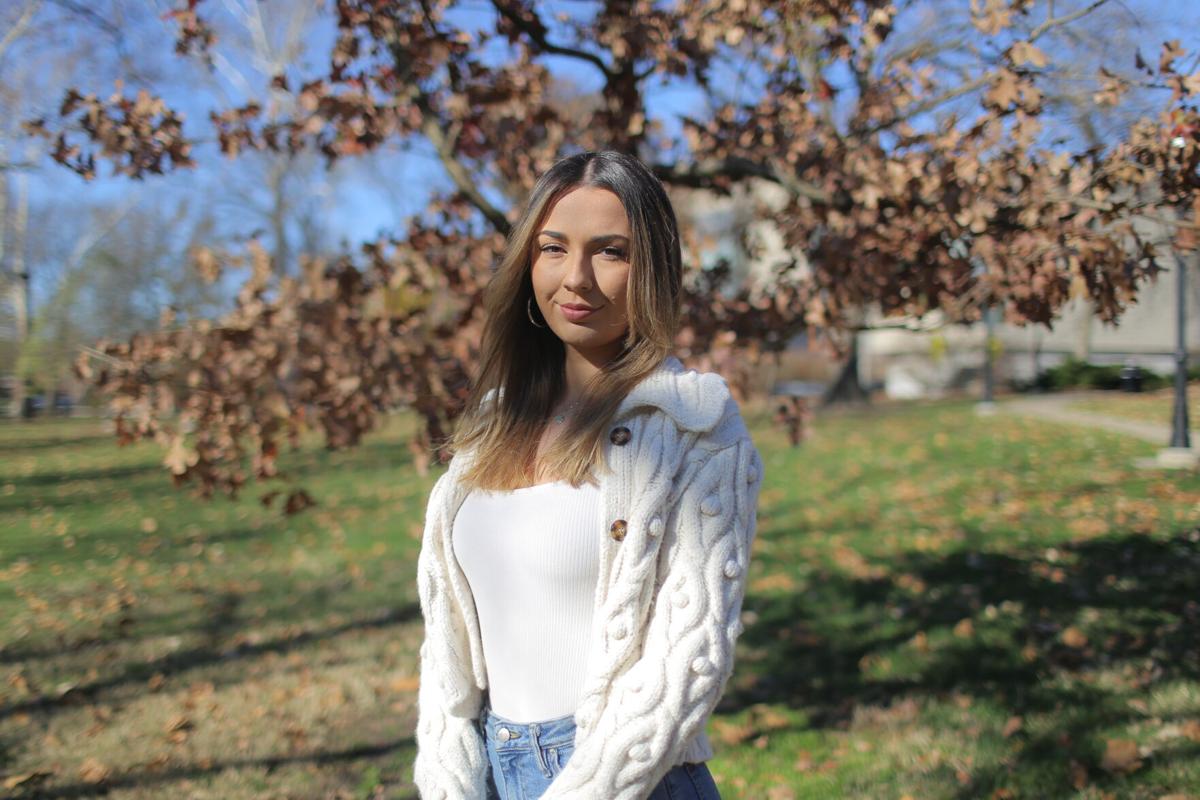 Sophia Gonzalez is an MU senior studying journalism from Dallas.

If you or someone you know needs support, call or text the National Eating Disorders Association helpline at 800-931-2237.

It was the beginning of quarantine, and my kitchen counter was crowded with empty chip bags and candy bar wrappers. At that moment, I had lost control, and for a second, I was OK with that. I knew, however, that when I looked at the foil at the bottom of the bag, I’d feel guilty. Guilty about another binge; guilty for indulging myself.

The episodes hadn’t stopped while I was away from home to attend MU, but they didn’t get worse either. I was thrown headfirst into the reality of my disorder only a week after returning to my hometown of Dallas. I felt foolish for convincing myself this was over while I was at MU, and I wasn’t sure if I would be able to overcome it.

Binge eating disorder, also known as BED, is something I have struggled with since I was 12 years old. BED is characterized by repeated consumption of large amounts of food to the point one feels discomfort and loss of control, and guilt or shame afterward. It is the most common eating disorder in the United States, according to the National Eating Disorders Association.

I’m still not entirely sure if my cycle of binging and restricting food intake stemmed from discrete fat-shaming at family functions or from an irrepressible amount of media that reminds me I could always be a size smaller.

Even though it’s hard to identify the reason behind my simultaneous love and contempt for food, I know I’m not alone. Binge eating challenges many people, especially in extenuating circumstances, such as the current pandemic.

Two MU researchers conducted a study examining body image and unhealthy eating habits during COVID-19. Antoinette Landor, an associate professor in the Department of Human Development and Family Science, and Ginny Ramseyer Winter, an assistant professor for the MU School of Social Work, revealed that the COVID-19 pandemic has influenced people’s relationships with food, whether they suffer from a preexisting eating disorder or not.

“We conducted it the last couple of days of April, so we did it when most states were still pretty shut down, and people were forced to be home,” Ramseyer Winter says. “We really just wanted to know what sort of eating behaviors folks were engaging in during social distancing and specifically things like fasting, purging, overexercising, binge eating.”

The study involved subjects between ages 18 and 34 and included various genders and ethnicities. An online survey gauged how often someone engaged in binge eating during a typical week and how often someone would binge during the pandemic. The study also examined whether or not people were overexercising or restricting eating behaviors while they were at home.

Since the 18 to 34 age range is prone to a negative relationship with body image, Ramseyer Winter says, this group could provide researchers with information beyond a subject’s relationship with food by focusing on the subject’s perception of his or her own body.

“We chose the age range because we know that negative body image peaks in adolescence and early adulthood and then remains pretty constant across the lifespan,” Ramseyer Winter says. “So we were really interested in that time when there’s a lot going on related to body image.”

Ramseyer Winter and Landor found that 37% of women and 44% of men said that it would be worse to gain 25 pounds than contract COVID-19.

Talking to Ramseyer Winter reminded me of my 12-year-old self who feared the flash of a camera long before Instagram, long before Facetune gave me the option to alter pixels that cinch my waist and erase my blemishes.

In the midst of the pandemic, I discovered that I was finding solace in my mother’s home-cooked meals. At the beginning of the lockdown and campus closure, I used food to cope with the panic that wrapped around everyone. This was the same way that I always dealt with being too much or too little of anything. I continued swiping through social media posts that masked fatphobic rhetoric as low-calorie recipes and workouts that would burn fat instantly. I hoped this would cancel out the binging.

“I saw on social media people talking about things like the quarantine 15, a sort of insidious update for the freshman 15,” Ramseyer Winter says. “You know, that 15-pound weight gain during self-isolation due to overeating. We were really curious about if people were dieting more, using more overexercise tactics to address that out of fear of becoming fat and that fatphobia.”

After those initial episodes of binge eating, I wanted to achieve the ultimate quarantine glow up. It was going according to plan until my 18-year-old sister got sick in June. She has asthma, but suddenly, she had a high fever and the urge to vomit every 10 minutes. She took a test for COVID-19. My parents continually checked the status of her test results while I fought the urge to cry every time I passed her bedroom door.

I missed baking cookies with her late at night, her sharp wit at the dinner table and our early morning picnics by the lake. For the majority of quarantine, I avoided cooking in fear of a binge. Then it finally occurred to me: my fear of food had isolated me even more than the quarantine had.

After a week of worry, my sister’s test came back negative. I took this as a sign from a higher power that I needed to make a change in the way I viewed myself and my relationship with food.

I met with my therapist over Zoom to come up with a plan that involved unfollowing profiles that promoted diet culture and used tips and tricks to shame those who weren’t deemed skinny. Deciding to make these changes helped me realize that the better version of myself isn’t defined by what I see in the mirror. I am who I am, mirror or not.

The pandemic created a new kind of pressure to come out on the other side of lockdown as a skinnier person. “It’s really just about becoming smaller, and to me that has nothing to do with being a better version of yourself,” Ramseyer Winter says.

Ramseyer Winter and Landor’s body image research put the pandemic into perspective. And for me, it’s a reminder that better doesn’t mean smaller.  

Three teens talk about their battles with body image

Holistic health for the whole: How a local health coach helps herself and others