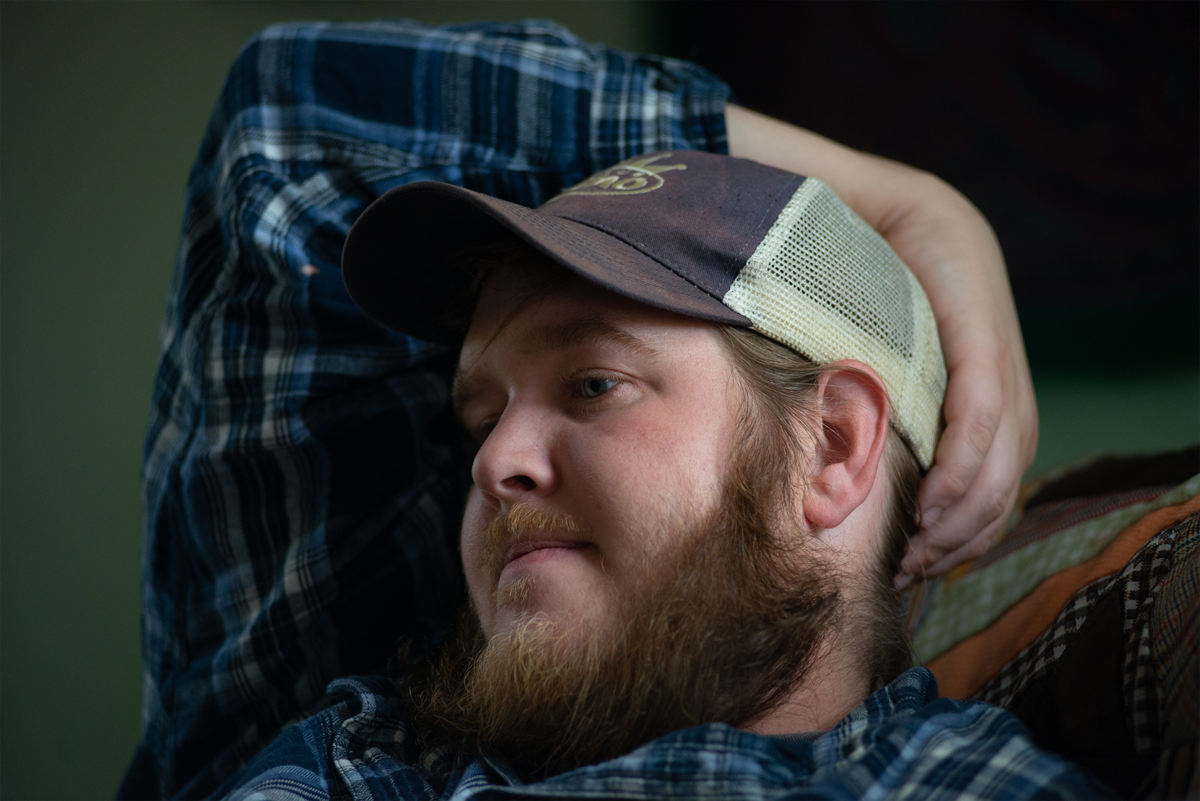 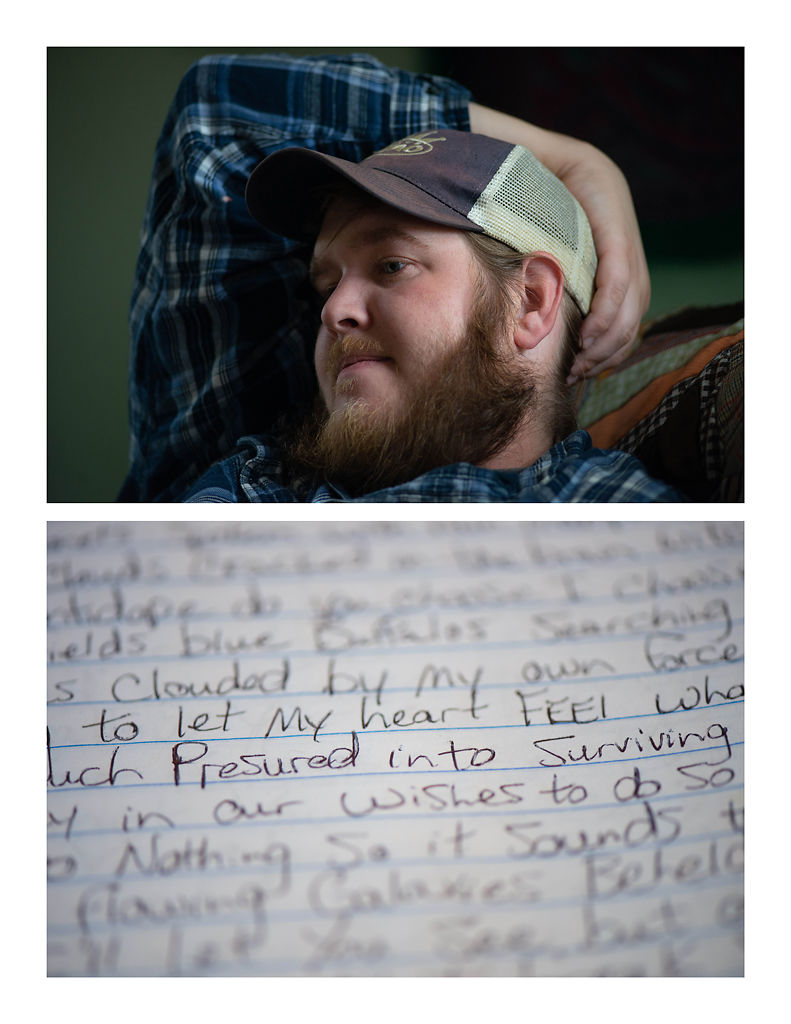 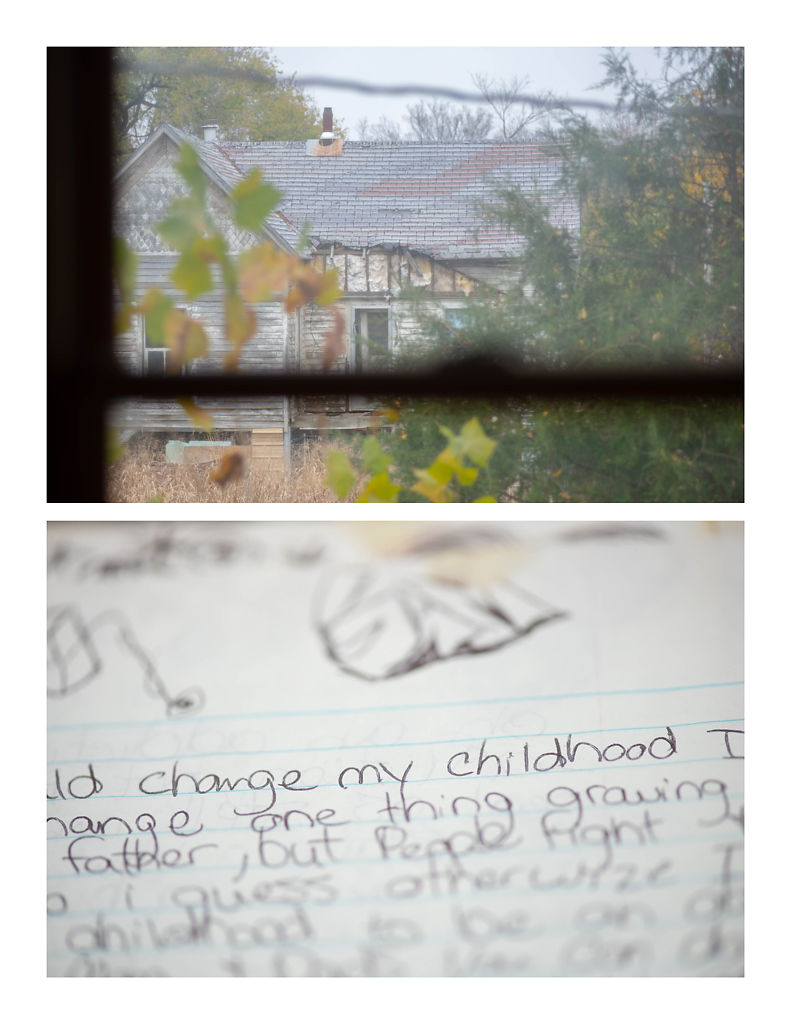 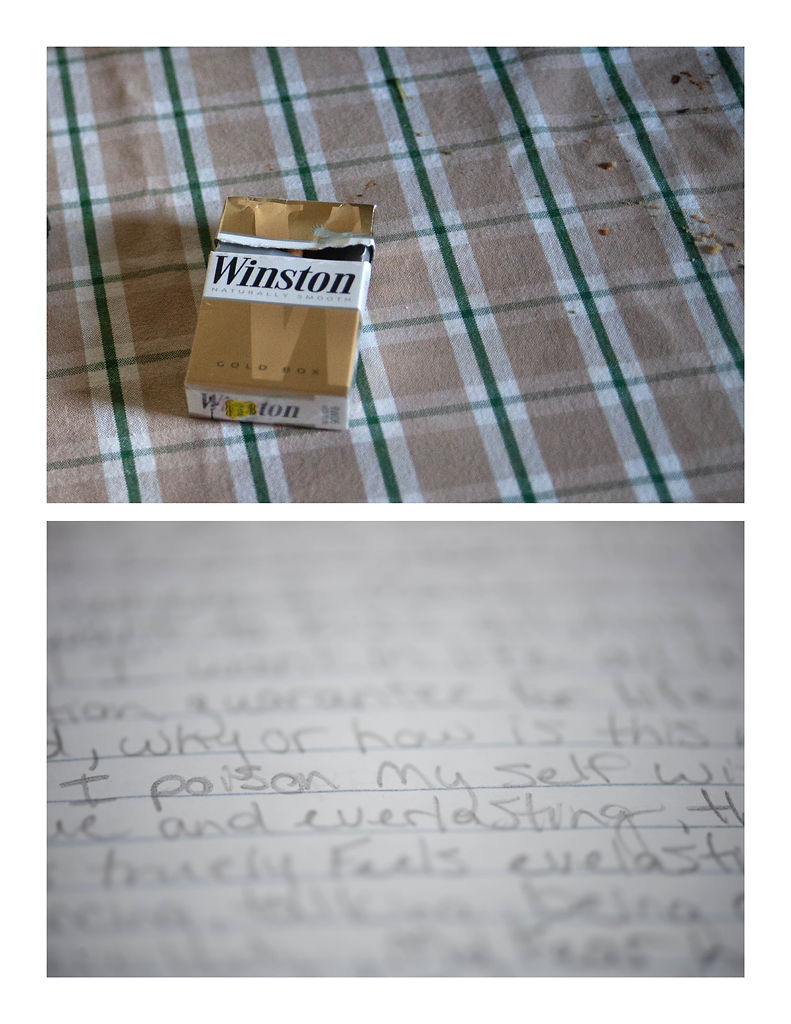 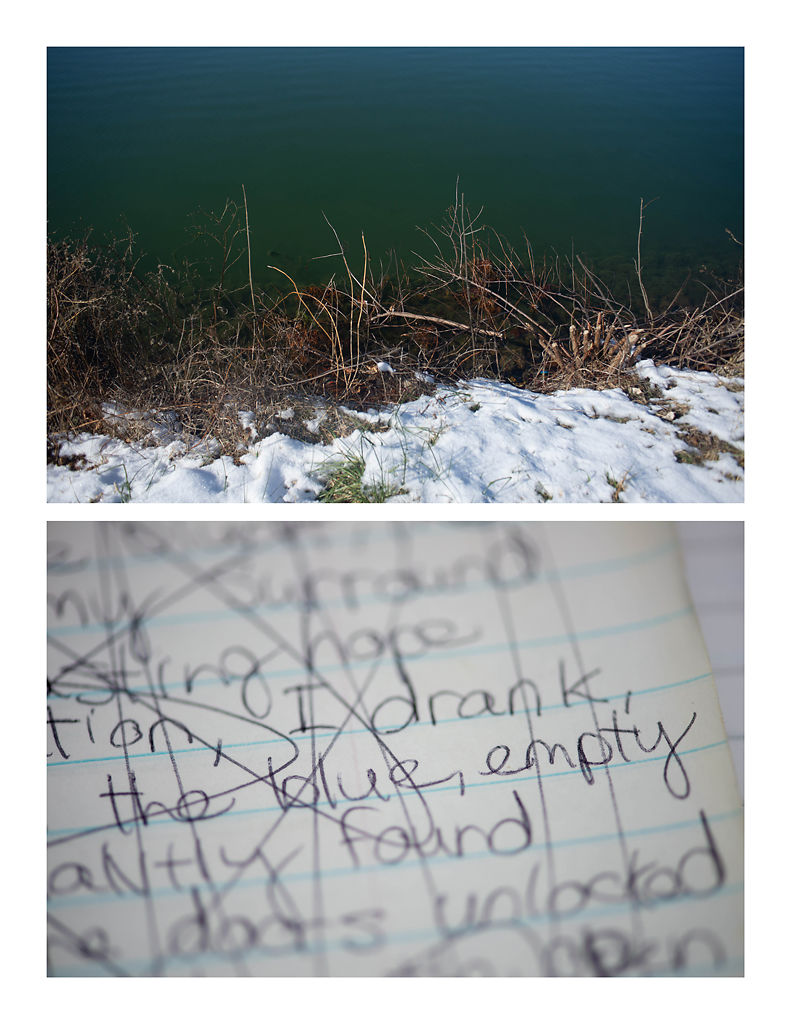 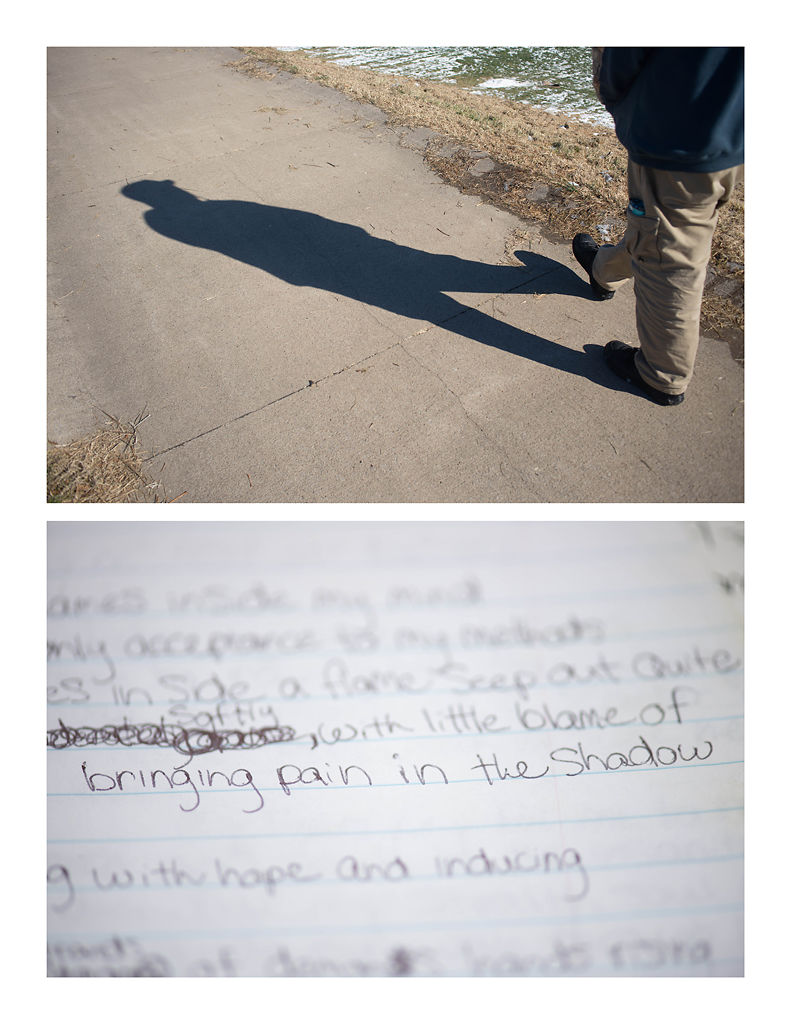 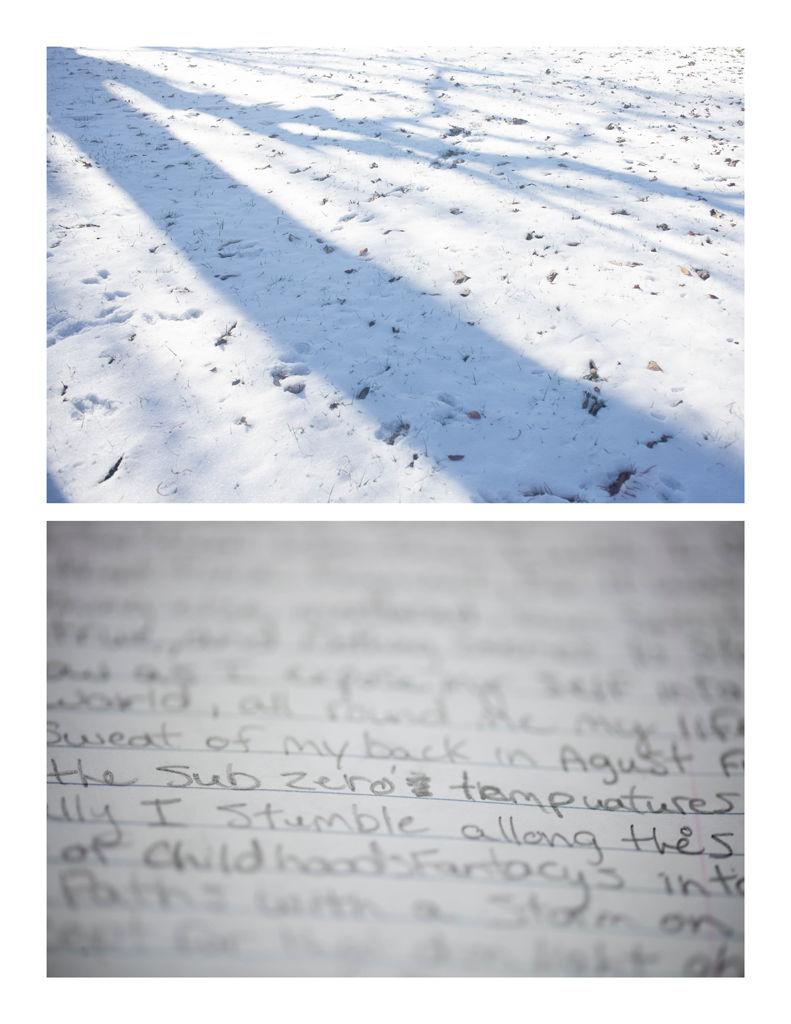 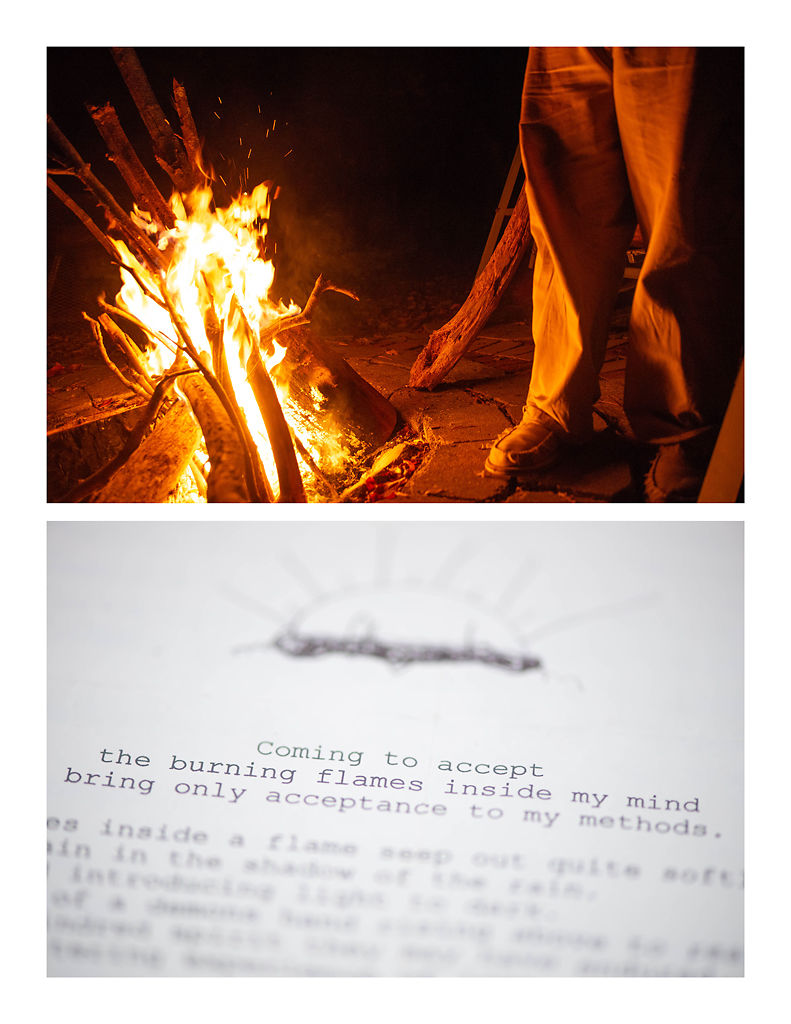 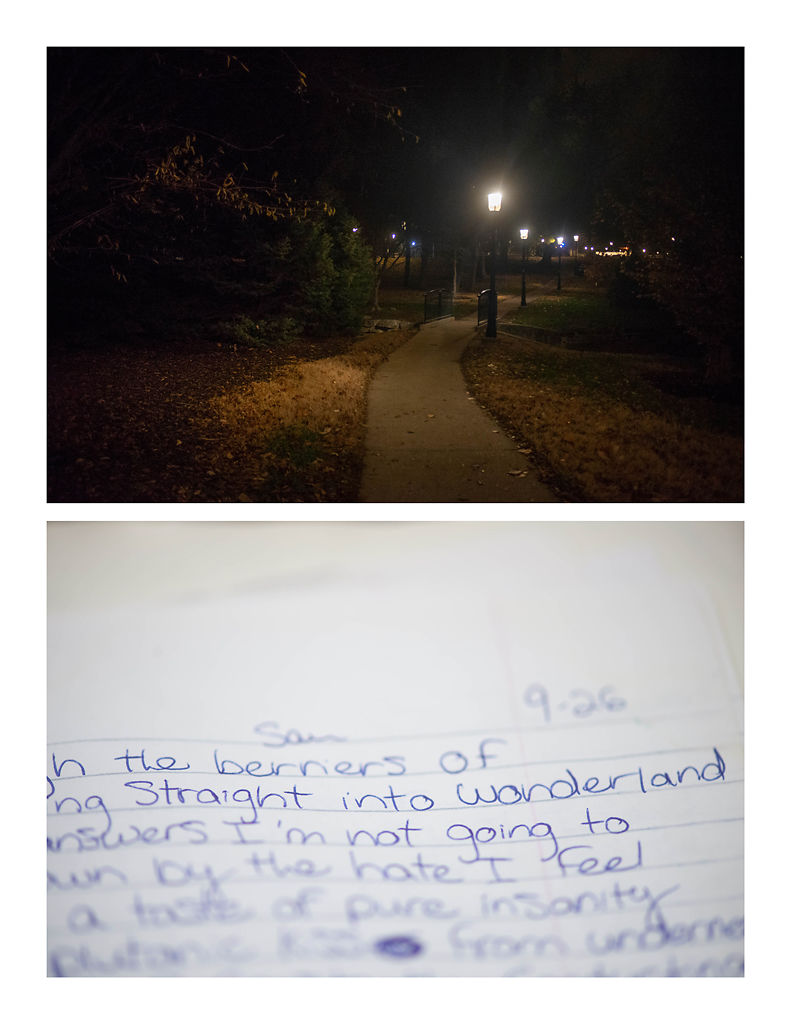 Sam Pfeiffer lives with bipolar I disorder. After experiencing a manic episode last spring, during which he lost his job and apartment, crashed his car and strained important relationships, the 33-year-old trained chef has spent time trying to rebuild his life. Since he started noticing his mental illness in his early 20s, he has recorded and collected his thoughts and feelings into writing.

“Every time I come back from a manic episode, it’s like I have to relearn and relive a lot of things and regain confidence,” Sam writes in his notebook. “It’s so weird because when you’re going manic, you have all of that. I have that confidence, I have that assurance, I feel so alive and part of the world and connected.”

Photographer Maddie Davis worked with Sam while he was living in his hometown of Lupus, Missouri, to examine themes and details in his writing that emphasize how he feels during episodes of mania, depression and everything in between. Those moments can be so disorienting and hallucinogenic that he says “you have to write them down because they seem so unreal.” His words are illuminating, and they guided her through the reporting process.

The house where Sam was born is visible from his mother’s current house across the street. After experiencing manic episodes, he often returns to his hometown to stay with his mother. Sam says he uses this time at home to ground himself and make money doing odd jobs for friends and neighbors.

Although he says he wishes he could quit, Sam uses cigarettes to comfort himself. He said he thinks it's ironic that something that provides him momentary relief will end up being very detrimental to his health in the long run.

In order to cope with his mental illness, Sam has used different kinds of drugs and alcohol to self-medicate. He says he has also been on various prescribed psychiatric medications. He dislikes the side effects that often come with these medications, which makes him not want to take them.

Bringing pain in the shadow.

Even on good days, Sam can sometimes still feel the shadow of his mental illness. He says he tries to learn to live with his demons by acknowledging that they're there, but he also affirms that his bipolar disorder does not define him.

When describing his bipolar disorder, Sam uses the comparison of swinging back and forth between the two temperature extremes of hot and cold.

Coming to accept the burning flames inside my mind.

Sam started experiencing the symptoms of bipolar disorder as a teenager. Although his illness makes life more difficult for him, Sam tries to keep a positive outlook. “I’m trying not to let the little things get to me,” he says. “It’s human nature to do that, though. But life is good. I try to think of bipolar as a good thing. There are a lot of things I can learn from it.

This image shows Peace Park, where Sam first experienced mania. “There’s a survival instinct that takes over when you’re manic,” he says. “It’s like you’re out in the woods and you panic for a bit, but then your body adjusts and everything is fine. The hardest part to go through is the guilt you experience after mania when you look at everything you’ve done.”

Bipolar disorder is a brain disorder that causes unusual shifts in mood and activity. Also known as manic-depressive illness, there are four basic types. Sam has bipolar I disorder, which is characterized by prolonged manic and depressive episodes. The manic episodes can consist of things like high energy, increased irritability and recklessness, and depressive episodes can include feelings of emptiness and hopelessness or being slowed down. For more information about bipolar disorder, consult the National Institute of Mental Health’s website. If you or a loved one is in crisis, call the toll-free National Suicide Prevention Lifeline at 1-800-273-TALK (8255).