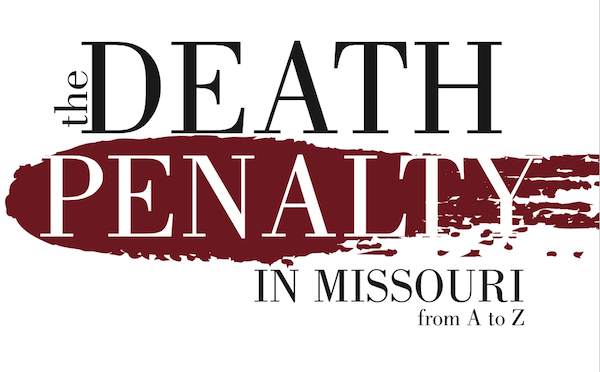 Last year, 35 people were executed in the U.S. Missouri accounted for 10 of them, its highest number ever.

As capital punishment has dwindled nationally, Missouri has jumped into the spotlight of an increasingly complex and controversial topic. Missouri is one of the death penalty states that has introduced new pharmaceuticals used in lethal injections and tinkered with the proportions of its drug cocktails — but it has done so with minimal testing and varying degrees of success and with protocols hidden, by law, from the public. Missouri continues its procedures despite a recent history of botched executions in other states; and despite the U.S. Supreme Court’s intention to decide, for the first time since 2008, whether lethal injections violate Eighth Amendment protection against cruel and unusual punishment; and despite pharmacists’ and physicians’ voiced condemnation of the process. In March, the American Pharmacists Association passed guidelines discouraging sales of drugs used for lethal injections, and the American Medical Association firmly states that physicians should not participate in executions.

The method of execution isn’t the only issue that has drawn criticism. Missouri recently executed a man who was missing a part of his brain. Since November 2013, the state has executed three men before their appeals had been exhausted. In 2013, Gov. Jay Nixon sent panic through the medical community when he originally refused to back down from the state’s plan to use the anesthetic propofol, even after the European Union, alarmed by states’ plans to use the drug in executions, threatened to slow exports. Propofol had reached the Missouri Department of Corrections by mistake and wasn’t returned for nearly a year.

In order to illuminate the varying angles of capital punishment in Missouri, a team of 12 reporters developed this topic into a comprehensive alphabetically ordered guide. Any encyclopedia aims to inform, and we realize the term conjures a boring image, but this is not that type of encyclopedia. We present you with facts (See C: Cost for capital punishment statistics you might not expect), but we also take you inside the old gas chamber at the Missouri State Penitentiary (See G: Gas Chamber). We take you back to the first lethal injection in U.S. history (See B: Brooks), and we introduce you to those directly impacted by capital punishment (See F: Family). We also talk to students at MU (See Y: Youth), to see how much they know about the death penalty in their own state.

What does it take to end a life? The people you’ll meet here have already faced that question: on death row, in their Jefferson City offices, in classrooms or courtrooms or wherever thoughts wander. The question isn’t going away, and Missouri stands to be a significant player in death penalty politics for years to come.

The Hippocratic oath advises to do no harm, leaving physicians who administer the death penalty with an ethical dilemma

Protestors speak out against the execution of Earl Ringo Jr.

Charles Brooks was the first man to die by lethal injection

in the quiet town of Bonne Terre

Emotional suffering extends to the relatives of all involved

In Missouri, first-degree murder warrants consideration of the death penalty,

Is Missouri executing too quickly?

The Missouri Department of Corrections is a public agency, yet it repeatedly declined requests for information

For Jim Hall, seeing his daughter's killer executed did not end his suffering

The moral implications of taking the life of a convicted murderer

Missouri now conducts executions with lethal injection, a process with its own set of challenges

with the general prison population

How race impacts the justice system and who’s responsible

Juvenile Missouri residents could be sentenced to death, until 2005

Tracking the death penalty through minutes, hours, days and years

A reporter recounts his experience watching an execution

The ancient Greek wrote about a quick death, something denied to Emmitt Foster in 1995

Missouri executions by county since 1976