We live in an age of nearly endless virtual capability. Never before have we been able to create such realistic, complex and emotional video games. Games like Red Dead Redemption, Call of Duty and Assassin's Creed lean heavily on their life-like renderings and expansive landscapes to draw in players, since obviously nothing else would, right?

Enter Untitled Goose Game, the 2019 production by indie developer House House that has taken the gaming world by storm, despite not meeting any of its typical requirements.

Untitled Goose Game revels in its simplicity, as seen from the title alone. There are no big action scenes, no complex musical scores and no mess of violence. Only you — as a goose with an absolutely awful personality. The game consists of you running around a tiny, pastel English village and wreaking havoc, as only a goose can, by stealing objects and scaring citizens with your menacing little goose honk.

In short, the game is adorable.

The beautiful animation and jaunty classical score paired with the objectively silly tasks turned out to be the secret recipe for a viral game. In the words of Sean Lander, creative director at Space Shark Studios in Columbia, the game is perfectly "memeable."

"My first interaction with it was seeing people posting jokes referencing it," Lander said in an email. "The entire concept of the game is having an absurd wrapper around a common puzzle genre."

At its core, Untitled Goose Game is nothing special. In many ways, it mimics classic puzzle games with its to-do list of vague mischief. Although the goose can interact with almost every part of the environment, it's up to the player to figure out how to complete tasks such as "rake in the lake" and "be awarded a flower."

When it's not a puzzle game, it's a stealth game, requiring lots of sneaky movement and distraction to keep the pesky villagers from noticing you and shooing you away. Despite the simple premise, this makes for a fun amount of anxiety during some of the game's trickier tasks.

"On top of that, the art is unique, so it stands out from everything else out there right now," Lander says. "The animations are amazing, a great mixture of procedural animation (check out Gang Beasts) and traditional animations that help make the goose feel organic and the people robotic."

In other words, there is a real aesthetic pleasure that comes from playing the game that other, more realistic games don't satisfy. The colors, sounds and movements feel whimsical and peaceful. Even the tasks, which at worst are mild annoyances for the victims, are completed with the satisfaction of knowing that no one was hurt, but some good pranks were still carried out.

Camden Brazile, a player at MU, calls the storyline "small and virtually inconsequential." Although this could be seen as less than complimentary on the surface, it's this lack of emotional baggage in the game's story that seems to make it so fun.

"It's so simple in concept but so unique and comical in practice," Brazile says.

On this last part of Untitled Goose Game and this damn bell is so loud and the piano is doing the most and I’m in my living room like this while these faceless villagers stalk my goose ass. Can y’all STOP! pic.twitter.com/hzs58QkhP5

So what does the success of Untitled Goose Game spell for the industry as a whole? Probably not much, and that's okay. Untitled Goose Game probably didn't set out to revolutionize gameplay, and its popularity doesn't mean that gamers love their traditional, complex games any less. Instead it is what it is, and what it is is a lovely, simple game that is accessible to players of any background and skill set. It is a breather in our busy day-to-day lives and way to work out some of our frustration without the guilt of causing any real pain. It's a bunch of other things as well, but most of all, it's worth a play.

Imagine saying 2019 is a bad year for gaming when Untitled Goose Game came out pic.twitter.com/rVX3rnBnSN

Q&A: Co-owner's work at a tabletop gaming store is all play 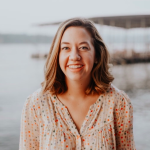