When Melissa Lewis asks her medical students about Native American patients, she says they reply, “Well, I’ve never seen them.”

This doesn’t seem right to Lewis, an assistant professor in Family and Community Medicine at the MU School of Medicine and a member of the Cherokee Nation in Oklahoma. She began work on her curriculum while she was still a professor at the University of Minnesota-Duluth, and her current project at MU involves youth leadership and cultural programs within the Cherokee Nation in Oklahoma. Melissa Walls, an assistant professor in the Department of Biobehavioral Health and Population Sciences who worked with Lewis at UMD, says, “We just try to think about this idea of ‘treat the patient, not the culture, but allow a safe space for people to express their cultural ways.’” Lewis looks to Walls as inspiration for her curriculum.

Lewis discussed her firsthand experience with the barriers Native Americans face in the health care system.

What kinds of challenges do indigenous people experience when seeking health care?

How did you develop your curriculum?

I invited all my students and native experts to help me. I asked them, “What do you think indigenous patients want these medical students to know, and how should we teach them?” It ended up being these seven-hour curricula mostly taught by folks who are outside of the medical school.

Have you experienced racism in the health care system as a member of an indigenous community?

Yes, all the time. I’ll even fill out some (medical) forms, and I’ll mark the box that says “American Indian.” I’ll get my paperwork back, and it says “White.” They just change it. Again, it’s this misunderstanding of what a native person is. So they want someone to almost come in with a headdress on for them to know that they’re a native person.

Does your community work in the Cherokee Nation fit in with your other medical work, and how? 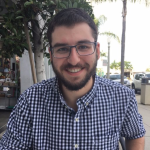