Given its interdisciplinary nature, the field of black studies tends to push the boundaries of conventional learning. MU’s Black Studies Department, which includes experts in topics including ethnomusicology and gender studies, hopes to continue that push during its annual conference this Friday and Saturday.

The event’s theme, “This Is Not Your Grandfather’s Black Studies,” was the brainchild of Christina Carney, a black studies professor at MU who served as chair for this year’s conference. The theme touches on two goals of the conference: focusing on new areas of research within the field while challenging typical notions about black sexuality.

“A lot of times historically black studies departments haven’t been wanting to speak about issues surrounding sex in particular, and also pleasure, because at the same time black communities are seen as being hypersexual,” Carney says.

Marlon Bailey, an associate professor of women's and gender studies at Arizona State University, is one of this year's keynote speakers. His talk will be on the ways respectability politics have made it difficult to talk about black sexuality. It will also address how to confront the issues facing sexual and gender minorities within black communities.

"I'm going to use my current project as an example of some of these questions," Bailey says. "What is sexual autonomy? What does that look like? What is sexual justice? How is that connected to sexual health within black communities?"

MU's Black Studies Department has hosted the conference each year since 2005, and it has been going on intermittently since at least the 1980s. Carney noted the importance of the event being located in a small college town surrounded by rural areas.

“You don’t really get to see a lot of these spaces particularly funded well in the Midwest,” Carney said. “You usually see these types of conferences in bigger cities like New York, San Francisco, San Diego or Chicago.”

Stephanie Shonekan, the chair of MU's Black Studies Department, says the “big question” is how to attract those to the conference who might not be keen on learning about black studies.

“It’s a question I ask myself every day of any of the programs that we are involved in,” she says. “How can we get new audiences? How can we get new participants who typically would not ever come to anything we do?”

Although the majority of students, faculty and community members who attend will already have an interest in the field, Shonekan says the exchange of ideas and perspectives at the conference can be used to educate others on campus or in the workplace. She also says the field of black studies is essential to understanding race in the United States.

“We are modeling what this nation should be doing, which is carefully doing the research, doing the thinking, helping each other critically think about everything from the NFL to Charlottesville,” Shonekan says. “Whatever side of the political aisle you stand on, it’s time to grapple with all this and place it in its context as part of American history.”

The conference begins at 8 a.m. Friday and will be open to the public. A schedule of the two-day event can be found on the MU Black Studies website. 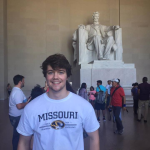