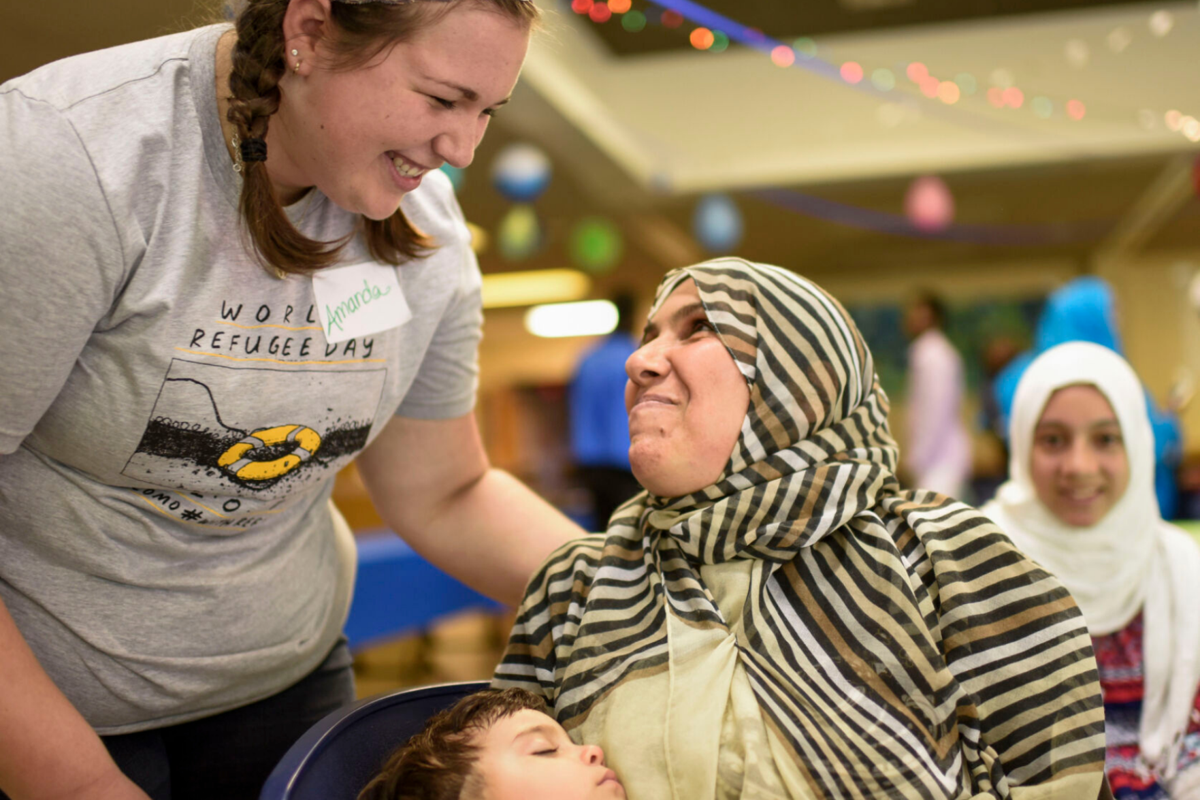 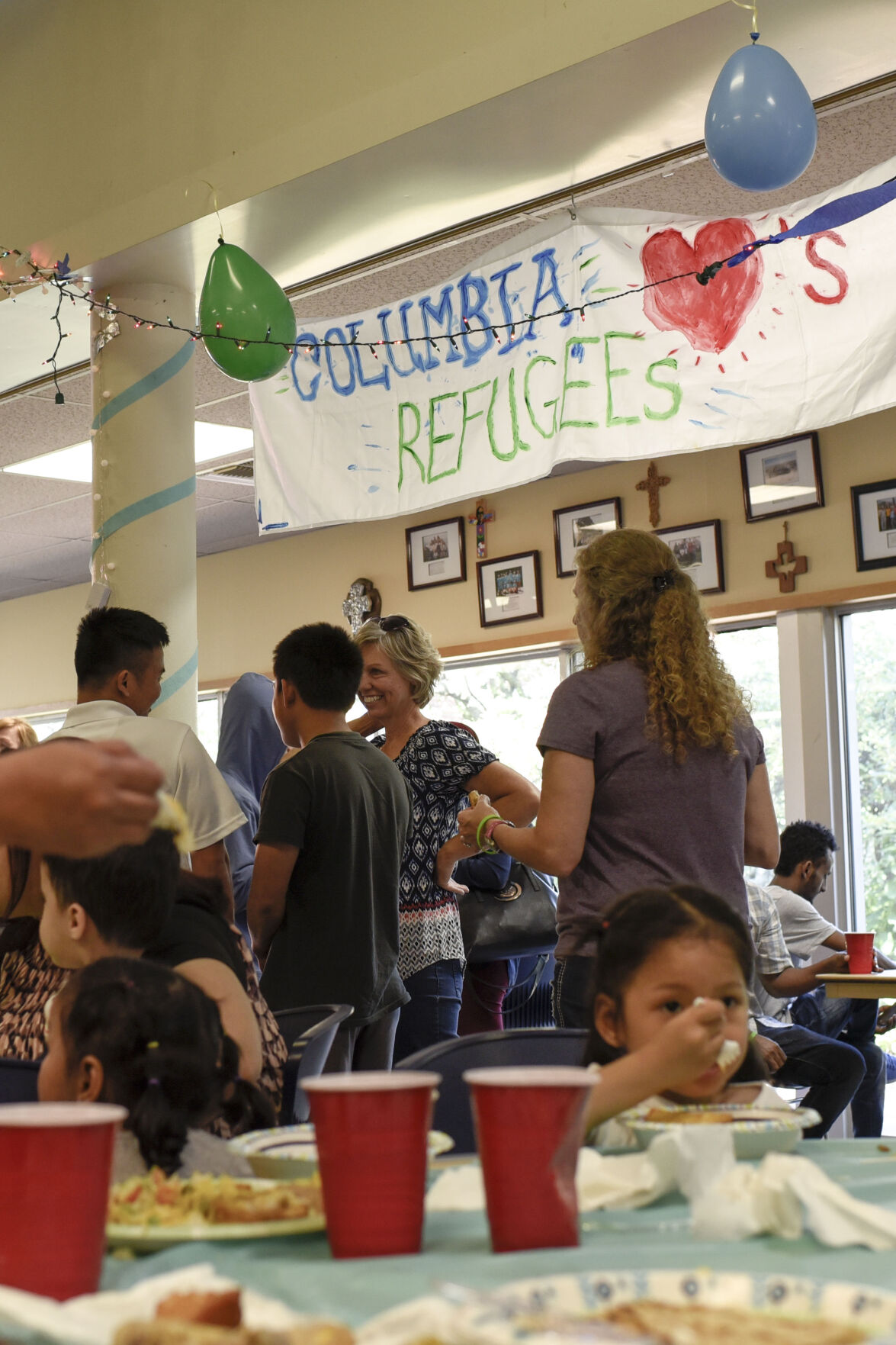 Whether by donating or volunteering, there are a variety of ways to support local organizations that help refugees.

Of the more than 130,000 people evacuated from Afghanistan in August, about 1,200 will resettle in Missouri. The state ranks in the top 10 of states receiving Afghan evacuees, according to U.S. State Department data. Dan Lester, the executive director of Catholic Charities of Central and Northern Missouri, estimates about 300 Afghan refugees will settle in mid-Missouri.

The evacuation began as the United States prepared to end its longest war by withdrawing troops from the country Aug. 30.

Catholic Charities is the resettlement agency for refugees relocating to mid-Missouri. As an affiliate of the United States Conference of Catholic Bishops, one of nine national resettlement agencies, the organization has welcomed refugees to mid-Missouri for more than 45 years and helped more than 4,000 refugees. The agency had assisted 110 Afghan arrivals as of Nov. 9.

People fleeing Afghanistan face several barriers to finding refuge. According to Refugee Council USA’s website, the resettlement process begins when candidates are referred by the United Nations Refugee Agency. Then, refugee officers from the U.S. Department of Homeland Security interview the candidates. If the candidates are approved, they complete health screenings and receive any necessary medical care. The Refugee Processing Center obtains an assurance for the candidates from one of the nine national refugee resettlement agencies. Assurances confirm that a local agency can receive the candidates. Once resettlement agencies confirm assurances with local affiliates, refugees travel to the communities where they will resettle. Tens of thousands of Afghans are on U.S. military bases waiting to be resettled by local agencies.

As refugees enter the U.S., nonprofits such as Catholic Charities and City of Refuge are integral in the process of making sure people receive support to rebuild their lives.

The first face refugees see when they arrive in Columbia is someone from Catholic Charities greeting them at the Columbia Regional Airport. “When you see people coming off the airplane, and they’re smiling, and they feel safe, and they feel secure, then that really can help give you the energy to keep pushing forward, to try to make a positive change,” Lester says.

These groups handle resettlement in a way that spreads the workload among volunteers and sponsoring groups. Volunteers take on some of the day-to-day tasks of helping people integrate and become comfortable in the places they resettle. “It helps newly arrived refugees to more quickly feel at home in their new surroundings because they have a community that wraps their arms around them and really welcomes them,” Lester says.

Unlike Catholic Charities, City of Refuge is not a resettlement agency, which means that the organization helps people after their initial relocation. Leah Glenn, the program coordinator at City of Refuge, says the nonprofit remains as a resource to refugees no matter how long they have been in the U.S.

Glenn says people first come to City of Refuge with many questions about learning English or finding a better job. “And then, as the years go by, they become better acclimated to life here,” she says. “They may have fewer questions, but maybe they’re wanting to know how to vote and understand more elaborate things with our culture.”

Jenifer Perkins, a parent educator at Columbia Public Schools, helps resettled families with groceries, English lessons, and finding community resources. “You get to know a lot about them, and you just form a great friendship,” she says.

Perkins says the families she works with learn about culture in the U.S., and she learns about the families’ cultures. “It’s been fun learning about the foods they eat, what happens at home and the difference between the parenting styles,” she says.

To work with either organization, visit their websites for applications:

How to get involved

There are several ways to volunteer at charities that assist refugees, such as sorting files and donated goods, assisting with English language learning, helping at community events as front-desk attendants or greeters, providing childcare or setting up an apartment for resettled people.

Catholic Charities has an Amazon Wishlist on its website that includes the most-needed items. Items on the wishlist include lotion, towels, detergent, diapers and baby clothes.

Lester says if you can afford to donate money, cash donations give the agency the most flexibility to purchase essential items, pay rent, stock fridges or take care of anything else that might be needed on a case-by-case basis.

How one organization loves locals through hardship

Give thanks by giving back

Three local sustainability organizations you can support, volunteer for and learn from