Jessica Robertson says she believes everything happens for a reason.

One fall day in 2013, she came home to find her house in Columbia ransacked and her 9-year-old cockapoo, Armani, severely beaten. Robertson stayed by Armani’s side through months of recovery, and the ordeal opened her eyes to the many pet owners who aren’t able to afford such health care for their dogs or cats.

Armani lived for a year and a half following the incident before he died due to related complications. Robertson still tears up when talking about Armani, but she turned a terrible situation into something good: Armani’s Angels, a nonprofit organization originally founded in the MU College of Veterinary Medicine that helps pet owners pay veterinary bills for their seriously injured or ill animals.

Nearing its second anniversary, Armani’s Angels is growing. The organization achieved tax-exempt status in February, and board of nine women has the freedom to allocate funds at its own discretion.

James Holland is one recipient of Armani’s Angels’ funds. Holland’s 9-week-old border collie-Labrador mix, Dipstick, needed tests and surgeries for his bladder stones, and the organization offered to fund his care. “I wouldn’t be looking at my puppy right now if it wasn’t for them,” Holland says.

For pet owners such as Holland, Armani’s Angels has been a saving grace. For Robertson, it has been a coping mechanism to move past Armani’s death.

What happened that day you came home in October 2013?

Armani didn’t greet me at the door. He was always at the door, so my heart sank. I found Armani in the office just lying there. He was trying so hard to get up and look at me. When we got him to the vet, they told me, “It’s really bad. What do you want to do?” And I know doctors always have to be not as optimistic as we wish them to be. But I said, “I don’t care what you have to do. I don’t care what it’s going to cost. I will not have my last memory of Armani be of him lying there in a pool of blood.”

How did your experience with Armani lead you to create this organization?

There were a lot of sad, sad stories. One animal in particular was a little pit bull puppy. The young couple who brought him in was screaming in agony, just heartache, and they didn’t even have the money for euthanasia. One of the vets ended up paying the bill. That always stuck in my mind. I sat there, and I witnessed this horrible thing and did nothing about it. That’s why I decided to create the organization.

Has Armani’s Angels helped you move past Armani’s death?

I would much rather have Armani alive today, but a lot of people have a lot of bad things happen in their life, and all we can do to move on is try to make lemonade out of lemons. I hope that’s what I’ve done, and it does help. Clearly it’s still a wound to talk about him, but I’m very proud of Armani’s Angels, and I hope he’s up there happy too.

How does Armani’s Angels fit into your daily life?

I think, for a lot of us, we get so wrapped up in our busy lives that this is kind of the thing that we do that makes us all feel really good. That’s why we continue to do it. I couldn’t do it without these women on the board, so thank goodness that they’re so awesome, and they love me.

Has Armani’s Angels affected your relationship with friends who are on the board with you?

I think it’s made us all closer. We all just pat each other’s backs, and a lot of days, you don’t get that in jobs. This is teamwork. Teamwork is awesome. Just that sense of unity, and our friendship has grown because of it.

What has been the most rewarding part of creating this organization?

Just seeing the relief — knowing that people can continue loving their animal. It’s really heartwarming. In this world, we all need things that make people feel relief, and I love being a part of helping others feel that. 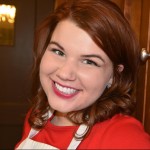