A group of people socially distance in public because of the COVID-19 pandemic. 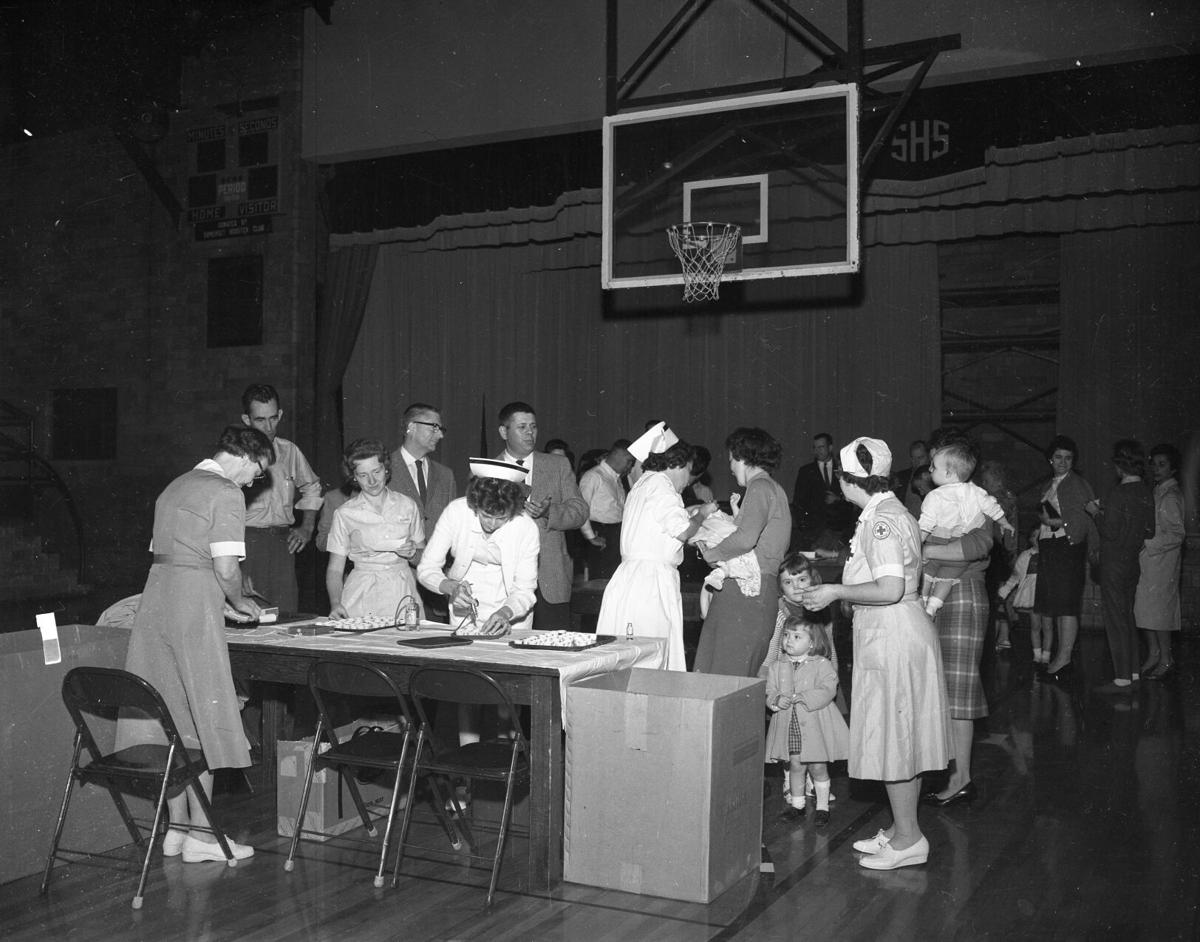 A team of nurses distribute the polio vaccine in the early 1960s.

It sounds like something out of a sci-fi novel: Just let the virus run its course, and soon most of us will be immune.

Letting COVID-19 run wild is one way to achieve “herd immunity,” the point at which enough people are immune to a disease that it’s unlikely to spread further. Some advisors to President Donald Trump’s administration have recently advocated letting healthy individuals return to normal activities and build up the population’s immunity while protecting the more vulnerable.

But mainstream public health experts say such an approach would be dangerous. “Herd immunity, a goal of vaccination campaigns, should never come at the cost of planned exposure to infection of millions of additional people as well as the severe illness and preventable deaths of hundreds of thousands of people,” according to a statement from the Infectious Diseases Society of America.

So what exactly is herd immunity, and how does it work? Vox caught up with local public health experts to find out.

Immunity is resistance to a disease gained through the immune system's exposure to an infection or through vaccination.

Herd immunity happens when a high percentage of a population is immune to infection from a disease. There are two ways you can reach this high percentage: (1) rapid natural infection or (2) vaccination.

An NPR analysis showed that nationally, African-American deaths from COVID-19 are nearly two times greater than would be expected based on their share of the population. And in a few states, the rate is three or more times greater.

Once there is a vaccine, Lynelle Phillips, a professor at MU's Sinclair School of Nursing, recognizes the need to pay special attention to minority communities that have been disproportionately affected by the virus.

Her colleague, Ram Ragahavan, a professor of veterinary pathobiology, agrees with her. “Some communities may have to be treated preferentially, for lack of a better word, because they seem to be more affected by this than others in the community,” he says.

He goes on to mention that individuals could be more affected by how they live spatially, their income level or the access they have to health care. These communities have to be prioritized for vaccination because they are more susceptible to the virus.

A new study published in May 2020 by doctors affiliated with Harvard School of Public Health and John Hopkins University School of Medicine details the need to flatten the curve of racial disparities in health.

“The striking racial/ethnic disparities reported for COVID-19 infection, testing and disease burden are a clear reminder that failure to protect the most vulnerable members of society not only harms them but also increases the risk of spread of the virus, with devastating health and economic consequences for all,” the study states.

Though minority groups aren’t included in Phase 1 of Missouri’s vaccination plan, which is reserved for healthcare workers, nursing home residents and emergency responders, Missouri administrators plan to vaccinate populations that are at increased risk of acquiring or transmitting COVID-19. Those populations include racial and ethnic minority groups, housing-insecure individuals, people living and working in congregate settings and other groups and communities at higher risk of severe outcomes.

Stephanie Browning, Boone County Public Health director, says “when there is herd immunity for a disease, it offers protection to others who have not had the disease previously because there is limited opportunity for community transmission.”

The polio vaccine is an example of how a vaccine can create herd immunity in the U.S. and around the world. During the late 1940s, polio outbreaks disabled an average of 35,000 people each year. Symptoms included paralysis, meningitis or the feeling of pins and needles in the legs. Fully recovered patients would develop new muscle pain, weakness or paralysis as adults, sometimes 15 to 40 years later.

The polio vaccine was introduced in 1955 by Jonas Salk and after widespread vaccination, polio has been nonexistent in the U.S. since 1979.

“We pretty much eradicated the disease,” says Ram Ranghavan, a professor of veterinary pathobiology at MU.

COVID-19 vaccines are in development, but could we develop natural herd immunity in the meantime? Dr. Anthony Fauci, director of the National Institute of Allergy and Infectious Diseases, said at an event in September that the U.S. is a long way from herd immunity. To reach herd immunity, 70% or more of the U.S. population would have to be either vaccinated against COVID-19 or infected by the virus, he said, but the U.S. is currently in the single digits.

“Okay, so if you presume that in the U.S., 4% of our population has had COVID, and they have some immunity, to get to that 4%, we had over 200,000 deaths,” she says. “That's a lot of people that will die before we get to 70%. Reaching herd immunity without a vaccine is not a good plan.”

Because the virus is so new, there’s still a lot to learn about its effects.

“We don't know very much about how the immune system works against coronaviruses,” says Ranghavan. "There's a lot that needs to be done, and herd immunity comes at the end of a lot of those things.”