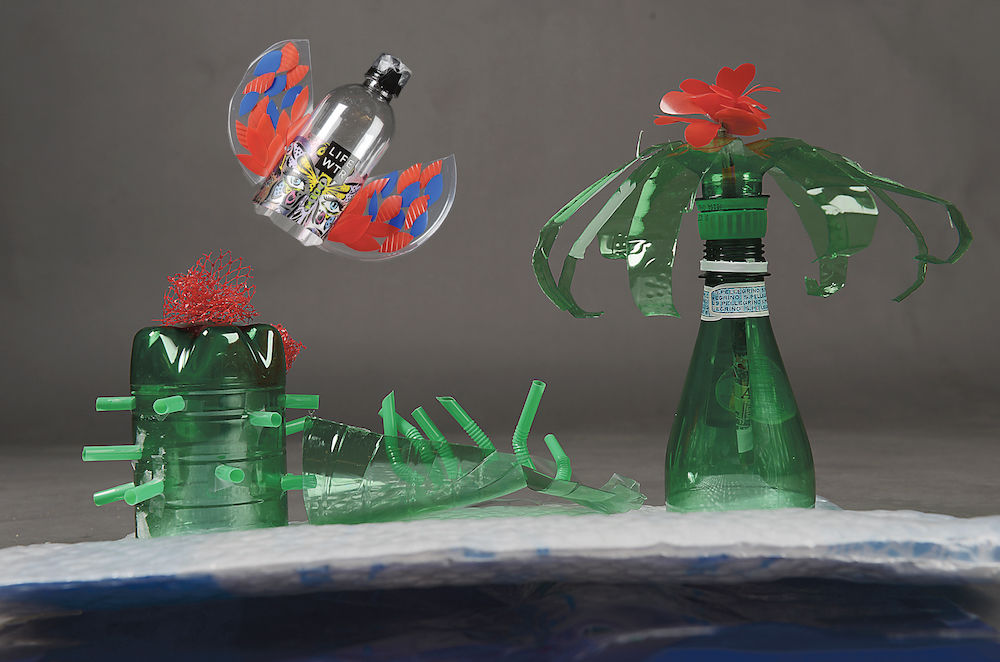 The plastic bottle you threw out your car window onto the street will eventually find its way to sewers, through the rivers and into the stomachs of marine life. 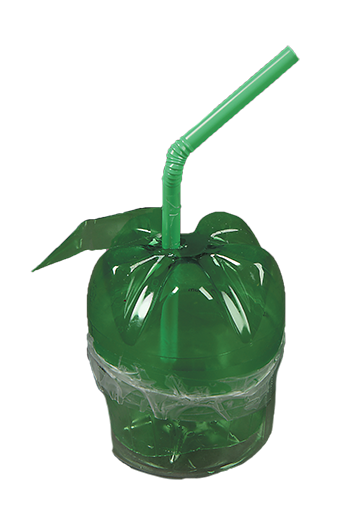 Plastic materials in oceans and landfills have become an environmental concern. 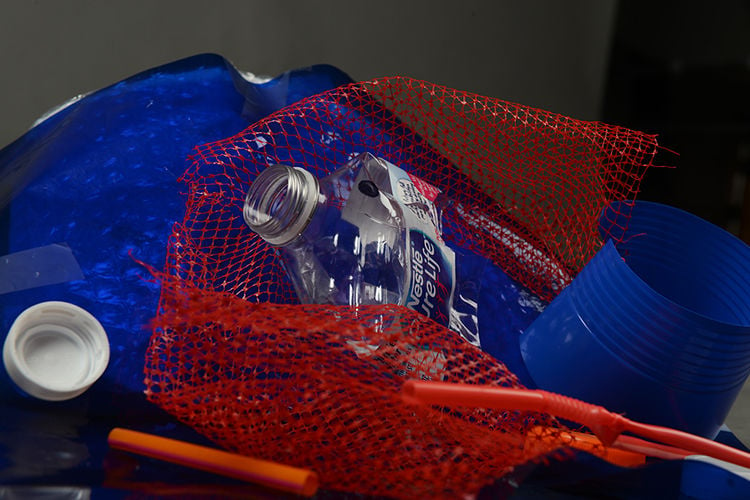 Microbes, algae and other single-cell organisms in the ocean have been colonizing in the plasticsphere," or, plastic marine debris.

Most everything we touch will, at some point, become trash. That to-go box will end up in a landfill. The vending machine will break down. Your laptop, cell phone, clothing, shoes, instruments, pots, pans, washing machine — all trash-to-be, waiting to enter a global system of buyers, sellers, diggers and dumpers we don’t much think about. We leave our trash and recycling bags on the sidewalk with peace of mind, indifferent to what happens after.

I’m not holier than thou (though I do ride a bike). I rarely think about these things. My recycling habits are inconsistent at best, my consumer practices wasteful. I’m guilty of using what became, this summer, the Environmental Enemy of the Year: straws.

As you’ve surely heard, straws litter our oceans. They’re getting lodged in turtles’ nostrils. They’re floating down Hinkson Creek, into the Missouri River, down to the Mississippi and depositing into the Gulf of Mexico.They’re also in our recycling bins and in our landfills. Straws’ ubiquity shocked us, so companies took charge: Starbucks said it would remove single-use straws by 2020. Disney, by 2019. The movement has localized: Barred Owl made the switch to metal straws this year, and La Siesta has stopped providing straws unless you ask.

Those small steps can turn to big ones, says Dr. Amanda Carrico, an assistant professor and environmental social scientist at the University of Colorado in Boulder. Straw removal is fairly strategic, Carrico says. “It’s bringing attention to plastic in general. What plastics do we really need?”

She studies the “spillover effect,” the idea that one eco-friendly action can lead to the next. She and her colleagues have found this shift to be more attitudinal than behavioral. In other words, consumers might ponder the virtues of an eco-friendly lifestyle but not live it.

We need to modify our consumer habit-building, making more conscious efforts, she says. Maybe that means buying a reusable straw to replace single-use ones, biking to work instead of driving, using recycled bags, composting, going vegetarian.

After all, straws account for a small sliver of the persisting concerns around plastic. Five-hundred billion plastic cups are used worldwide each year, 1 trillion single-use plastic bags, 141 million metric tons of plastic packaging. All the while, the Great Pacific Garbage Patch — a gargantuan mass of plastic waste equal to the weight of 500 jumbo jets and covering a space two-and-a-half times the size of France — idles in the ocean.

“It’s not a bad thing for people to push for plastic straw bans,” writes Kaitlin Raimi, a social psychologist and professor of public policy at the University of Michigan, in an email. “Tackling plastic pollution will require institutional change as well.”

Given that institutional change is unlikely to occur at the federal level — “The Trump administration has entered Stage 5 climate denial,” a recent Guardian headline reads — it’s often up to local governments to enact change. That can be a struggle. In 2015, a proposal banning most plastic single-use shopping bags was withdrawn by the Columbia City Council, citing a need for more community debate.

The next step for researchers is better understanding how individual consumer practices, private business practices and institutional policies interact with one another. “Just being conscious of what you purchase is a good mindset to be in,” says Patricia Weisenfelder, the community relations specialist for Columbia’s Office of Sustainability.

I was still struggling with such consciousness. After my interview with Weisenfelder, I was at Uprise Bakery ordering an iced vanilla latte. It arrived with a straw, and I did not think. I plopped the straw into my drink — my first encounter with single-use shame.

That was the last straw. I decided to start simply by recycling, with what Ben Kreitner, Columbia’s waste minimization coordinator, calls the “gateway drug to environmentalism.”

He wanted to be a fisheries and wildlife manager until he realized bringing species back into the environment doesn’t matter “if the environment is a wreck.” Now he spends his days surrounded by trash. “You start to understand the root of all those problems is the economy,” Kreitner says. “Produce more materials, produce waste, throw away waste — it’s a very linear system.”

On the tipping floor in the Material Recovery Facility, where every piece of recycling in Columbia arrives, debris cluttered the floor around us. Kreitner pointed out which materials go where.Each year, about 16,000 tons of material flows through this facility, where it is sorted, condensed into cuboids and sold to the highest bidder.

So think about straws, he says. They’re small, but if you consider all the energy it takes to extract the raw material, transport it to a factory, make the straws, send them to a distributor and then bring them to consumers, well, it’s impossible to measure the entire greenhouse gas reduction by removing them.

I decided to start small with straws. I shopped for a reusable one. I could buy the Koffie Straw from Amazon, but reviews mentioned the excessive plastic packaging. Seemed counterintuitive. There were glass straws, extra-long silicone straws, even organic bamboo straws — the most chic of my choices.

I settled on the SipWell Stainless Steel option, recommended by a friend who keeps hers in a crumpled Ziploc bag. The purchase would arrive within two days. The steel had already been extracted, the product formed in a factory. They’d arrived at the Amazon warehouse, and sometime after that, my mailbox was filled with metal straws wrapped in a thin layer of plastic packaging.

The plastic was inescapable, and I felt I had no choice. So into the trash the wrapping went, and into the dumpster that trash bag flew. It would wind up six miles northeast of my apartment, in a city-owned landfill nearing full capacity. A white plastic trash bag, filled with more plastic — one small drop in the bucket, one giant mess for mankind.