We've all been there before. You have a plethora of tasks to do but no urgency to get them done. Instead of studying, you decide to spend two hours scrolling through your endless TikTok feed. Instead of preparing for your work presentation, you decide to binge-watch another Netflix series.

At the last minute, you frantically start completing your long-awaited tasks. You may start to question why it’s so easy for you to fall into this cycle. You might wonder, "Why do I procrastinate? How can I break this cycle? What can I do differently?"

“Procrastination is an emotion-focused coping strategy, and that’s really important to understand. It’s a failure of self-regulation because we become our worst enemy,” says Tim Pychyl, associate professor of psychology at Carleton University and operator of the Procrastination Research Group. “We’re trying to make ourselves feel good when we procrastinate. Our present self wins and future self loses. That’s the reason we procrastinate.”

In order to become productive, you must change your way of thinking about your task loads, the emotions you associate with your work and ultimately yourself.

Here are some general tips to help you change your mindset and fight against procrastination.

Start with the little things

A major part of procrastination is feeling stuck and not knowing the beginning point or next step of a certain task. Rather than forcing yourself to start and complete the task in its entirety, it may be easier to spread it out into smaller increments.

Pychyl says this is the best way to consistently ask yourself what the next action needs to be and keep that action tiny.

Linda Pogo, a licensed professional counselor in Columbia, described this process as doing the smallest possible thing you can in order to move in the direction of what you want to accomplish.

For example, if you had to write an essay, the first step wouldn't be big like opening a new document and starting to write, it would be small like researching and finding your first source. Your next action would be finding your second source.

Breaking up your large, dreaded task into multiple small ones makes it more tangible.

Manage your own emotions

Because procrastination is an emotion-focused coping strategy, it is important to manage your own emotions.

To help manage fear and anxiety, Pogo says you might need to lessen how much you're asking of yourself if it’s too big and overwhelming of a task.

Another way to manage emotions is through a self-inquiry process, Columbia life coach Sarah Hoover says. It begins with discovering what your emotions and feelings are, as well as the meaning and benefits of the emotions. Once you have an understanding of your emotions, you can take actions based on them.

“If I’m feeling afraid, I can feel afraid and still take this next step," Hoover says. "I’m tired so I can put this next step on the calendar for a time later and I can rest. If I feel that all my pieces are not aligned because maybe I skipped a step, I can see what I can go back to do. This helps me figure out whatever I feel like I have to procrastinate on.”

It is very important to forgive yourself for past bouts of procrastination, rather than belittle yourself and avoid the task.

Pychyl says his studies showed that people who forgave themselves for procrastinating, procrastinated less when they faced the task again. This is because forgiving yourself diminishes a layer of avoidance.

“It’s important for people to recognize that you’re going to screw up," Pychyl says. "You're going to make mistakes, and you’re going to procrastinate some days when you don’t want to work. You have to have some self-compassion. Forgive yourself so you’ll want to try again.”

How to stay productive when working from home

Techniques for staying stress-free after a long weekend

Feeling fatigued in 2020? You're not alone 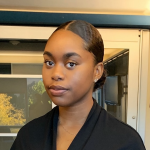