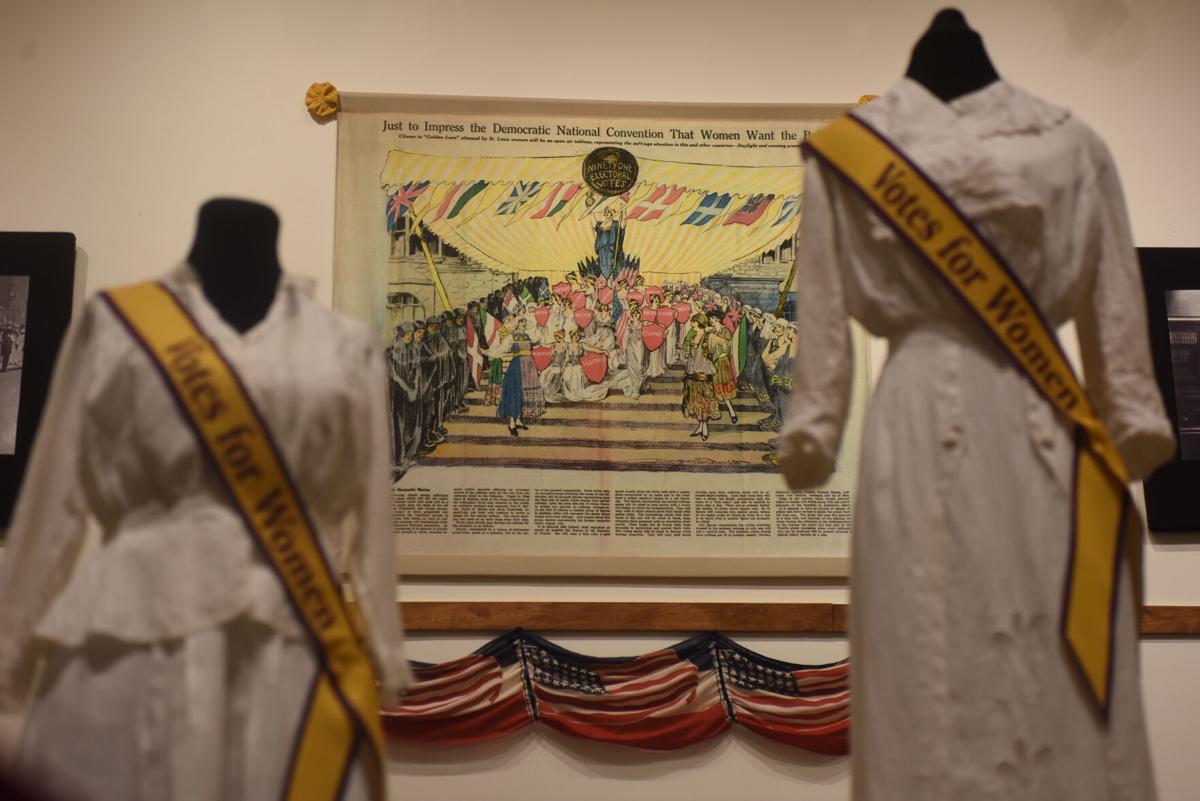 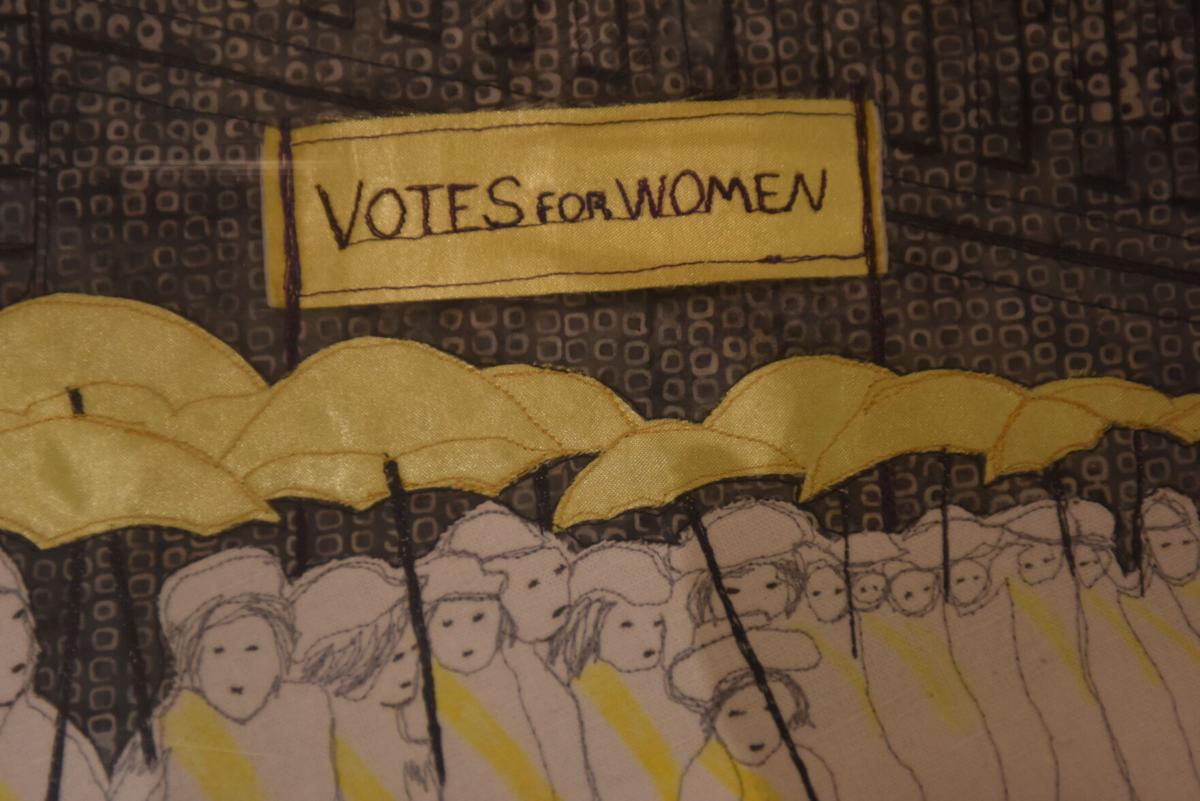 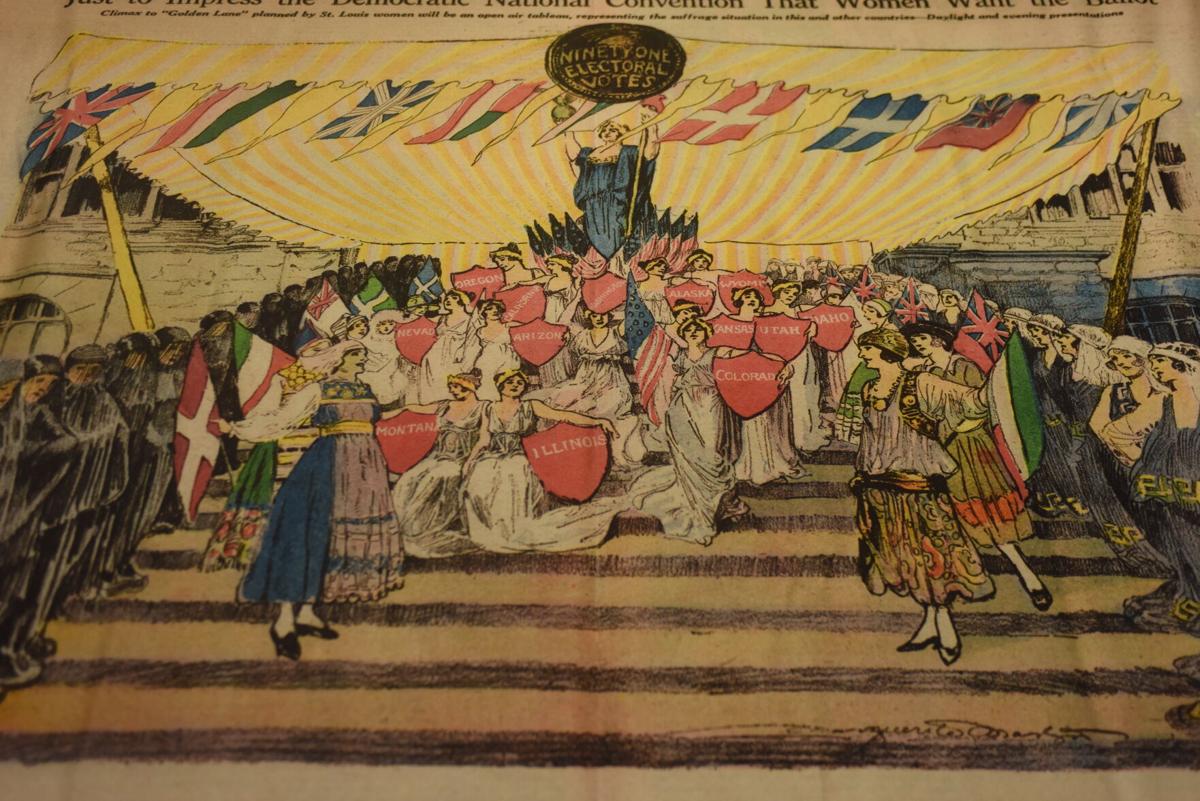 A sketch by Marguerite Martyn that ran in the St. Louis Post-Dispatch's Sunday magazine in 1916 hangs enlarged at the center of the exhibit. 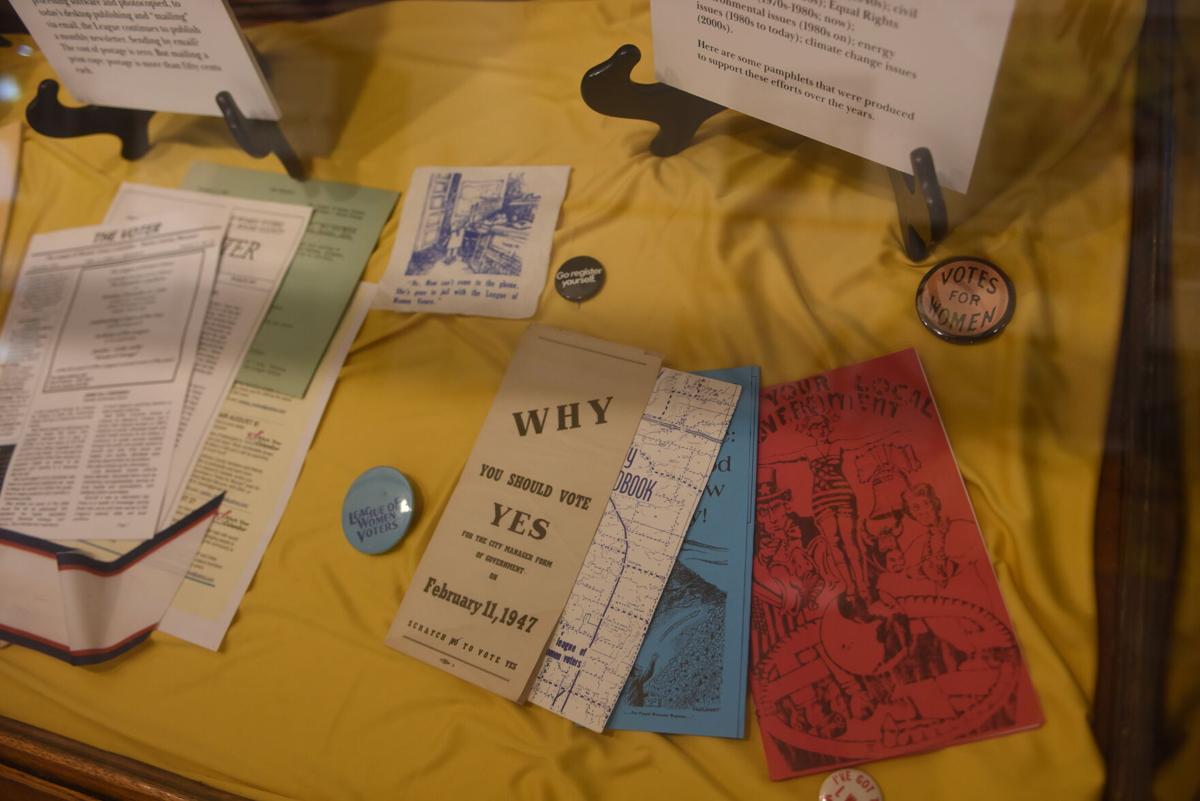 Part of the exhibit is dedicated to Columbia suffragists and the history of the Columbia-Boone County League of Women Voters.

Thinking of the women's suffrage movement brings to mind images of women picketing outside the White House, marching in the capitol and banners reading, "Votes for women." But the push for the passage of the 19th amendment took hold nationwide, and Missouri was no exception.

What: "She Got the Vote" exhibit

Boone County History and Culture Center Executive Director Chris Campbell says that although the exhibit was intended to close Sept. 30, the Center now plans to keep it open for the rest of the calendar year.

At the Boone County History and Culture Center, the "She Got the Vote" exhibit is celebrating Columbia's and Missouri's roles in the larger suffrage movement. The exhibit opened last fall to commemorate the 100th anniversary of the passage of the 19th amendment in 1919 and its ratification in 1920. Missouri was the 11th of 36 necessary states to ratify the amendment.

Although the amendment gave the right to vote to all women, Black women were often kept from casting their ballots by restrictions such as poll taxes and other local laws. It wasn't until the passage of the Voting Rights Act of 1965 that such barriers were outlawed.

As the U.S. approaches the Nov. 3 general election and the conversation around racial and gender equality has reignited, the celebration of women's suffrage remains relevant.

The exhibit is full of nods to Columbia's suffragists both male and female. The Columbia Equal Suffrage League was founded in the early 1900s, and its first president was former MU president Richard Henry Jesse, the namesake of Francis Quadrangle's Jesse Hall. The exhibit features more information on the group and copies of minutes from one of its meetings.

"These very powerful women said, 'Everybody in the whole state knows you. Why don't you be president of this? Because it'll get us more attention in the press, and men will pay attention,'" says Chris Campbell, executive director of the Boone County History and Culture Center. "I always thought that was a part of the story that a lot of people don't know."

There's also a photo of MU chemistry major Hazel Hunkins participating in the famous National Woman's Party protest outside Woodrow Wilson's White House. Women such as Hunkins, who wore a sash that read, "U. of MO," became the first group to protest outside the White House in 1917.

When officials walked the 10 blocks from the Jefferson Hotel to the St. Louis Coliseum for day one of the 1916 Democratic National Convention, they walked along a street lined with silent suffragettes. In what became known as "The Golden Lane," about 7,000 women from around the country gathered for a "walk-less, talk-less parade" advocating for the party to endorse women's suffrage. That year, they did.

The white dresses, purple and yellow sashes and yellow parasols they wore became iconic, and thanks to the Boone County Historical Society, three such ensembles are on display as the centerpiece of the exhibit.

"You just walk into the room and it just hits you," says Marilyn McLeod, president of the League of Women Voters of Columbia-Boone County, which loaned items for the exhibit. "You see the women and their sashes."

Tableau on a tapestry

The culmination of the Golden Lane protest was a tableau staged by suffragists to represent the fight for voting rights. Marguerite Martyn sketched the demonstration for the June 11, 1916 issue of the St. Louis Post-Dispatch's Sunday magazine. Her sketch is now enlarged and displayed on the exhibit's back wall.

Black women-owned businesses uplift each other to overcome pandemic challenges

Four men in a hot tub and a seal on a bedsheet: The origins of Columbia's flag

Three unique Airbnbs for your next in-state getaway